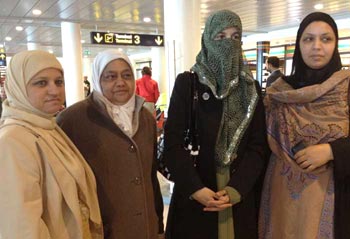 Mrs. Ghazala Hassan Qadri (Member of Supreme Council of MQI) successfully completed her four-day tour of Denmark and left for Canada on the 8th of May. Executive members of Minahj-ul-Quran International Demark said her goodbye at the airport. During her stay in Denmark, Mrs. Ghazala Hassan Qadri attended a number of conferences on women rights and spoke to a wide audience.