European Peace Conference 2012 is being organized in Copenhagen on September 9 under the banner of Minhaj-ul-Quran International Denmark. The chief highlight of the Conference is the keynote address of Shaykh-ul-Islam Dr Muhammad Tahir-ul-Qadri, the founding leader and patron-in-chief of MQI that he would deliver to multi-faith audiences comprising people from different walks of life.

According to Muhammad Bilal Uppal, MQI Denmark and Minhaj European Council General Secretary, the phenomenal success of ‘Peace for Humanity Conference’ held last year in Wembley Arena (London) has paved the way for a similar moot in Denmark. The mega event aims at building bridges among different cultures, faiths and civilizations by focusing on commonalities, promoting great community cohesion and interfaith dialogue.

National Executive of MQI met to review arrangements for the Conference. Different administrative committees were established on the occasion. Preparations have been afoot for participation in the moot across Europe after the date of its holding was confirmed. 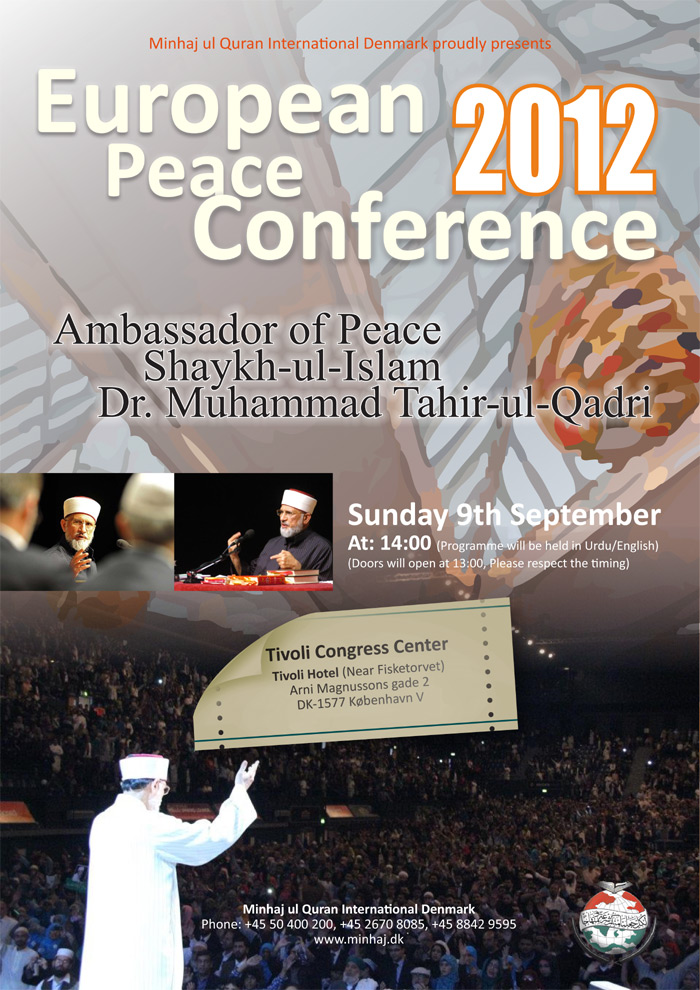