Minhaj Welfare Foundation in cooperation with Muslim Youth League UK and Penndel Community Radio Awaz 130.1 FM organized a fundraiser to help people suffering in Syria. The event took place on Sunday 26th of May 2013, at the Ace Centre in Nelson. 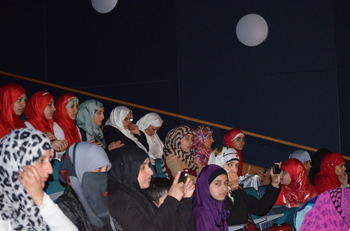 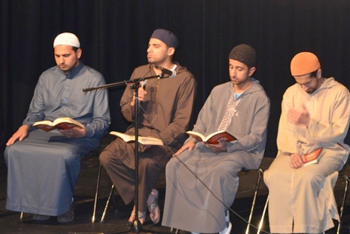 The afternoon was packed with entertainment for the family. The event opened with the recitation of the Holy Quran by Hafiz Yaseen, followed by a performance by host Zain Shabbir and tabla by Hafiz Yaseen. Up next was Brother Abdul Jabbar from Burnley who recited a poem praising Allah (S.W.T) and an Arabic and Urdu nasheed praising the Beloved Prophet (S.A.W). Syrian style nasheeds were recited by the Keighley Munshids, who enlightened the hearts of the audience with their melodious voice. 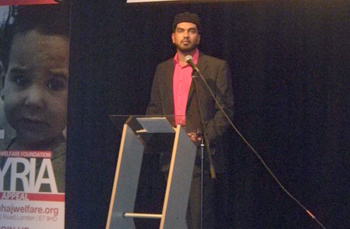 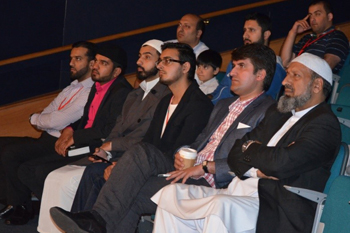 After a 20 minute-break, Shaykh Rehan Ahmad Raza Al-Azhari delivered a spiritual talk on the concept of Ibadah (worship) and giving in the way of charity. The Shaykh emphasised that any action or deed which is carried out for the pleasure of Allah Almighty and His Beloved Messenger (S.A.W) is considered an act of worship. Shaykh Rehan gave the example of knowledge. When you educate yourself in order to educate humanity and ultimately for the sake of Allah (S.W.T) and His Beloved Rasool (S.A.W), this then becomes a form of worship.

The Shaykh highlighted the words of Imam Ghazali (RA). Imam Ghazali (RA) said ‘Ilm’ refers to three types of knowledge, science of Aqeeda (Belief), science of Fiqh (Islamic Jurisprudence) and science of Tasawuf (the heart). The Shaykh then moved onto the importance of giving in the way of charity. He mentioned some Ahadith of The Holy Prophet (S.A.W) which stressed the importance of charity. A Muslim should assist his Muslim brother who is less fortunate than him in three ways, financially, physically and morally. The Holy Prophet (S.A.W) said, “My Ummah is like the human body. When one part of the body is in pain the whole body feels the pain”. 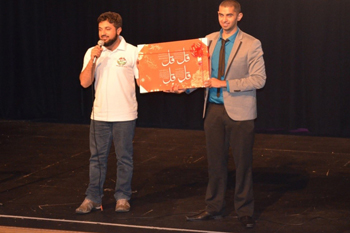 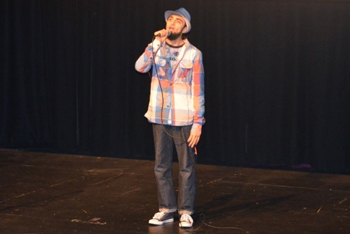 Everyday innocent Syrians are starving, dying and becoming homeless, so we should feel their pain and help them in this time of need. The Shaykh mentioned that Syria was known as the ‘Land of the Prophets’ and the most beautiful country after Makkah and Madina. He concluded by saying that “whoever eliminates a calamity from a brother, Allah removes a calamity from him on the day of judgement. It is an investment”. Brother Adnan Sohail who is the project manager at MWF conducted the fundraising part of the event. He showed a video of the crisis in Syria which touched the hearts of the audience. He mentioned that over 7 million children, women and men have been displaced. The people of Syria are in need of food, water and medical care. The fundraising included auctioning of a canvas with Islamic calligraphy and raffle tickets were drawn out of a box.

The event came to a close with a performance by the award winning nasheed artist Adam Ali. Adam Ali recited nasheeds in English which the audience really enjoyed. People from Nelson, Burnley, Accrington, Blackburn, Bradford and Halifax attended the event. The event was also aired on Awaz radio and the internet. There were stalls which presented selling of clothes, henna painting for the children, books and DVDs of Shaykh-ul-Islam Dr Muhammad Tahir ul Qadri, Naats and Nasheeds CDs and frames and canvases with Islamic calligraphy. The event concluded with the collective recitation of peace and salutations upon the Beloved Prophet (S.A.W) by Zain and Abdul Jabbar with the tabla and a powerful dua by Shaykh Rehan Al-Azhari.

On behalf of Minhaj Welfare Foundation, Pendle Community Radio and MYL UK, a very well done to all the volunteers and a big thank you to all the participants and guests who made the event a success. May Allah (S.W.T) through the waseela of His Beloved Messenger (S.A.W) reward everyone abundantly, Ameen.