Dr Muhammad Tahir-ul-Qadri condemns both kinds of terrorism, instigated by groups or states

"The foundations of the Islamic state of Madina were based on peace, harmony, solidarity and tolerance." (Dr Tahir-ul-Qadri)

"The Prophet (PBUH) is the supreme exemplar of moral behaviour and service to humanity." (Dr Tahir-ul-Qadri)

LONDON: Dr Muhammad Tahir-ul-Qadri, addressing thousands gathered at the Global Peace & Unity (GPU) Conference in London, condemned and ordered the end of the killing of innocent people by both groups and states. He said that if any organization or group was indulging in terrorism and militancy in the name of Islam in any part of the world, it was their individual act, which had nothing to do with Islam. He said terrorism in the name of the great faith represented the negation of Islamic teachings and shared values of humanity. On the other hand, Dr Tahir-ul-Qadri condemned acts of murder and occupation committed by nation states under the pretext of war, which are nothing but acts of terrorism, no different from that committed by terrorist organisations.

Dr Tahir-ul-Qadri said the perpetrators of such crimes should be brought to justice, adding that there was absolutely no justification for punishing and persecuting innocent people. He said that it was responsibility of the Muslim world to impart the correct and genuine Islamic education to the youth so they do not fall prey to indoctrination and propaganda of the extremists and terrorists.

The conference, held on 23 and 24 November at the Excel Centre, was attended by renowned religious scholars, opinion makers, community leaders and politicians from across the world. Renowned Qur'an and Nasheed performers of international standing took part in the event. Dr Tahir-ul-Qadri was given a standing ovation upon his arrival in the conference, and gave the keynote of speech of the event. 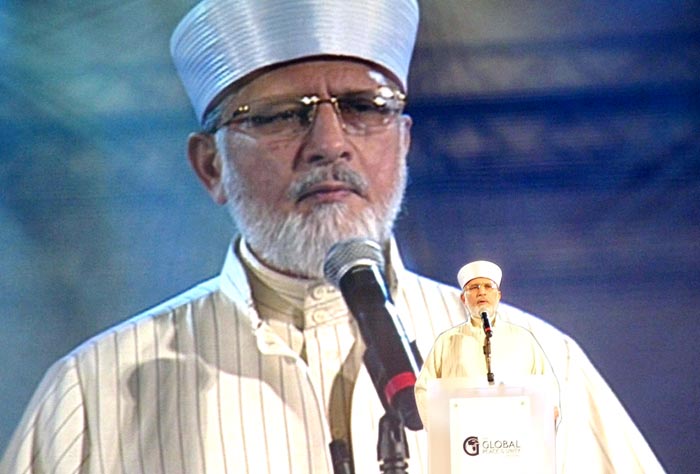 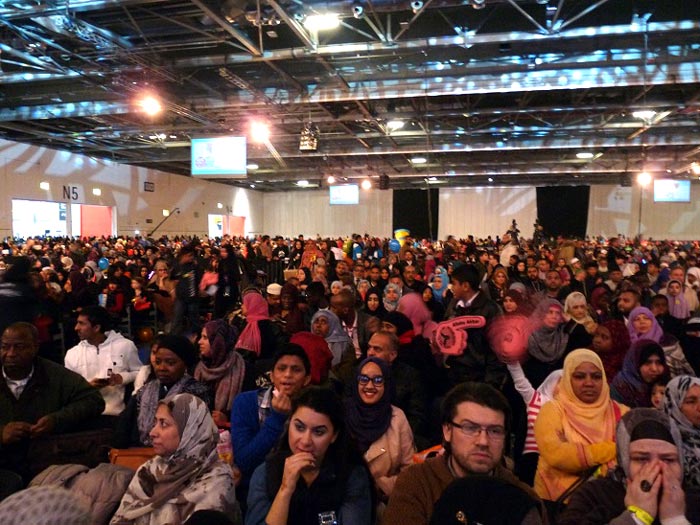 Dr Tahir-ul-Qadri further maintained that the young generation of the Muslim community had been alienated from their culture, identity, ideology and legacy. He said that acting upon the real teachings of Islam was the need of the hour to get them connected back to true Islam. He said that the Holy Prophet (peace be upon him) told us that Islam is a religion of peace, love and forbearance, which has nothing to do with violence, militancy and terrorism. He said that majority of the Muslims believe in respect and love of humanity. He asked the Muslims living in any part of the world to keep playing their positive role in the establishment of peaceful societies and contribute to harmonious community relations, using the example of the Prophet of Islam (peace be upon him). 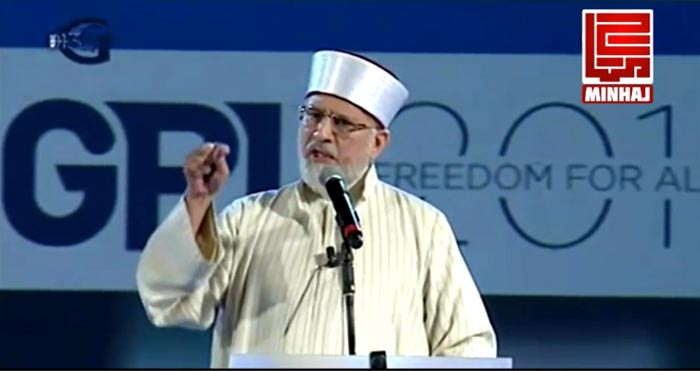 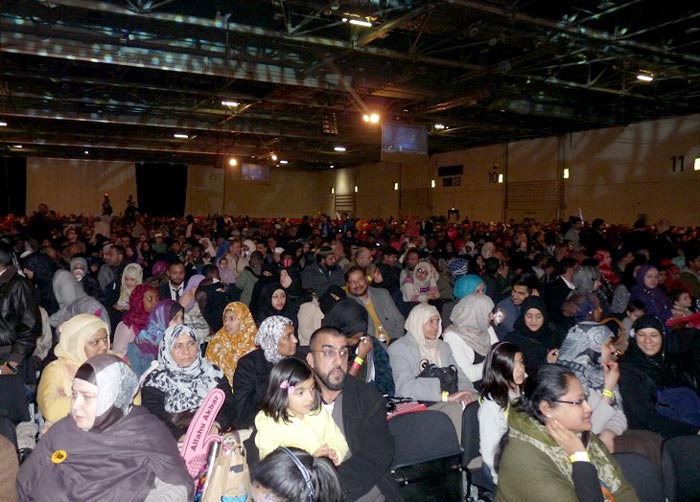