A grand Peace Walk was held on January 4 2014, to mark the auspicious occasion of the birth of the Holy Prophet (peace and blessing be upon him). The annual event was arranged by Minhaj-ul-Quran International Denmark. 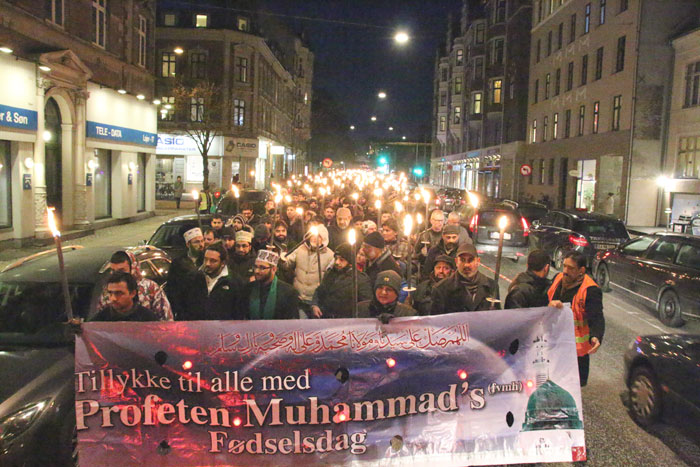 Under the aegis of Minhaj-ul-Quran International Denmark, the Peace Walk proceeded from the suburban part of the capital, through the main street and shopping district of Copenhagen, and finally climaxed at the Central Town Square, “Rådhuspladsen”. Carrying torches and defying the extreme cold temperatures, men, women, and children turned up in huge numbers to mark the blessed occasion with the message of peace, tolerance, and peaceful co-existence. 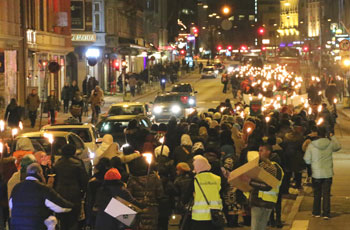 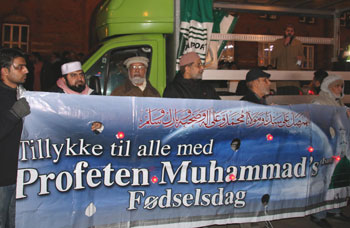 As sounds of nasheeds, and salutations filled the winter air of Copenhagen City, the massive crowd marched through the streets, expressing their love to the Holy Prophet and sharing the happiness with the bystanders and onlookers lining the footpaths along the route. Sweets were handed out to all the children, and the message of peace and tolerance given by the Holy Prophet (SAW) was conveyed to the accompanying parents by leaflets. As the crowds descended on the City Town Square, Quran recitation was performed by Hafiz and Teacher at Minhaj ul Quran Denmark NV, Qari Nadeem Akhtar. 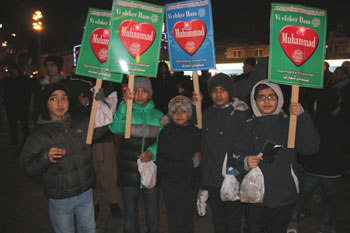 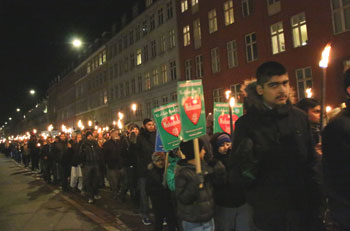 Salutations on the Holy Prophet (peace and blessing be upon him) were led by Director at Minhaj ul Quran Denmark Valby, Hafiz Zaheer Ahmed. President of Minhaj Youth League Denmark, Hassan Bostan addressed the crowd and emphasized on each and every individual taking responsibility to portray the true message of the Holy Prophet (SAW). He furthermore condemned religious and secular extremism. The event was concluded by Director Minhaj ul Quran Denmark NV, Alama Hafiz Idrees. Lastly refreshments and hot tea was distributed among all participants.