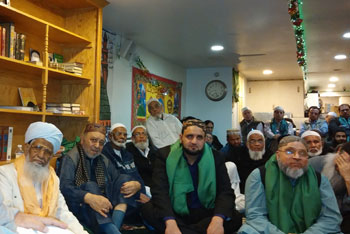 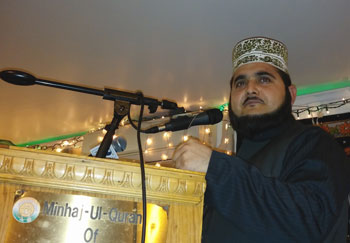 The conference was presided by Bawa Sarwar Ali and Professor Rana Ghulam Sarwar. The hosts of the ceremony were Hafiz Ijaz Ilahi and Allama M Sharif Kamalvi (Director Minhaj ul Quran Center NJ). Guest speaker Allama Afzaal Ahmad Qadri gave a heart-touching speech in the honor of the beloved Prophet (S.A.W). He explained the greatness of the Holy Prophet (S.A.W) in the light of the first five verses from Surah Adduhaa. He said this is a lesson taught by his teacher Dr. Tahir ul Qadri. He said that today, the need is to follow the life of Prophet (S.A.W), which cannot be attained without utmost respect for him. The Prophet’s teachings and sayings should be followed in letter and spirit. 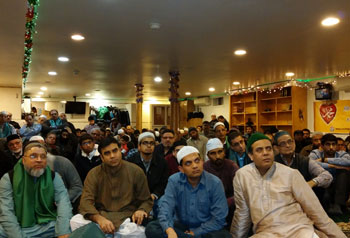 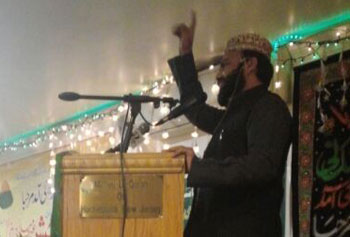 The hosts of the conference, M Amjad Sheikh, Ali, Khawaja M Ali, Rana M Muzammal and other volunteer men and women, worked tirelessly to make this ceremony successful. A large number of people attended the ceremony. Sheikh Motaz Charaf, a renowned scholar in New Jersey, also spoke his words of love and wisdom. The ceremony was also honored by the presence of Mu-e-Mubarak (Hair of Nabi S.A.W). The conference ended with a heart touching dua by Allama M Sharif Kamalvi.