On 19th January 2014, Rochdale's Women League organised a Mawlid event to celebrate the Prophet’s ﷺ‎ birth anniversary, which was successfully held with the help of Women League and other sisters outside from the organisation. 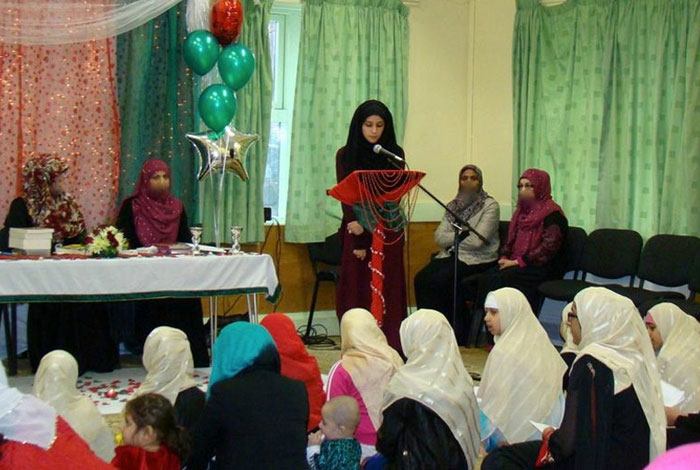 A warm welcome to the sisters was given by Sister Nasreen (President). She also invited everyone to the stage cordially. The event started off with a beautiful recitation of Surah Ad-Duha by Sister Amina. After reciting the surah, she then translated it in English. Hamd-e-Barita'ala was read by Sister Gulnaz as well as Naats with a group of sisters. English nasheed was also read by a young girl, Nimra Zahid. After the recitations of Hamd and Naats, sister Nasreen awarded Nimra and Amina with trophies for their good work in reciting tilawat and nasheeds as a mark of encouragement and reinforcement. Two main speakers were present. Sister Khadijah delivered a speech in English. Her speech was on the importance of loving the Prophet ﷺ‎ and how we can show our love to him. She also introduced a newly published book by Shaykh ul Islam on the Mawlid and urged everyone to take one with them as it removes any misconceptions anyone may have on mawlid. 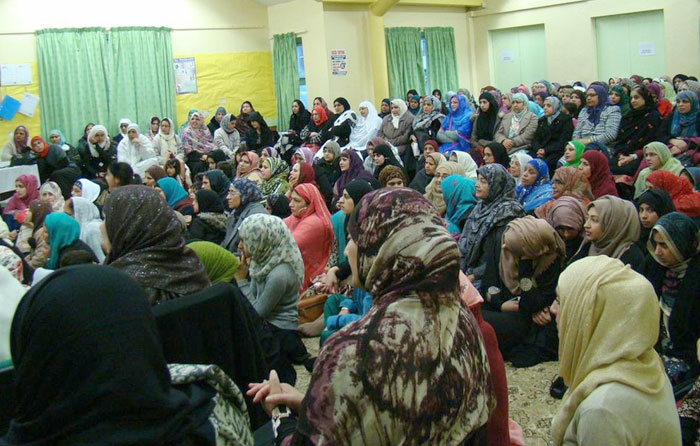 Sister Tahira delivered a speech on the virtues of Madinah in Urdu. They both gave speech on the relevant topic that we have as main issues in this time, such as Mawlid of the Prophet ﷺ‎ should not be celebrated as it was not an act of the companions of the Prophet ﷺ‎ and the Qur'an doesn't give evidence on the approval of celebrating this day. There were stalls of books and CDs of Shaykh ul Islam and also a hijab stall. There were newly published books by Shaykh ul Islam on the stall, including the one Sister Khadijah mentioned. The sisters were very pleased and gave encouraging feedback on what they liked about the event and learned. Many praised on the nasheeds reciters, how beautifully they recited and also that they really liked the lectures delivered. In the end, food was served to all sisters before they left. 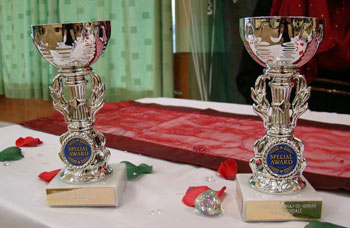 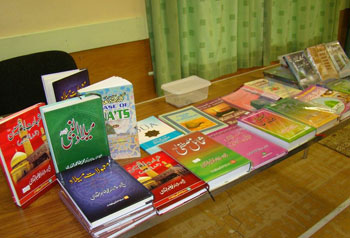 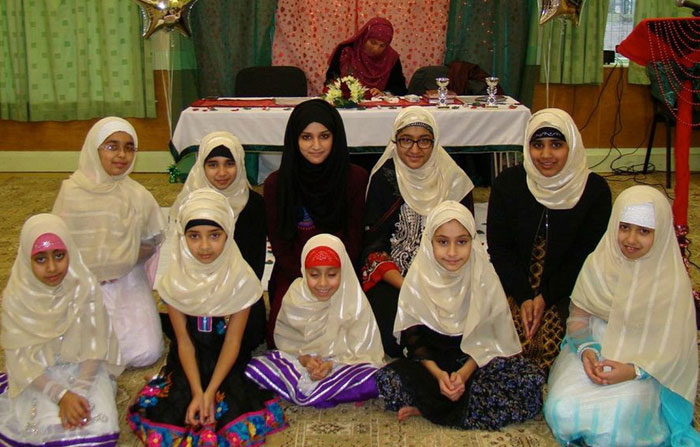