On (Wednesday) 18th December 2013 Muslim Youth League UK – Sisters visited Acorn Children’s ward at Whipps Cross University Hospital in Waltham Forest to deliver gifts for sick children, as part of the Bartts Charity gift appeal for children. Whipps Cross serves some of the most ethnically diverse boroughs in Britain as well as some of the most deprived (Bart Charity: 2013). 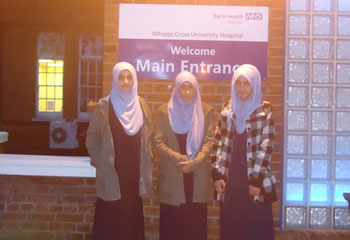 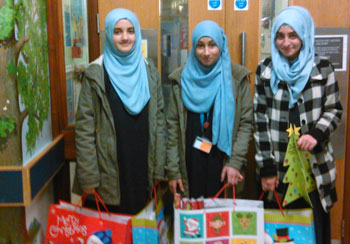 The members MYL-S in London wanted to support a local cause in the community. So it decided to work closely with those who are poor and don't have many people around them. This particular project was chosen as staying in hospital, away from family, is a very difficult and challenging time for children who are seriously ill. Therefore, by donating gifts to young patients, MYL-S hoped to bring smiles and make the hospital stay a happy and positive experience. The Staff members the ward were very welcoming and thanked the sisters for their generosity. As the presents had to comply with the Government Safety of Toys Regulation, young sisters helped research suitable gifts for the young patients; gifts donated to the ward included reading books, baby blocks, gift sets for babies, puzzle sets, creative art and craft sets, coloring books, activity packs, and little teddies. Chocolates were also given to the staff at the ward along with a 3D card with personal messages from the team. Some of the sisters who helped out shared their thoughts with the rest of the group: 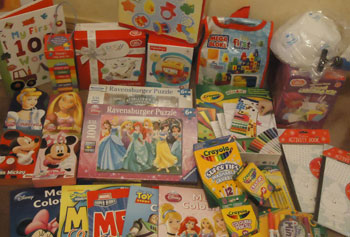 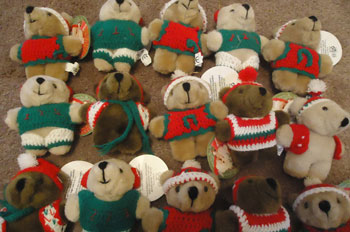 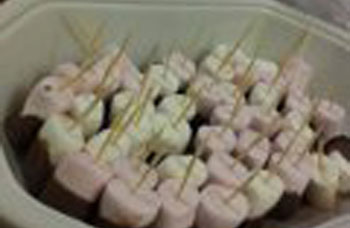 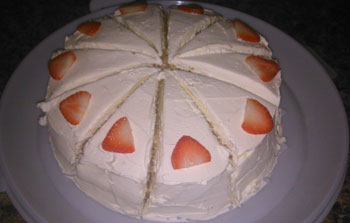 “I felt very happy giving the presents to the children who wouldn’t be able to go home for Christmas,” Halima Ahmed.

“I thought the day was a success and I felt really happy giving the gifts to the children. It was nice meeting the nurses who worked there. They were very welcoming and were pleased for us to be helping out,” Sanam Ahmad. 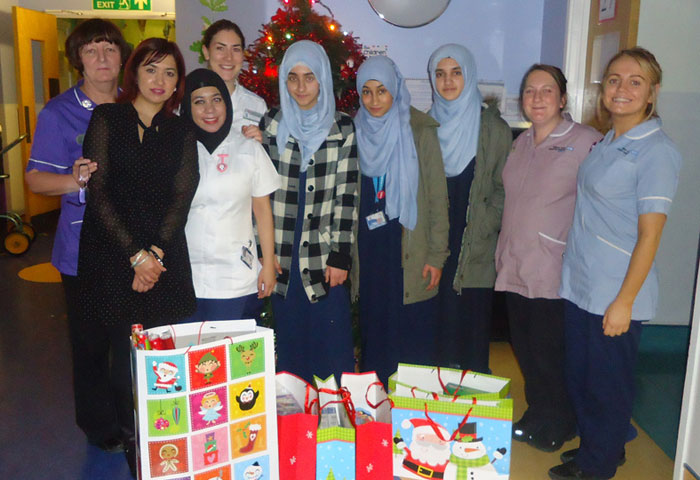 Funds were raised by holding a bake sale at the Minhaj-ul-Quran London centre on Friday 13th December. The stall included a variety of items including homemade cake, chocolate cake, plain and iced cupcakes, éclairs, chocolate marshmallows and strawberries as well as rice krispy snacks. A member of staff from Barts Charity said, “Please thank everyone that contributed to the appeal on our behalf, you have done a tremendous job and I know that the children are going to love everything that you brought. Thank you so much for your support – it’s times like these that definitely make my job worthwhile but without support from people like you it would not be possible.’’Alhamdulillah this was a successful start to an ongoing project Insha’Allah. Sister Zaineb Sheikh (London Coordinator) was very pleased with everyone that contributed to the project. The team hopes to continue donating gifts all year round Insha’Allah and visit sick patients in local hospitals.