Minhaj-ul-Quran Women League (Bradford) had the blessed privilege to organise a ‘Giyarvee Sharif’ gathering with the ‘ziyarat’ of the beloved Prophet Muhammad (saw)’s hair and various other ‘ziyarts’. The timing of this special gathering was from 2pm to 6pm. As the women were arriving they would be guided to perform Zhuhr Salah and 2 ‘rakat’ optional prayer after which they would be directed to the main hall to recite ‘Daroud Sharif.’ 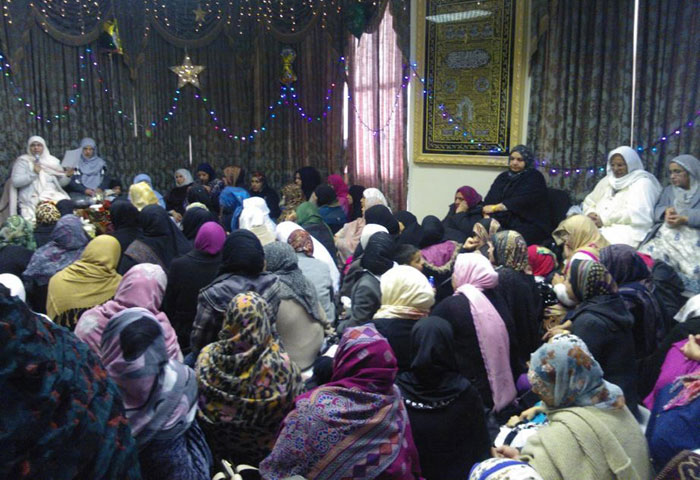 Individual Daroud Sharif was recited between the2 pm and 3 pm. This was in order to start the mehfil promptly at 3 pm and allow time for sisters to gather.

The opening of the program was done by a student of MQI Centre, Hasnain who had the blessed opportunity to recite the beautiful verses of the Holy Quran. He recited surah Ad duha.

After the Tilawat there were a few hamds and naats before the speech and the ziyarat arrived. 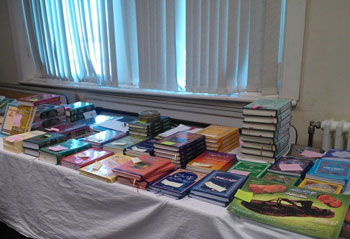 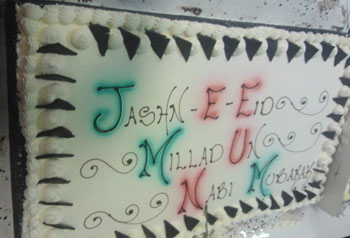 Sister Jannat spoke about the manners and ‘adab’ of a mehfil in special regard to the ‘ziyarat’ today. She emphasised the need to be clean and pure both physically and mentally as both are equally important. The respect of the holy Prophet Muhammad (SAW) was also discussed as to how silence needs to be observed at all times even though the Prophet (SAW) is not present himself but the ‘Muay Mubarak’ (blessed hair) is part of the Prophet and silence and respect is to be observed. Sister Jannat also gave an introduction in about Shaykh Abdul Qadar Jillani and how he was the sultan of all the Saints. She reminded everyone that this mehfil was not just meant to remember Shaykh Abdul Qadar jillani but it was more important to emphasize the values, virtues and character of the great saint.  Sister Rubina then delivered her speech regarding the love and life of Shaykh Abdul Qadar Jillani. Whilst the speech was going, the ‘Muay Mubarak,’ and other ziyarts had arrived and were set up in the Halaka-e-daroud room for everyone to see.

And many other beautiful and blessed ziyarats were present of the blessed day.

After the completion of the speech, 10 women were taken at a time across to the daroud Sharif room to do ziyarat. After they had done the ziyarat they would exit the room and perform Asr Salah and sit in the main hall. Whilst the women were doing ziyarat there was consent recitation of Daroud, naats and Mankubats. This was an open naat session and everyone present had the chance to recite to their hearts content.

After which sister Rukhsana recited Salat o salaam upon the Pprophet Muhammad (SAW) followed by dua by sister Rukhsana. The mehfil was concluded by 5pm and food was given to women in boxes so that they can take them home.

There was an allocated book stall which was established to sell books and DVDs of Shaykh-ul-Islam both in English and Urdu.