On Friday 14th March 2014, Jamia Masjid Minhaj-ul-Quran held a Husn-e-Qiraat Competition and monthly ‘Giyarvee Sharif gatheirng’ for young female students who attend the education centre. The students had been preparing for the event for approximately a month, and practised regularly to perfect their recitations. The event was organised after the children were shown a clip from the opening ceremony of the Minara-tus-Salaam. The recitation of the holy Quran from the ceremony was shown, which also included the encouragement and praise that Shaykh-ul-Islam Dr Muhammad Tahir-ul-Qadri showed towards the reader. 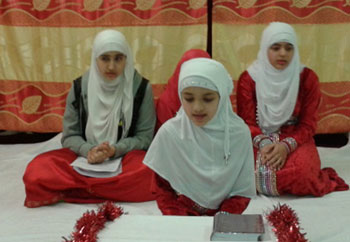 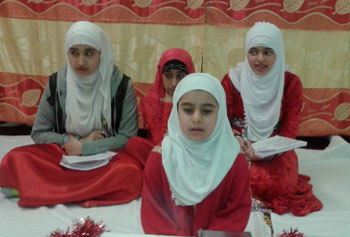 So, to honour the event, Husn-e-Qiraat competition was held at Jamia Masjid Minhaj-ul-Quran. There were three hosts of the event, Alisha Ahmed, Sana Saeed Butt and Nimrah Khan, who are all senior students at the education centre. The Mehfil began with recitation of the Holy Quran by Sana Hussain. This was followed by Qaseedah Burdah Sharif by the guest, who is also a former student, Atiyah Parveen. There were also two naat sharifs by students, before the competition began. The first Naat Sharif was by Amina Basharat and Alisha Sultan, whilst the second Naat was by a group, Amina Ahmed, Irtiqah Mehmood, Alisha Hussain and Anam Ahmed. 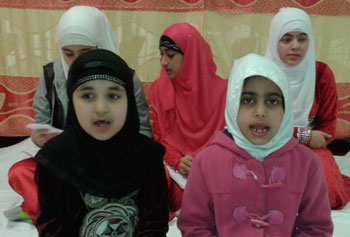 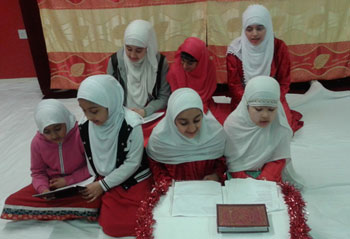 The Husn-e-Qiraat competition began with participants from Khadijah Class. There were recitations of the Holy Quran from Madiyah Hussain, Nimrah Khan, Salihah Anjum, Sana Hussain and Nidah Ajaz. There were three winners from the senior class, in first position there was Nida Ajaz, in second there was Salihah Anjum, whilst third position was taken by Madiyah Hussain. The second class to take part in the event was Fatimah Class. Beautiful recitations of the Holy Quran were given by Fatimah Ali, Iram Khan, Aleena Ahmed, Noor Mehmood, Laiba Khan, Sana Iqbal, Ayman Ahmed and Zahrah Ali. The winner from the group was Laiba Khan. The third class was Ayesha Class. Participants included Amina Ahmed, Zainab Muhammad, Fatimah Rehman, and Alisha Hussain. The winner from this class was Fatimah Rehman. 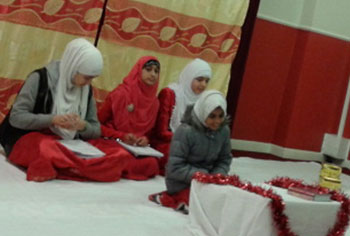 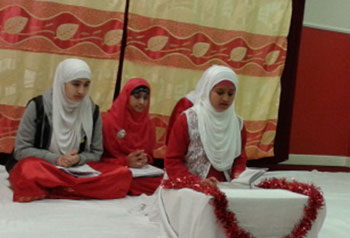 The final class that took part in the competition was Amina Class. There were recitations of the Holy Quran by Halimah Riaz, Halimah Hussain, Adawiyyah Fiaz, Alisha Sultan and Noor Fatimah Mirza, who also won the competition from her class. The competition was judged by the teachers at the centre, who also rewarded the winners with certificates and gifts. All the participants were also rewarded for their efforts and achievements, with a box of chocolates each. There was also a beautiful recitation of the Holy Quran by the guest and former student, Atiyah Parveen. The gathering was concluded with Salaam on the Holy Prophet (SAW), which was recited by everyone. The Dua was made by another Student, Nida Ajaz. The teachers were pleased with the success of the gathering and the efforts that the students had made, they congratulated them and encouraged them to continue practicing and perfecting their recitations. Students were also given refreshments in honour of the event. 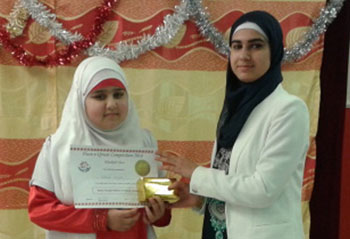 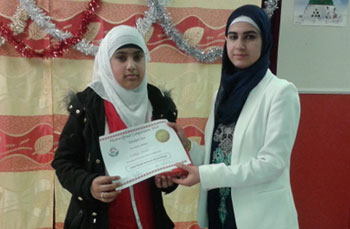 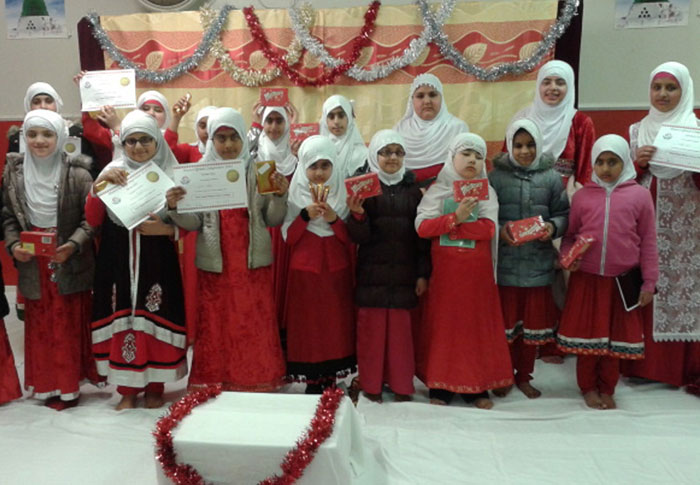