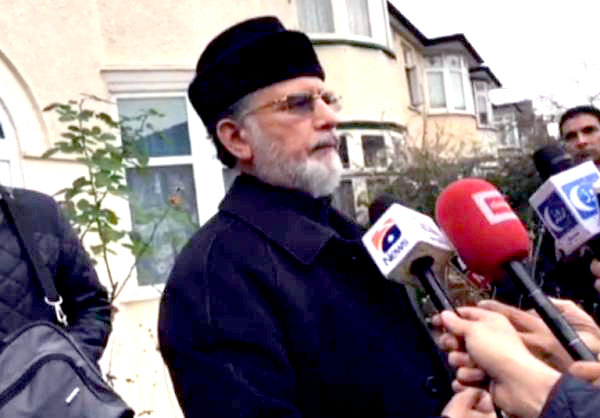 LONDON: Dr Tahirul Qadri, chief of Pakistan Awami Tehreek (PAT), said Wednesday that his party would not cooperate with the joint investigation team that is probing Model Town incident.

Talking to media here, Qadri said none of his party members would testify as witness before the JIT.

“The government has a speck in its beard, that’s why it is not making public the investigation report prepared earlier,” he commented.

Qadri said that nothing concrete would come out from unilateral proceedings of the JIT.

His remarks came as a five-member JIT started its work today to probe the Model Town incident.

CCPO Quetta, Abdul Razzaq Cheema, is leading the investigation team that has been authorized to interrogate some bigwigs as well.

The Model Town tragedy had left 14 PAT workers dead and many more injured in deadly clashes with police on June 17, 2014 in Lahore. – Samaa