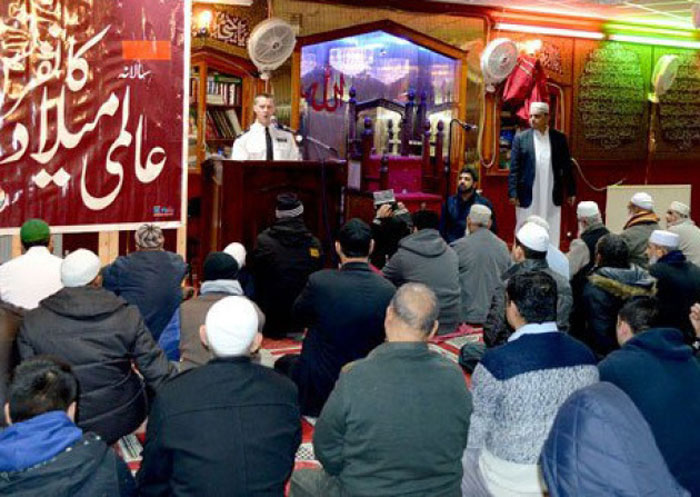 In September, Forest Gate’s Minhaj-ul-Quran mosque began planning an “open-door policy” with police they hope to spread through London.

The initiative, to run throughout 2015, began on January 2 and encourages police visits to mosques.

Adnan Sohail, community liaison officer at Minhaj-ul-Quran, said: “I’m very hopeful this will be an open corridor for other mosques to let the police in.

“By the end of this year, it would be great to see local religious worship join forces with the local police.”

He and his colleagues have been working with Newham Police’s Superintendent Ian Larnder to tackle problem areas.

Supt Larnder said: “In Newham, domestic violence is an issue that we need to tackle.

“We are tackling it and we will continue to tackle it.

“It all comes back to the police being visible and accessible to our community.”

The mosque is also hosting quarterly meet the congregation events at Friday prayers, which are open to non-Muslims and will feature talks from police.

Supt Larnder explained: “What we want is an increase in trust and confidence.

“If people are worried about something in their community, we want them to be confident enough to speak to their local police officer.”

Each meet the congregation event will address a community concern, with stalls carrying literature about the topic.