On Saturday 17th of January 2015, Birmingham city centre was buzzing with the young, families and the elderly. All out to beat the miserable January blues. To lift everyone’s spirits on this cold and wet day, MYL Birmingham decided to stand outside the new Library of Birmingham and hand out treats for people passing by. The sweet packages included a number of delicious sweets, with a Hadith (prophetic saying) of the Prophet Muhammad (peace be upon him) about kindness, charity and smiling! 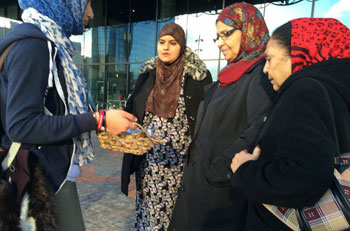 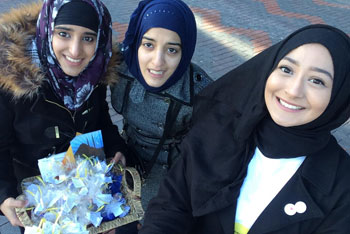 Not only did this put smiles on everyone’s faces it also raised important questions. We informed everyone that the aim of this project was to portray the true and peaceful message of our Prophet (pbuh). To counteract the hatred that has been caused over the past few years, particularly with the recent events in Paris, the public was pleased to see that young Muslims were concerned about the travesty extremists have caused and wanted to make a change, which also baffled them as they may have thought all we care for is game consoles and social media. 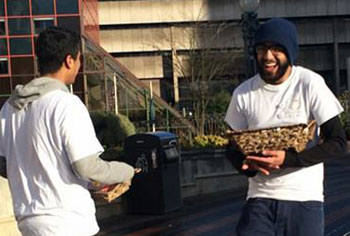 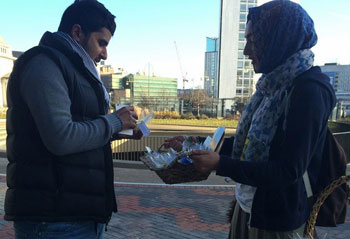 "We're trying to beat the hate in the world with love and sweets!" Kai Begh (volunteer on the day). Over the past few days the project has attracted an enormous amount of attention on Twitter. BBC special correspondent Peter Wilson took an interview with MYL PR executive Hifzul Chowdhury for BBC Midlands Today regarding the project in a positive light. The question put forward was: Do you think Muslims are doing enough to counter extremism and promote peace? Special thanks are due to the volunteers on the day including Sabrina, Fardos, Raheela, Henna, Aamana, Kai, Hifzul and the people of Birmingham. 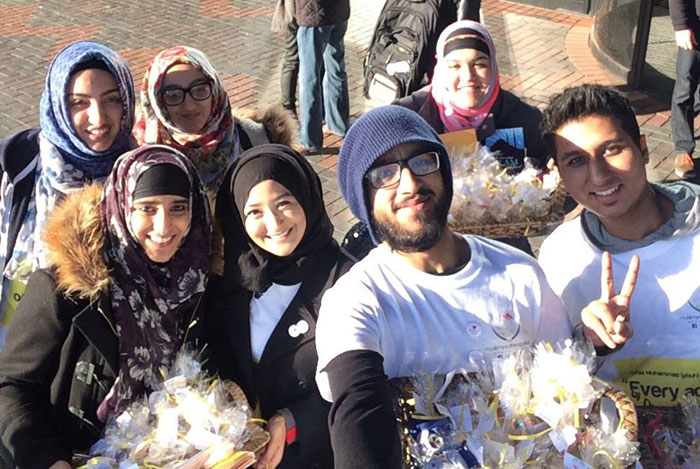