The attacks in Paris against Charlie Hebdo and the Jewish community are horrific and wholly against the teachings of Islam. After the attacks, the magazine published more caricatures of the Prophet Muhammad (SAW). Therefore, as Muslims we must also condemn this vindictive and hateful act. 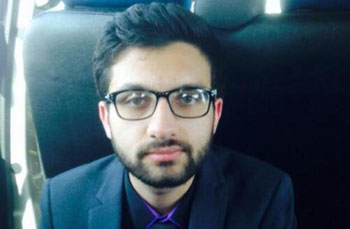 The debate of freedom of speech has come into light in the past week, and many have said that it is justifiable for Charlie Hebdo to publish the caricatures. However, many feel that there is dual-standard and hypocritical behavior surrounding this argument. The same people who argue for this on the one hand say it is free speech to draw the Prophet Muhammad, on the other hand, do not draw Prime Minister Netanyahu, as it may be anti-Semitic, as proven in 2013, when the Daily Telegraph retracted their caricature. Former Prime Minister Tony Blair expressed his “sharp reservation”, with Rupert Murdoch stating “we owe [a] major apology for [the] grotesque, offensive cartoon”. If it is grotesque to draw Netanyahu, then how can it be freedom of speech drawing the Prophet Muhammad (SAW)? The question that should be debated is what are the limits to the freedom of speech?

Every freedom has a limit. One cannot enjoy any freedom without limits. If one wishes to assault someone and protests that this is freedom of choice, is an absurd argument. If one cannot infringe the personal freedom of an individual, how can one infringe upon the right of the protection of religion, which is personal to billions across the world, for all people of faith? Drawing outrageous images of any Prophet albeit Moses, Jesus, or Muhammad (SAW), or great religious figures of other faiths and their divine books should wholly be disallowed. So, where should freedom of speech lie? Debating religion and theology on an intellectual level should be allowed and promoted, but in the guidelines of not to insult or insight hatred against anyone. This was the practice in the Islamic Civilization in past, where intellectuals, both Muslims and non-Muslims, would debate on theological issues.

What is wrong with caricatures? Many non-Muslims are confused as to why Muslims are outraged over the drawings; the reason is because Muslims venerate and love the Prophet Muhammad (SAW) more than their family and own selves. Because of this reason, we take offense to the way in which the Prophet (SAW) is depicted.  This issue of freedom of speech must be tackled in a legal fashion, and it is the job of the governments to curtail the freedom as it is done in the protection of the Jews in regard to the Holocaust. Speaking against the Holocaust is illegal and protected by law, in many countries across Europe. The reason for this is because it may offend Jews. Similarly, drawing caricature of the Prophet Muhammad (SAW) offends 1.8 billion Muslims globally, so how can that be allowed? This dual-standard must be eliminated.