On 9th January 2015, Jamia Masjid Minhaj-ul-Quran Nelson held the annual Milad programme for young female students who attend the education centre. The mehfil was a great success with members of the local community and mothers of the students in attendance at the event to show their support for their young daughters. 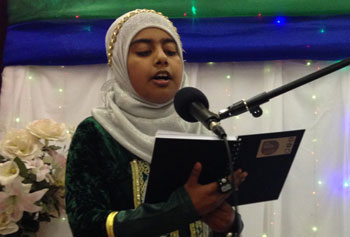 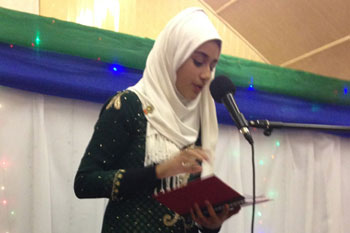 It was the annual programme, so the spirits were high and all the children were happy to contribute towards the mehfil. The event was hosted by the students themselves. The students who conducted the proceedings included Hasna Mirza, Ismah Mehmood and Nimrah Khan. The mehfil began in the usual manner with recitation of the holy Quran. There were two recitations, the first was done by Lybah Khan and the second was done by Husna Fatima. All the students stood up and recited Qaseeda Burdah Sharif together as a group and then continued the programme. 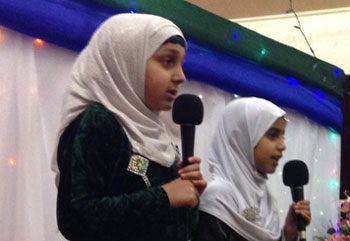 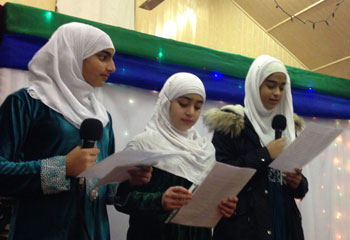 The first Naat of the event was recited by Taniya Iqbal, who beautifully praised the Holy Prophet (SAW) with the Naat. The second Naat Sharif to be recited was called “Ya Nabi”. This was a group performance and was recited by Abiya, Rimsha and Iqra. Zahrah Shah and Alisha recited the 99 names of Allah together. This was followed by a beautiful Nasheed about the Holy Prophet (SAW) which was recited by Zaynab Mohammad and Adawiyah Faiz. There were more praises on the Holy Prophet (SAW) by Zakia Iqbal who recited ‘Tala al Badru Alayna’. Amelia Afzal then recited a poem about Milad un Nabi (SAW). The programme continued with a group Naat Sharif by Meerab Ajaz and Ayman Ajaz. The students also recited English Nasheeds in the programme. Sisters Humaira Shamraiz and Malaikha Shamraiz recited a Maher Zain Nasheed called “Inshallah”. This was followed by another poem recited by Amina Ahmed. 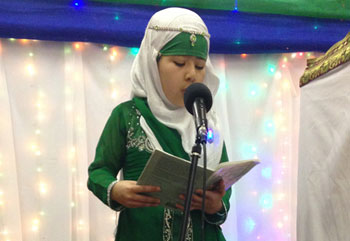 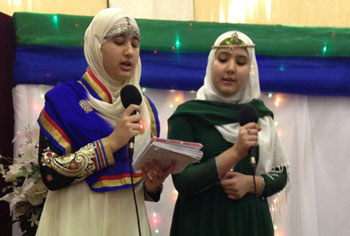 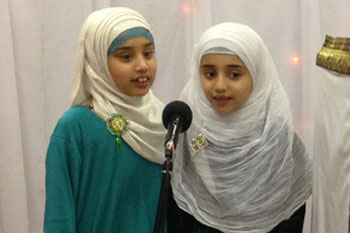 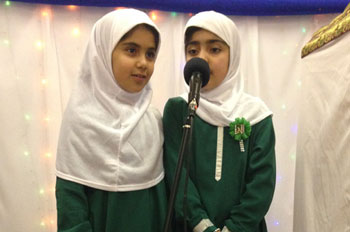 In order to educate the children, Maryam Shabbir recited a few Ahadith from Minhaj us Savi, the hadith collection compiled by Shaykh-ul-Islam Dr Muhammad Tahir-ul-Qadri. Two senior students, Salihah Anjum and Tooba Bilal recited the Naat “sona meyra kamli wala” with the daff. Alisha Shamraiz then recited a naat sharif with the daff called “aaya ji aaya arshan da taara”. This was followed by more praises on the Holy Prophet (SAW) by Nida Ajaz who recited “may ta raj raj Khushian Manawan”. The two sisters Alisha Ahmed and Jasmine Ahmed then recited praises on the Holy Prophet (SAW). The final Naat of the event was recited by a former student and guest at the event, sister Atiyah Parveen. The mehfil was concluded with salaam on the Holy Prophet (SAW) by Sana Fiaz, a guest at the centre. 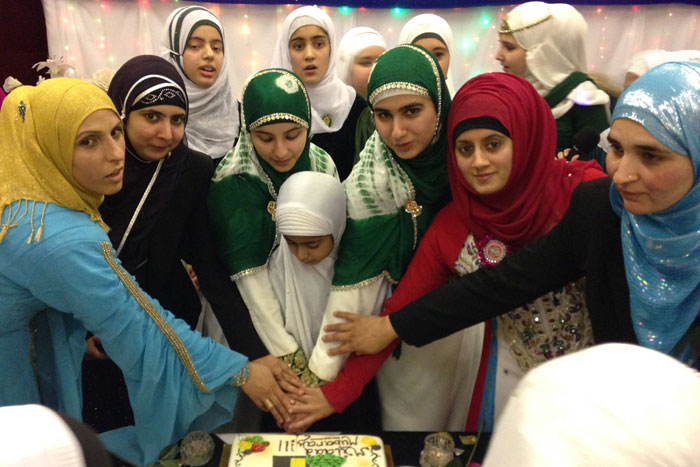 The teachers had also organised a competition for the students, to design posters about Milaad un Nabi (SAW). The winners were given gifts in a short prize giving ceremony. The playgroup winners were Layba Sajid and Bismah Khanum. The winners from Aishah Class were Amina Ahmed and Maaheen Anjum. The winners from Fatimah Class was Taiybah Shamraiz. The final winners from Khadijah class were Nida Ajaz and Fatimah Ali. There were also two students who had recently performed Umrah. They also received gifts, and they were Lybah Khan and Fozia Hayyat. The mehfil concluded with Katam Sharif which was done by Madiyah Hussain, and Dua by Lybah Ahmed. She prayed for the success of the teachers who helped organise the programme and also for the long life of Shaykh-ul-Islam Dr Muhammad Tahir-ul-Qadri. Teacher Tahira Basharat then thanked all the parents for coming and showing their support. Refreshments were served to all those who attended the Mehfil. 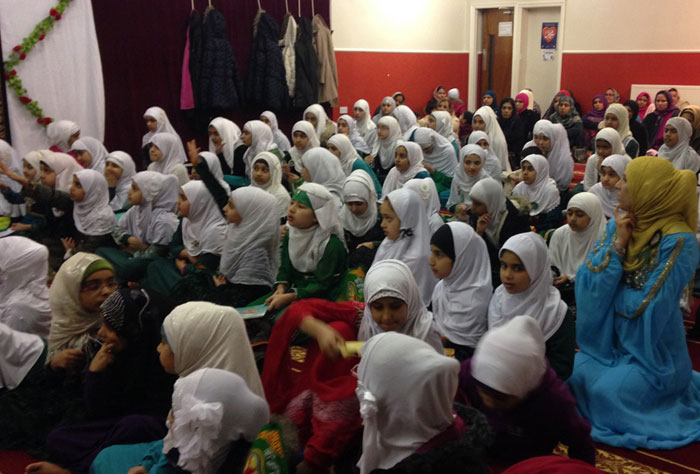 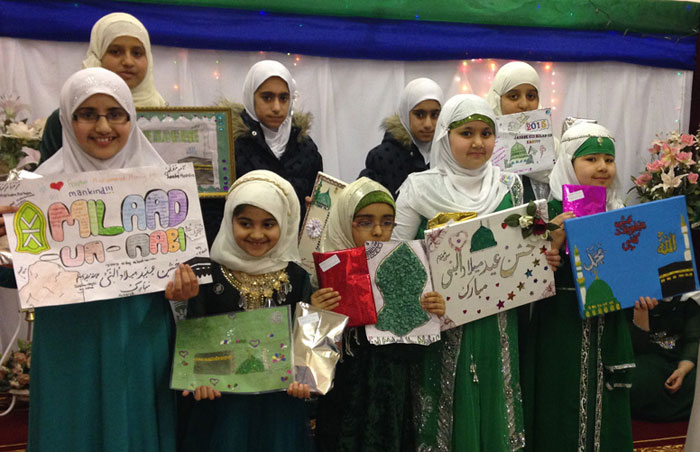