For the first time, police in east London are working with a mosque to raise awareness of domestic violence. 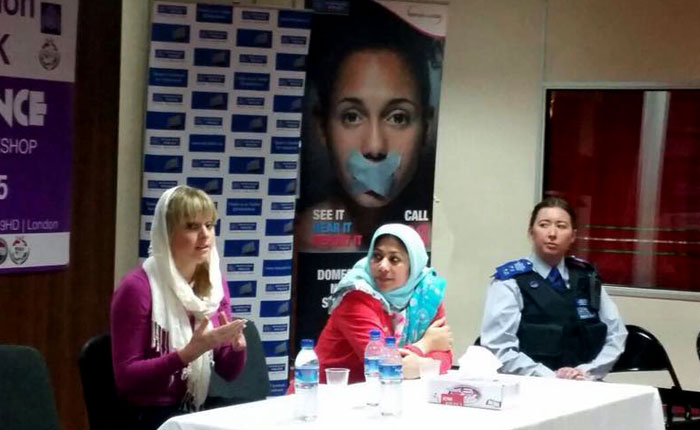 Officers from the Metropolitan Police teamed up with members of the Minhaj Ul Quran mosque in Newham to hold a women-only workshop.

It was aimed at those from South Asian communities who find it more difficult to seek help due to a culture of shame and honour.

Chief Inspector Shabnam Chaudhri stressed the "importance of engaging with that section of the community" to provide support.

It's unusual for a mosque to host a workshop for women to talk about what is happening inside their marriages.

In an unprecedented step, the workshop was held in the main prayer hall where men usually gather for daily prayers.

One of the organisers, Adnan Sohail from Minaj Ul Quran mosque, told the BBC: "Today we have told the men to pray in another room and converted the worship hall for ladies to come and attend the workshop."

He said the mosque can "play a vital role" in tackling domestic violence.

The workshop gave the women a chance to talk freely, ask questions, and gather information about a topic that's usually considered very taboo in the South Asian communities.

One of the attendees echoed other women's feelings: "By holding it in a mosque women feel safe to come out and talk about domestic abuse because they feel they're not going against their religion." 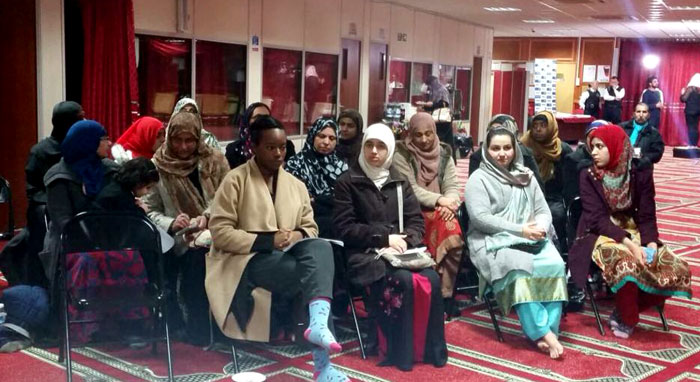 According to the national charity, Women's Aid, two women a week on average are killed by a current or former male partner and one incident of domestic violence is reported every minute.

But these figures don't reflect the number of victims from a Pakistani, Indian or Bangladeshi background, Ch Insp Chaudhri said.

The abuse goes unreported because of cultural and language barriers but more because they don't want to bring shame in the family, she added.

One victim, who didn't want to be named, suffered a violent relationship for over 20 years before seeking help.

"I would get kicked, punched and dragged by my hair. One time he pinned me down and repeatedly smashed the phone on my head," she said.

By not seeking help she "covered up for him and helped him get away with it".

Like many others, the woman blamed "pressure in the community", adding that "you have to keep it hidden to protect the man because he's providing for you and it reflects badly on him to say you're not happy". 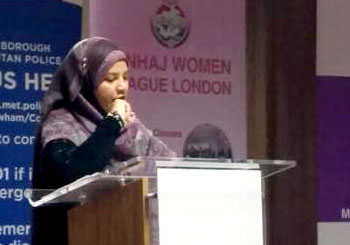 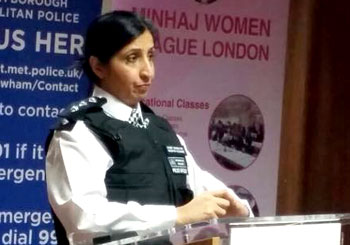 English is a second language for many women from South Asia, and that prevents them from seeking help according to Shagufta Nasreen, director of Skills Rethink who provide ESOL (English for Speakers of Other Languages) classes for women from these communities.

She says "extra support" is needed for these victims.

"If you don't understand the language you won't know your rights," she said.

The women also "lack confidence" due to not speaking the language and therefore are at a "disadvantage" in getting the right help, Nasreen explained.

Those attending the workshop were positive about its aims in raising domestic abuse awareness.

"It's crucial to have something like this," Haleema Hassan from east London said.

The event "empowers women" she said.

Organisers are hoping to join up with other mosques in London to encourage them to hold domestic violence workshops for women. If successful the project will roll out across the UK too. 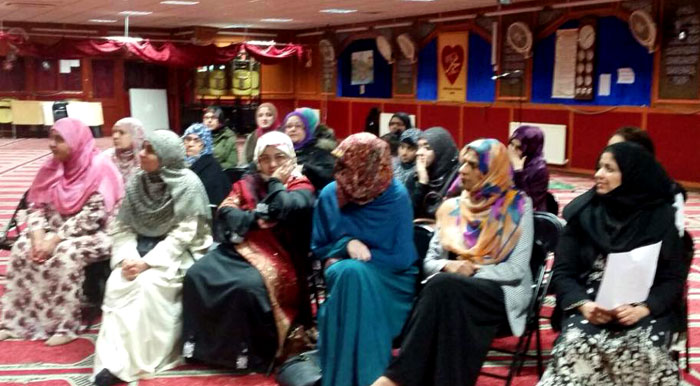 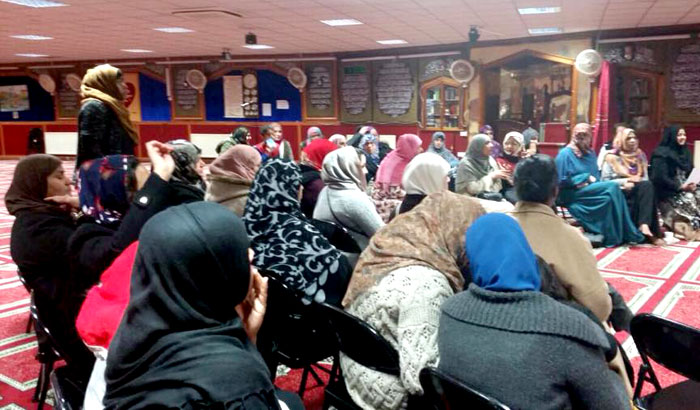