MQI at forefront of tackling radicalisation of Muslim prisoners 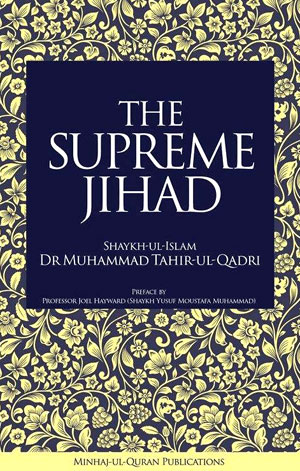 Unfortunately there is an over representation of Muslims in prison constituting more than 14% which is over 12,000 Muslim prisoners in Britain’s jails, whereas the Muslim population of the UK constitutes less than 4%. Mr Michael Spurr, head of the Prison and Probation Service for England and Wales, told the BBC Panorama that “there is a 'significant risk' of Muslim inmates becoming radicalised.”

Professor Anthony Glees, the head of the Centre for Security and Intelligence Studies at the University of Buckingham, told The Times “Our prisons have turned into a state-funded breeding ground for extremism.”

Spokesman to Minhaj-ul-Quran UK, Shahid Mursaleen said “there is a deep rooted concern that Muslim prisoners could be at risk of being radicalised in British jails and then potentially being recruited for Syria or elsewhere when they leave prison. Unfortunately nothing much has been done to tackle radicalisation inside UK prisons.”

A London-based organisation, Minhaj-ul-Quran International, started the initiative “Minhaj Dawah Project” (MDP) in 2012 as a non-profit community-based project with the aim of providing “de-radicalisation tools” to British prisons.

Shahid Mursaleen added “we believe that in order to tackle radicalisation effectively it must be rooted out ideologically.”

Therefore the tools include a 600-page book ‘Fatwa on Terrorism and Suicide Bombings’ authored by the renowned scholar Shaykh Dr Muhammad Tahir-ul-Qadri. It is a “clear refutation of terrorism without ifs and buts” which clarifies for Muslim inmates how the concept of “Jihad” has been misinterpreted by extremists by refuting each and every argument of terrorist groups.

Shahid Mursaleen said “The prison Imams or Muslim Chaplains should utilise arguments from this tool to de-radicalise the Muslim prisoners by clarifying that suicide bombers/terrorists will end up burning in hellfire and will not be received by 72 virgins as is brainwashed by terrorists.”

Another tool that is being used to tackle extremism is the newest and modern English translation of the Quran ‘The Glorious Quran’ by Shaykh Dr Tahir-ul-Qadri. It clarifies the often misunderstood concept of Jihad by contextualising the verses enjoining military struggle, dispelling the grave misunderstandings on this issue that have arisen on the part of both Muslims (particularly that section predisposed to violent extremism) and non-Muslims. Other tools include books on tolerance & mercy, DVDs and CDs promoting the moderate and modern teachings of Islam.

Another book ‘The Supreme Jihad’ will be published in April 2015 which will also be part of the “de-radicalisation tool” used by Minhaj-ul-Quran in the UK to counter extremist literature. It will clarify that the “self-declared jihad” by radicals is against the basic teachings of Islam.

The project manager of MDP, Mr Ahmed Nawaz said that “since 2012 we have distributed more than 4,128 Qurans, 1,936 books, 9,645 DVDs and 22,905 audio CDs not just to prisons but also to various local libraries, colleges and youth centres to provide free moderate literature to counter extremism.”

He added that the following HM Prisons have been provided with de-radicalisation tools/literature and are working with the respective prison management:

“We would request other prisons, local libraries and youth centres to contact us who wish to receive moderate literature to tackle youth radicalisation and help young Muslims understand and clarify issues relating to jihad and terrorism.”