The Muslim Youth League UK Sisters Operational Executive team toured the country in a bid to meet 14 Area Executives and teams across the UK. It was a whirlwind of a tour and the only thing missing was the tour bus however there is hope that the next time we do this there will be a bus with all the amenities and a bright pink logo letting other motorway users know that we too can travel in style. But in the meantime we settled for different modes of transport which included the train, an Audi and a Volkswagen Gulf.

We met our team in Glasgow to discuss the future of the team and ideas about how they can expand. The team is currently going through a transition. Therefore it was decided that Humma Majid would take the role of Area Executive in a few months’ time. We would like to thank the exiting Area Executive Tasmiyah Younis for all her hard work and know she will move on to do great things for MYL UK-S. Humma with her lovely general secretary Maheen-ul-Haq, was bursting with passion and both of them have already left a mark on us. Therefore there is no doubt in their achievements when they get going. 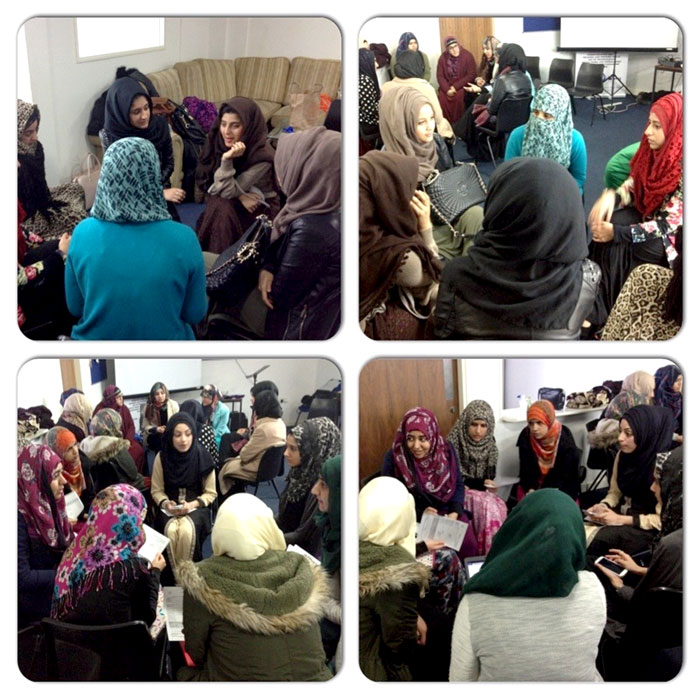 We were welcomed with many treats in Bradford and their hospitality was second to none. We met representatives from Bradford, Sheffield and Halifax. The discussion was very engaging especially since every idea was not just an idea but a GOOD IDEA. There were moments when it truly felt out of this world, our friend E.T seeped into conversations too. Misbah Wahid (Area Executive for Bradford) spoke about the importance of discipline in our work and Safoora Ali (Area Executive for Halifax) highlighted how the end result for everything we do should connect to the personality of the Holy Prophet (SAW).

The average age in the room full of sisters could not have gone beyond 18 years (if we excluded our honoured guests from the Minhaj Women League UK). This meant the day was energetic and refreshing from the get-go. Imra Hussain (Area Executive from Nottingham) spoke about her introduction to MYLUK-S and how she felt that the people of MQI and MYLUK-S valued her and her opinion which led her to volunteer. She is the youngest Area Executive we have and are very proud of her achievements so far.

Fardos Shahid (Area Executive from Birmingham) shed light on the ideology and teachings of Minhaj-ul-Quran and how this is the approach we should have in the work we do. And finally Yasmin Hussain (a former Area Executive for Walsall) threw light on future plans for the Area along with pointers on good character for when we carry our work.

Aleena Munir (Current Area Executive for Walsall) did a great job of organising the venue, acting as the Stage secretary ensuring that the day ran smoothly. We were honoured to have the Minhaj Women League UK General Secretary, Mussarat Hussain and Dawah Secretary Rosina Nawaz present at our event, along with the local Minhaj Women League from Walsall. They gave us a lot of advice and support, championed the team activity we did along with preparing refreshments for us. 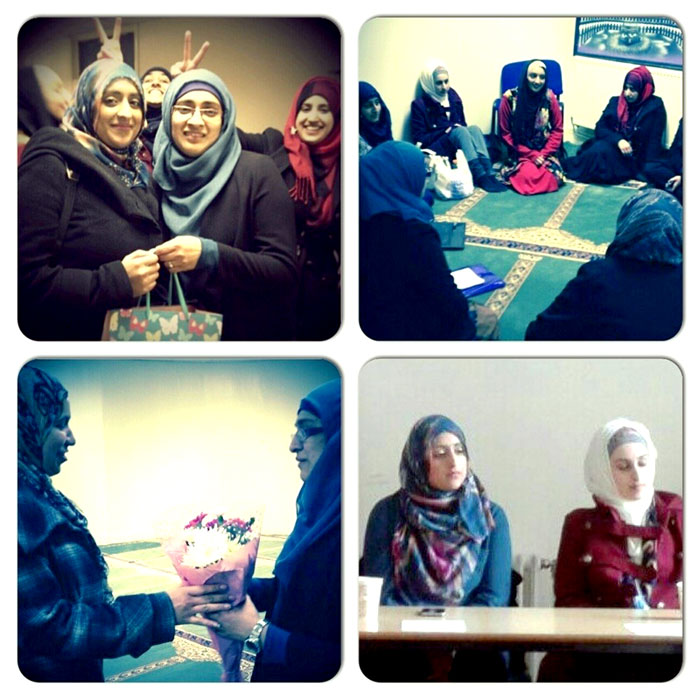 The last day sent us to London to meet our Area Executive Zaineb Sheikh. By this stage there was a build-up of exhaustion from all the travelling of the past few days, we were greeting with a nice meal and friendly faces. The discussion was very educational thanks to Memoona Fatima, Aisha Hussain and Sister Sidrah. This involved understanding the powers and uses of social media, be it facebook, twitter, instagram, snapchat, vine or tumblr there was even a reminiscent of MySpace and a very practical demonstration of a compilations of GIFs found on tumblr.

So what did we cover and achieve from this?

Ambreen Mehmood (President of Muslim Youth League UK –Sisters) presented on the last two years performance of all our teams which was useful to build on our future strategy. She also spoke about what we mean by dawah and how we can all improve our dawah skills.

Tanzeem Begum (Senior Vice President of Muslim Youth League UK –Sisters) spoke about the current organisational structure we have along with the streamlining of local positions based on the findings from the pilot roles we introduced a year ago. She then spoke about how we should approach and understand implementation, in order to make our work successful.

Zahra Hussain (General Secretary of Muslim Youth League UK –Sisters) highlighted the nature of activities that Area Executives and their teams should focus on along with targets that need to be achieved nationwide in order to improve our performance. She focused on time management so that Area Executives and teams could remain efficient in their local activities in order to be effective in our objectives.

Asma Bi (MQI Stock Distribution Executive Muslim Youth League UK –Sisters) presented on the current literature projects that MYLUK-S have in place and set targets for the coming years in order to maximise on our dawah efforts. This was to ensure that we could do justice to time and effort Huzoor Shaykh-ul-Islam has put into writing books and delivering lectures. This included the ABSTRACTS project, DISPERSe and Minhaj Dawah Project (MDP).

Certificates were given to all the teams that contributed to the Green Revolution along with those individuals who travelled to Pakistan to support the protests. We would like to thank all those who attended the sessions we had and all those who could not attend but made their contributions in whatever way they could. The purpose of the tour was to set our goals for the coming year and although these may be moderate we believe that we are good at having small ideas that make the biggest impact and this will be our slogan for this year. 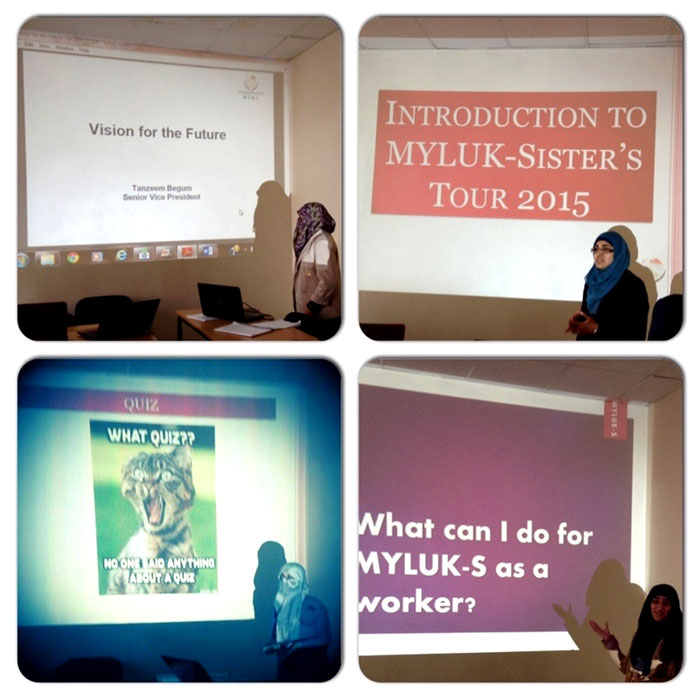 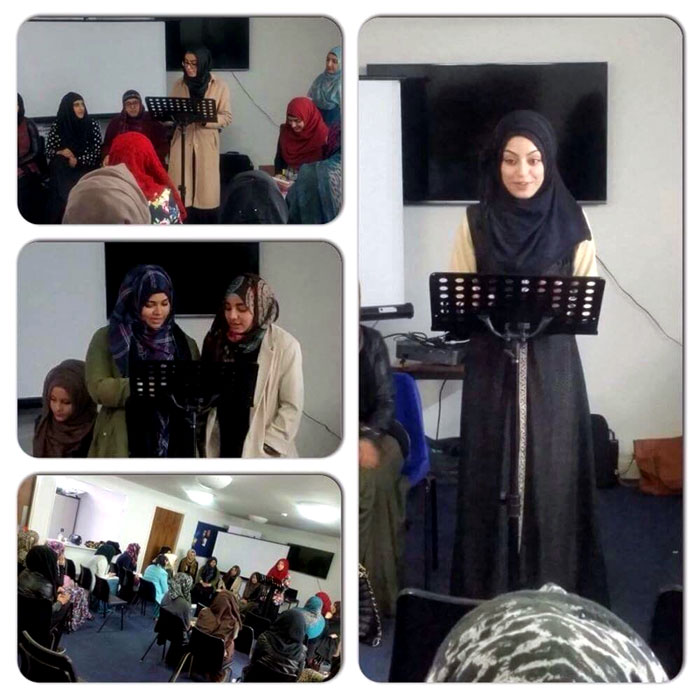 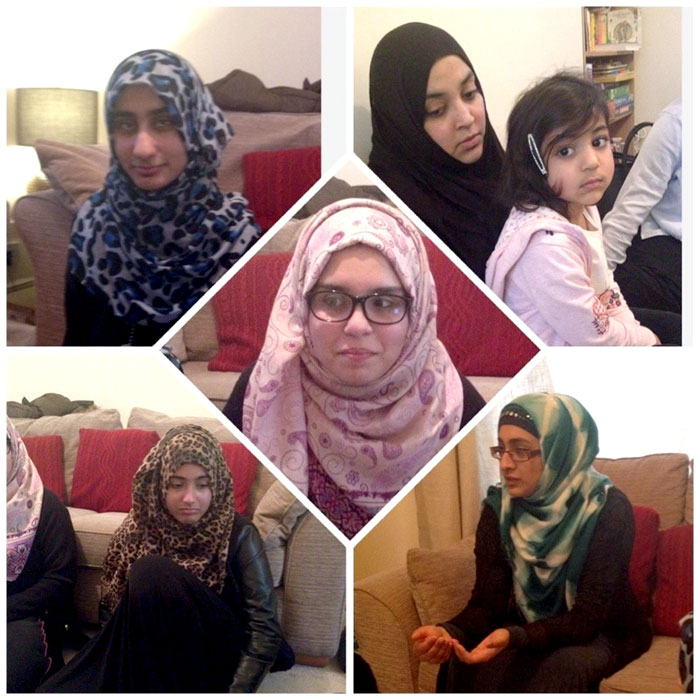