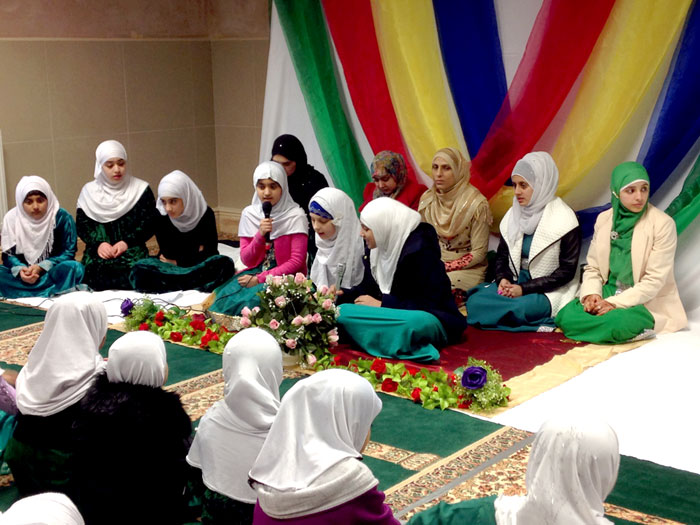 On the 13th of March 2015, Jamia Masjid Minhaj ul Quran Nelson held a monthly spiritual gathering to mark ‘Gyarvi Sharif’ for young female students who attend the education centre. The event was a great success and had many blessings as a Minhaj Naat group was also formed in the gathering. The programme was hosted by senior students, Laiba Ahmed, Ammaarah Ahmed and Noor Mehmood.

The programme began in the usual manner with recitation of the Holy Quran, which was done by Iqra Noor, who beautifully recited Surah Kawthar. The first Naat Sharif was recited by Komal Liaquat who read “Aaqa tere jiya koi Nahi”. This was followed by a group Naat Sharif which was recited by Aleena Ahmed, Sabrina and Sammar Basharat. They recited an English Nasheed called “Muhammad is my hero”. Tooba Bilal also recited praises on the Holy Prophet (SAW), she read “Ya Rasoolallah Pukaro”. Maheen Anjum and Laiba Hussain then praised the Holy Prophet (SAW) in the form of a Naat Sharif.

Zahrah Shah, Ammarah Ahmed and Aleena Ahmed recited a beautiful Naat Sharif called “Ya Nabi Ya Nabi”. Three senior students Nimrah Khan, Tooba Bilal and Salihah Anjum wrote a poem themselves about the importance of wearing a hijab, and encouraged all the girls to wear it regularly. The poem was called “wear a scarf” and was very well written. Malaikah Shamraiz and Adawiyyah Fiaz recited a Nasheed called “My mother is amazing”

Rimsha then continued the gathering with further praises on the Holy Prophet (SAW). Aleesha Sultan also recited a Naat Sharif about the Holy Prophet (SAW) called “Dukh mu gaey nay”. This was followed by a poem about Islam by Amelia Afzal. The students then had a break to pray Salat ul Maghrib by Jamaat.

The gathering recommenced with further praises on the Holy Prophet (SAW) by two Sister Meerab Ajaz and Ayman Ajaz who recited “Milad manaya kar”. The guest Naat Khawan was Sister Atiya Parveen, a former student of the centre. She recited a Naat Sharif with the daff done by Salihah Anjum. Rabia Shaheen also recited a Naat Sharif with the Daff called, “Mera Dil Milad manada ay”. The final Naat Sharif of the event was recited by Tooba Bilal and Maria Bilal.

Sister Tahira formed an official Naat group called Minhaj Naat Group, which consisted of Atiya Parveen, Rabia Shaheen, Tooba Bilal, Maria Bilal and Salihah Anjum. They were all given gifts in accordance with the Sunnah of the Holy Prophet (SAW). Maheen Anjum a young student was also given a gift and appointed as the head of the junior Naat Group.

The mehfil was concluded with salaam on the Holy Prophet (SAW) by all the guests and Dua by Nimra Khan, who prayed for the success of all the students and teachers, and also for the long and healthy life of Shaykh ul Islam Dr Muhammad Tahir-ul-Qadri. All the students were also given refreshments at the end in honour of the Gyarvi Sharif Mehfil. 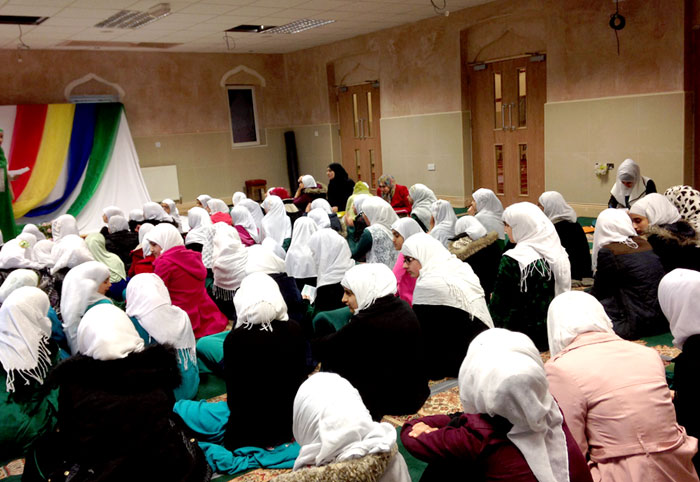 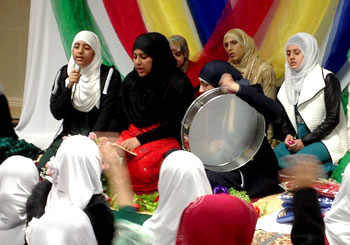 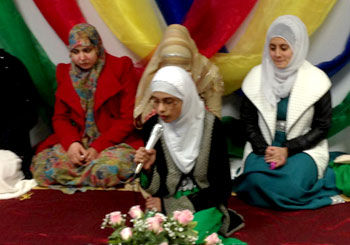 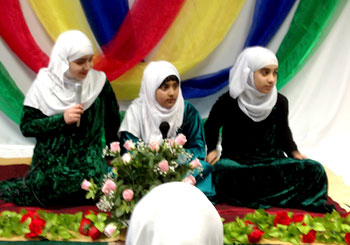 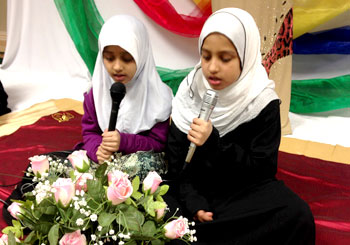 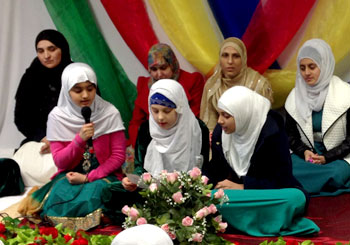 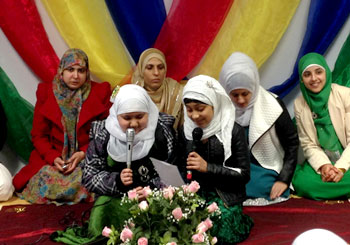 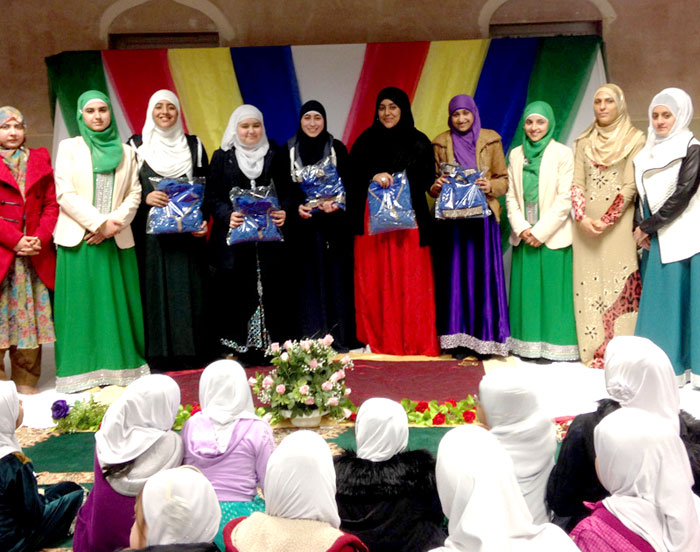 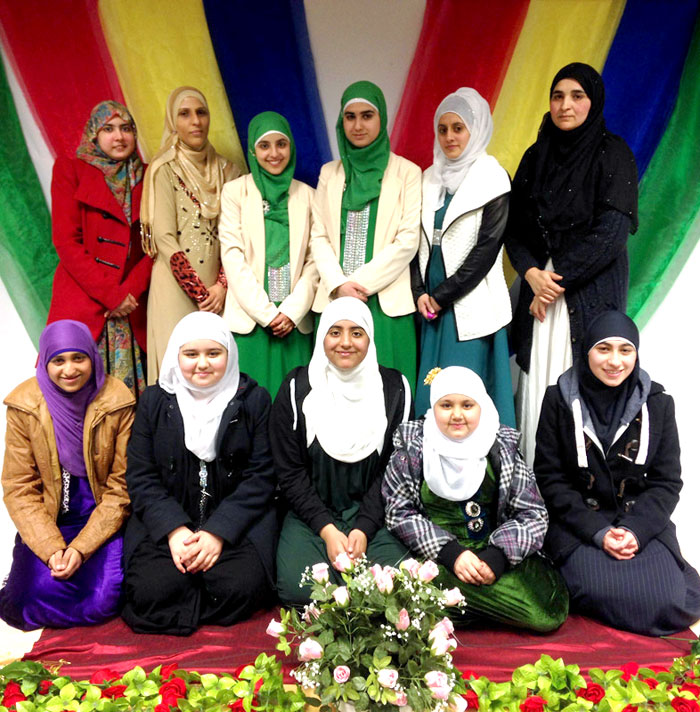