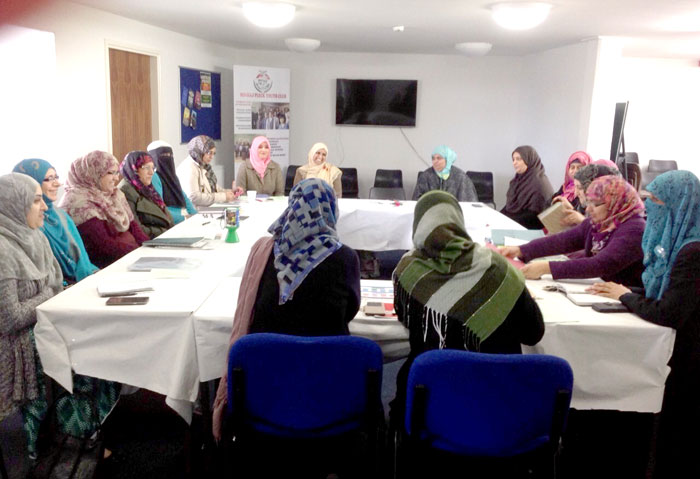 Meeting started by Ustaza Fatima Mashadi (President MWL UK) sharing last year’s updates on restructure of Minhaj-ul-Quran Women League UK. She said that, the new structure has produced a very successful way of working and has led to great results being achieved by MWL UK for 2014. The Working Plan and targets for 2015 was discussed.

Each Zonal Team presented their achievements and challenges of 2015. Zonal Teams also set out their targets for the next quarter.

Discussion was held on how to present both of these projects in working structure of MWL UK.

Sister Rubina Raja (Welfare Secretary MWL UK) shared the updates on all MWL Welfare activities and their working methods. Planning for Zakat and Qurbani were discussed.

Ms. Fatima Mashadi (President MWL UK) appreciated the achievements and dedication of the MWL UK National Executive Team. All main points of the Teams’ future planning were concluded and finalised. The Teams were encouraged by her to keep their devotion of hard work and love for their work of Minhaj-ul-Quran consistent so that more great results are produced for the following months InShaAllah. Walsall MWL was thanked for hospitality and support for this meeting. Next quarterly meetings date and venue was set at 15th of August 2015 and the hosts will be Manchester MWL InShaAllah. The meeting was concluded with a Dua by Sister Riffet Rana.