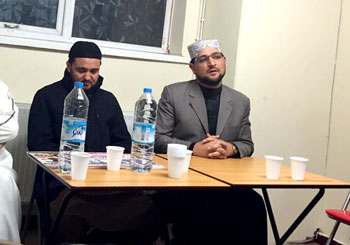 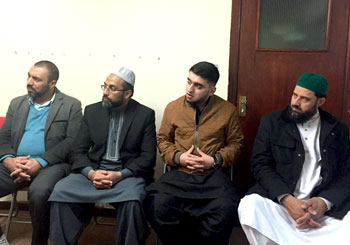 A fundraising Qawwali program and Charity Dinner has been organized in association with Minhaj Welfare Foundation by workers of Minhaj-ul-Qur’an in Ashton and its surrounding areas. The program will be on Sunday 10th May 2014 and all proceeds from the event will go to relief aid for the Tharparkar (Sindh) region, through Minhaj Welfare Foundation.

At 1.00 pm, the delegation met with executives from MQI Oldham. Hussain Ali Qadri recited verses from the Holy Qur’an and Shahbaz Hassan Qadri recited a Naat. Thereafter Allama Haroon Abbasi gave a motivational message expressing the need for MQI members to be seen to be delivering the message of Shaykh-ul-Islam Dr Muhammad Tahir-ul-Qadri and delivering relief to the stressed and oppressed communities of the Tharparkar region. Arshad Ali Qadri and colleagues from MQI Oldham warmly appreciated the program and agreed to participate fully in the program and also further work in the area. Salat Zuhr was offered followed by lunch.

At 3.00pm the delegation arrived in Accrington and met Master Zafar Iqbal at their residence. Allama Haroon Abbasi discussed progress of missionary work in Accrington and Master Zafar Iqbal gave encouraging feedback. From here the delegation moved on to Rawtenstall and visited Allama Nauman Qadri Al-Azhari, who was also requested to participate in the event and assist in support of the MWF Tharparkar project.

At 5.30 pm, the delegation arrived in Blackburn, and was warmly greeted by Abid Hussain (President MQI Blackburn), Ejaz Saeed (Secretary General MQI Blackburn) and executives. After recitation of the Holy Qur’an and Naat by Shahbaz Hassan, Allama Haroon Abbasi gave a brief talk on the welfare and social awareness responsibilities on all Muslims, and in particular on members of Minhaj-ul-Qur’an. The 10th May Charity Program for Tharparkar was discussed in detail and MQI Blackburn gave an encouraging commitment for participation and promotion of the event. 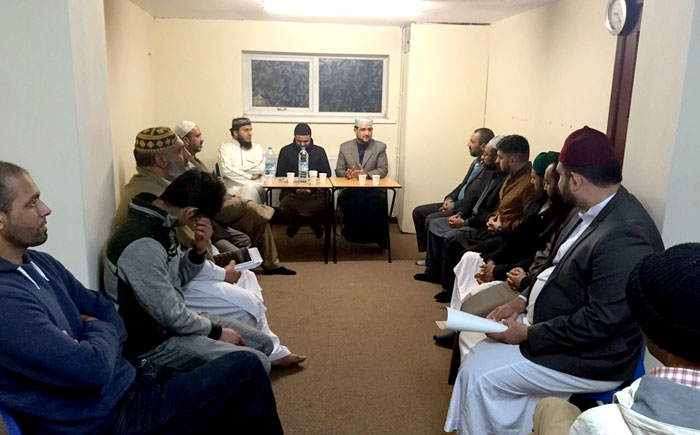 At 7.00pm, the delegation arrived in Nelson and after Asar Salat, MQI Nelson Executives and representatives of the Women’s League were present for a brief and productive meeting. Allama Shams-ur-Rehman Assi recited verses from the Holy Qur’an and welcomed the delegation. Shahbaz Hassan recited a Naat. Allama Haroon Abbasi gave a brief message on the need for workers of Minhaj-ul-Qur’an to come together as one body, irrespective of locality, branches or forums, to collectively support these Welfare and general aid initiatives. Allama Abbasi asked for a strong participation from brothers and sisters in Nelson, for the 10th May program for Tharparkar Aid. Haji Ismaeel and Haji Khadim Hussain of MQI Nelson, warmly appreciated the initiative and pledged maximum support from all forums in Nelson.

At 8.40pm the delegation arrived in Rochdale and after Salat Maghrib, the delegation was welcomed by Minhaj-ul-Qur’an (Rochdale). Shazad Butt, Zahid Bhatti, Ali Raza and other executives were present, along with Allama Imran Qadri and Allama Saeed-ur-Rashid Baghdadi. After recitation of the Holy Qur’an by Allama Imran Qadri and Naat by Shahbaz Hassan, Allama Haroon Abbasi gave a brief talk on our duty to our fellow human beings and in particular our duty to the neglected inhabitants of the Tharparkar area.

Allama Haroon Abbasi explained the need for the program organized in association with Minhaj Welfare Foundation and requested MQI Rochdale and all its forums to participated in the arrangements and attend this program. The executives present gave a very positive response and commitment to support the program. They also advised that MWF should be asked to provide costs of individual sponsorship options that the public could be encouraged to consider, such as water pumps and monthly food parcels for families. Further discussion also ensued on the need for programs like this to be fully transparent from collection to utilization of funds and distribution of aid. The advice was appreciated. Evening meal was arranged by Minhaj-ul-Qur’an (Rochdale), after which there was a further brief sitting, wherein Allama Haroon Abbasi and the executives discussed work and strategy of Minhaj-ul-Qur’an and general matters. Concluding dua was made by Allama Saeed-ur-Rashid Baghdadi.

The delegation left Rochdale and arrived back in Ashton at 11.00 pm. Allama Haroon Abbasi was thanked by the executives of Minhaj-ul-Qur’an (Ashton) for joining this initiative to support the work of Minhaj Welfare Foundation in Tharparkar. 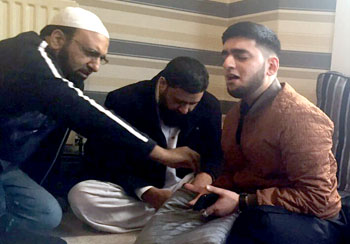 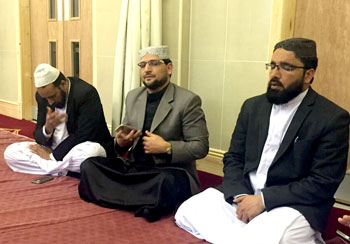 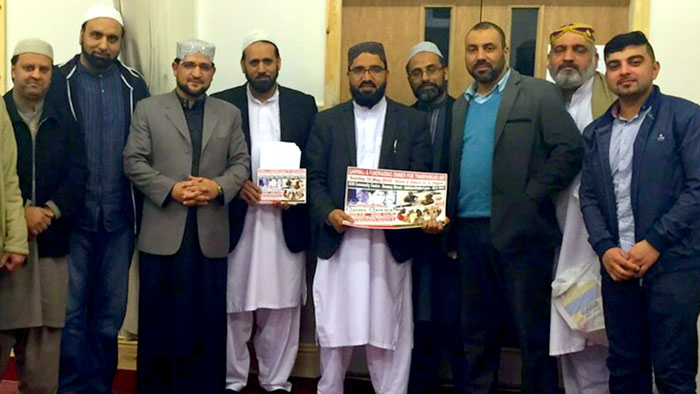 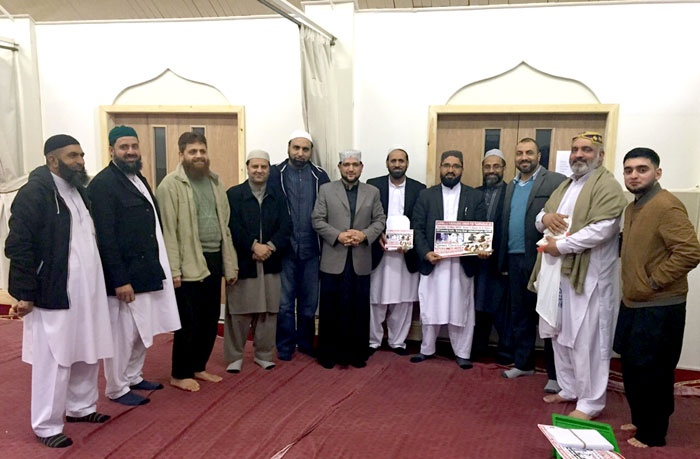 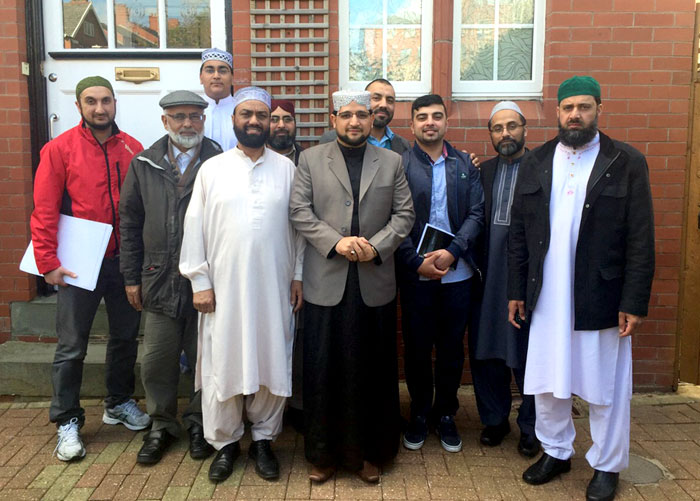 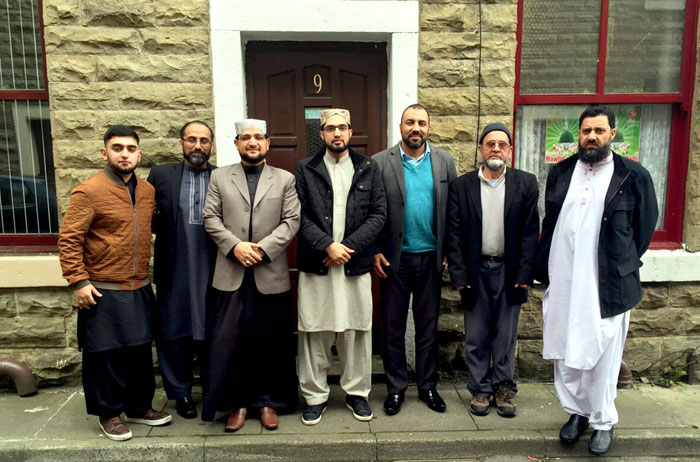 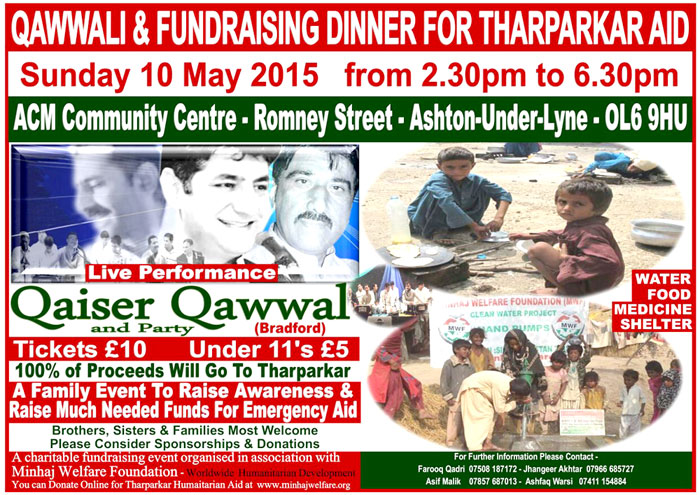