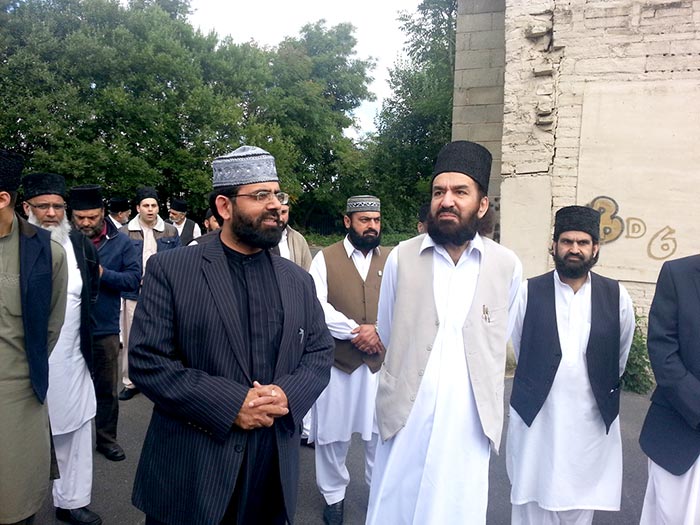 On Sunday 8th September, Peer Naqeeb ur Rehman of Darbar-a-Aaliya Muhammadiya Eidgah Shareef, Rawalpindi Pakistan visited the Mega Project site in Bradford. They were accompanied on the tour of the site with a large gathering of his followers who has come from across the Yorkshire region.

Peer Naqeeb ur Rehman Sahib was warmly greeting and welcomed by Allama Muhammad Afzal Saeedi, President of Minhaj ul Quran International National Executive Committee and the Head of the Mega Project in Bradford. Also present from Minhaj ul Quran were Allama Muhammad Adeel Qasmi from MQI Bradford as well as some of the local members of MQI Bradford. After an exchange of greetings and welcomes, the tour of the site began. Allama Muhammad Afzal Saeedi gave a details brief on the site and the anticipated vision for the site. He outlined that the site has so much potential that it will, insha’Allah become the hub of knowledge from the North of England. Allama Sahib mentioned that we intend to develop on of the largest mosques in UK along with an educational establishment as well recreational amenities such as sports and community provisions.

Allama Muhammad Afzal Saeedi further elaborated that the vision for the Site is to work in partnership with other organisations and develop mutual bonds to strengthen the identity of the Muslim Ummah. He mentioned that Shaykh-ul-Islam Dr Muhammad Tahir ul Qadri recently made a visit to the Mega Project site and officially launch the project in July 2013. Allama Sahib reiterated the words of Shaykh-ul-Islam that the primary focus of this new development will be on true Islamic education as torch bearers of Ahle-e-Sunnah wal jammat, MQI will be able to use this Centre for all their national activities as well as Europe. The potential is huge as well as the challenges. This is firmly in the mind-set of the vision of MQI UK.

Peer Naqeeeb ur Rehman Sahib expressed their gratitude to Allama Muhammad Afzal Saeedi and to Minhaj ul Quran International Bradford for the warm welcome and reception. They expressed their delight and impressed with the ostentatious site and gave their blessings and prayed for the success of the new project. They prayed for Shaykh-ul-Islam in particular for His untiring efforts around the globe. 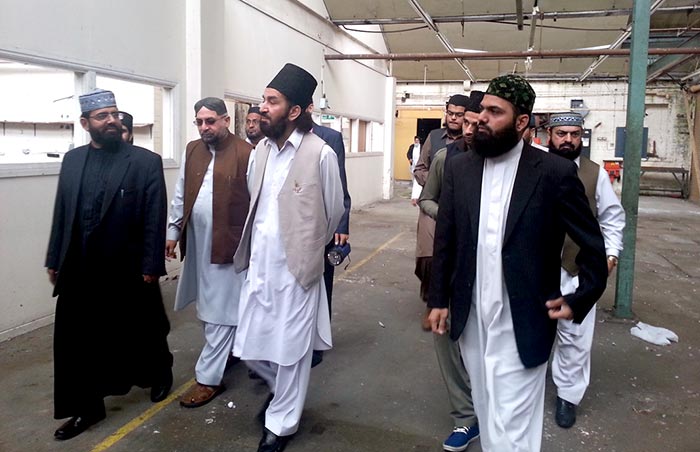 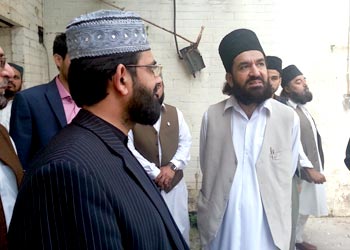 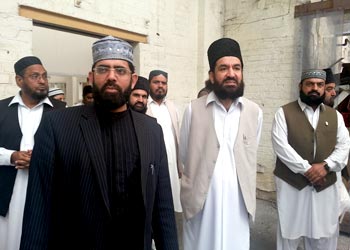 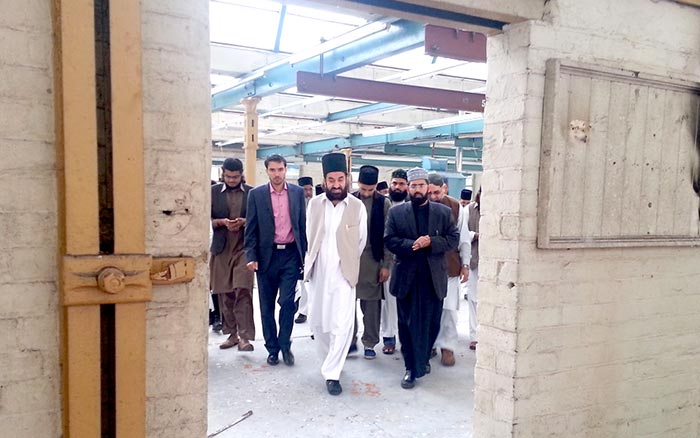