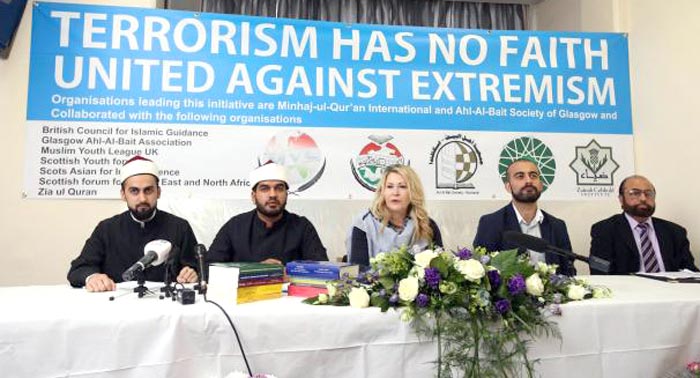 Scottish Muslim organisations are to join together in Glasgow to condemn last Friday's attacks in Tunisia, Kuwait and France.

The event's organisers said they are willing to "do whatever is necessary" to stamp out extremism in the community if it arises.

They said they felt it was their duty to make clear they "abhor all forms of extremism wherever it is found".

Their aim is to ensure the attacks don't damage community relations.

The event will take place at the Glasgow-based Ahl-ul-Bait Association, which along with the organisation Minhaj-ul-Qur'an International, will lead the event.

Prior to the event, the organisers said that attacks such as the ones last Friday were "crimes by individuals and groups armed with prejudice, hate and intolerance, claiming to be followers of Islam".

"These individuals and groups are a threat to our fundamental human right to live in peace. The number of people being brutally killed is truly tragic. It is designed to breed fear and disorder," they said.

"Many of us who are leaders in the Muslim community plan to redouble our efforts to work alongside the entire community to do whatever is necessary to root out hatred and intolerance as it arises.

"Instead of sowing discord, their evil will invigorate us all to come together as one and reject their doctrine of hatred. We support any efforts to defeat ISIS and other similar groups," they added.