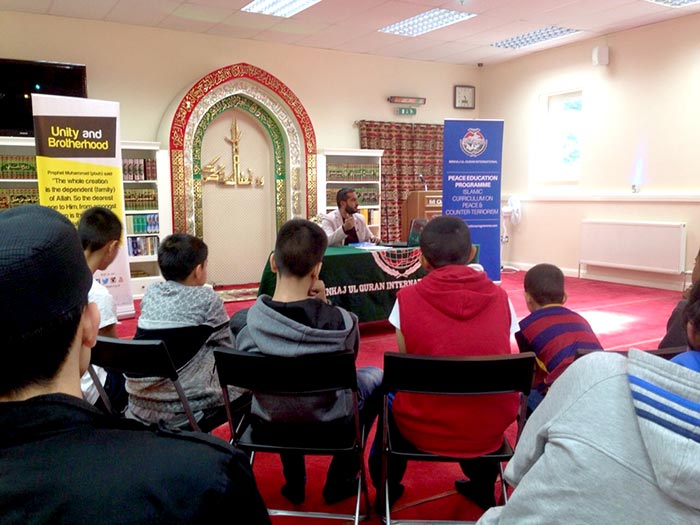 On the 23rd of July 2015, the Muslim Youth League UK organized an internet safety workshop which took place at the Minhaj-ul-Quran mosque in Glasgow, where young people and parents came together to learn about issues related to online safety.

Shaykh Rehan Ahmed Raza al-Azhari, an Islamic scholar and an active member of the Youth League, delivered his keynote speech at the workshop and discussed the issues of radicalization, child sexual exploitation, cyber bullying, cyber stalking and identity theft. Although the talk was primarily centered around the issue of online safety, issues related to the portrayal of Islam in the media were also raised.

Because some people may interact with the opposite gender differently on an online interface, the Shaykh also touched upon the ethics of interacting with the opposite gender from an Islamic perspective and how such conduct should be observed online as well. He re-emphasised the topic of modesty by quoting the famous hadith of the Prophet (peace be upon him):

"Modesty is a part of faith". - Sahih al-Bukhari and Muslim.

A journalist from STV named James also participated in the event and filmed it as well. He asked other participants in the event to advise him on how he could better carry out his job in terms of portraying Islam in the media. Some of the participants also took part in an interview whilst speaking to James about their thoughts on the workshop and on current affairs around the world, particularly issues related to extremism.\Report by: