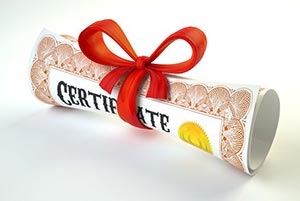 MWL (Manchester) presented a three month course on “Introduction to Islamic teachings" which focused on ‘Tajweed, Aqeedah and Fiqh’. The course was delivered by Allama Haroon Abbasi, respected scholar at Minhaj-ul-Quran Manchester. Sister Shameem Akhtar (President) and all MWL Manchester sisters promoted this course at their weekly ‘Halqa-e-Durood’ gatherings that are held regularly.

Assessments were carried out on the 8th of August. This included a written and verbal test. Students completed assignments on topics such as 'Spirituality, Women rights in Islam, Islam and No Place for Terrorism, the 5 Daily Prayers, and four Islamic schools of laws.

The students felt they had benefitted highly from this course as they had gained an in-depth knowledge of the foundations of Islam. Sisters were empowered with this knowledge and wanted to share it with their families and implement it in their daily lives.

On the 6th of September, a diploma presentation ceremony was held. The proceedings of ceremony got underway with heartfelt recitation of the Glorious Quran by Sister Saima Hussain (General Secretary).

Naats were recited melodiously by Sister Abida Bibi, Sister Saba Asif and Sister Saima Hussain praising the beloved Prophet ﷺ‎. This was followed by congregational Durood Shareef to send peace and salutations on our beloved Prophet (Peace and blessings be upon him).

A short talk was delivered by Allama Haroon Abbasi on the importance of coming to the masjid and joining spiritual and Islamic courses as these. As Muslims we should be eager to come to mosque; however some people forget the importance and virtues of this great deed, he said.

Thereafter the certificates were presented to each student and a meal was served which was made by the students. A lovely lunch was hosted for the sisters in celebration of their achievements.

Due to the success of this course, another course has been planned by MWL Manchester. Sisters have already registered for this.