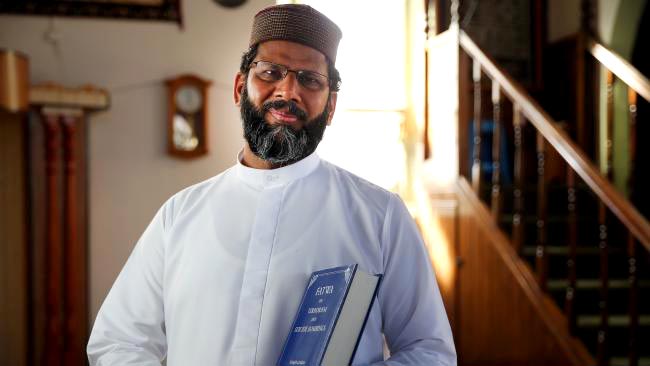 Geelong Imam Mohammad Ramzan said ISIS can be defeated if the world comes together to stop young people being recruited. Picture: Peter Ristevski.

THE key to defeating ISIS is stopping it from brainwashing and recruiting teenagers, according to Geelong Imam Mohammad Ramzan.

“Extremists did that in the past and they are doing it now. The world has changed into a global village, and if the world will not come together against their ideology of extremism, then we will continue to face this,” the religious leader said.

“It happened first in New York, then in London and now it’s happened in Paris and it could be some other country next, god forbid it could be Australia.

“This is our common problem and we need to fight against and stand against it, in what ever way possible. So we will lead protests, write articles and talk about it.”

‘I met a lady and she asked my name, I said Mohammad, and she said that is not a good name to have these days’

Speaking with the Geelong Advertiser, Imam Ramzan said the world was fighting two wars against the extremist group; a physical one and an ideological one.

He said the first battle was for the military, and that he supported the role of security agencies in keeping “our countries and our cities and our people safe”.

The second fight was for the people. For the public, the media, religious institutions and government and non-government agencies to stand together and “win against this evil.”

“We need to join hands and there needs to be a strategy,” he said.

“That is education and information. Children at an early age should have the information so if anyone from an extremist group approaches them they are clear minded and can rebut it.”

Imam Ramzan has been at the Geelong Mosque for four years after moving from the UK. 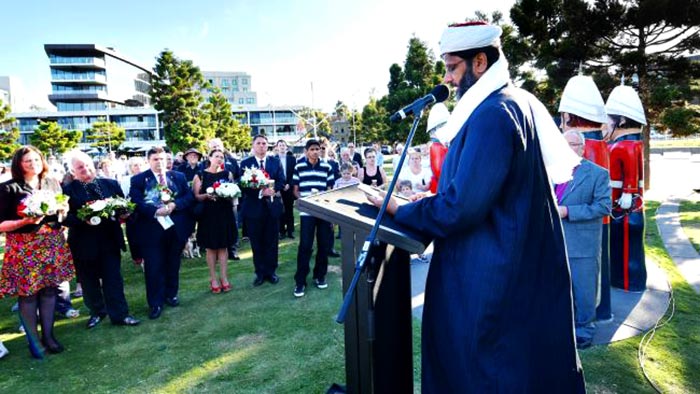 His words follow a passionate speech at Monday night’s candlelight vigil for victims of the Paris terror attacks, in which he described ISIS as “filthy dogs”.

There are more than 800 Muslims living in the Geelong community, having settled from countries including Turkey, Bosnia, Arabia, India, Pakistan, Indonesia, Malaysia and Afghanistan.

Imam Ramzan said he had been preaching to his followers that the terrorists who were committing violence in the name of Islam were misquoting and distorting the Koran and forgetting the message of peace.

‘STOP THE FILTHY DOGS OF ISIS’

“ISIS and these extremists are more our enemies than anyone else. They have killed over half a million Muslims in the last two years, this goes unnoticed.”

He said Geelong Muslims had felt the latest tragedy in Paris twofold.

“Number one is that our brothers and sisters in humanity are being killed, and number two is that the blame then comes to us,” he said.

“I met a lady and she asked my name, I said Mohammad, and she said that is not a good name to have these days.”

But he said by coming up with and implementing a strategy together, rather than reacting in retaliation, ISIS could be destroyed.

“Hopefully we will shut that door, and when there is no recruitment and no people, we will be able to defeat them,” he said.