Sister Abida Parveen (Welfare Secretary) narrated a short Hadith on the importance of Salah and the place of worship (Masjid). Sister Nasreen recited and translated a passage from Surah Baqarah, these verses highlighted the importance of The Quran. Sister Khalda Khan (President) went on to explain the passage in more detail for the sisters.

A precise video talk by His Eminence Shaykh ul Islam Dr Muhammad Tahir ul Qadri on the rights of women and wives in particular was played for the sisters. Sister Khalda khan ran a short question and answer session to check the sisters' understanding. From the responses it is apparent that the sisters took away beneficial knowledge.

The gathering concluded with Aeysha Mirza (General Secretary) leading the Dhikr followed by a beautiful Salaam and Dua.

As it had been previously announced that this was a gathering for Eid ul Adha the sisters had contributed to the meal at the end of the gathering, by bringing a selection of home prepared dishes.

Everyone thoroughly enjoyed the mehfil, overall it was a success. 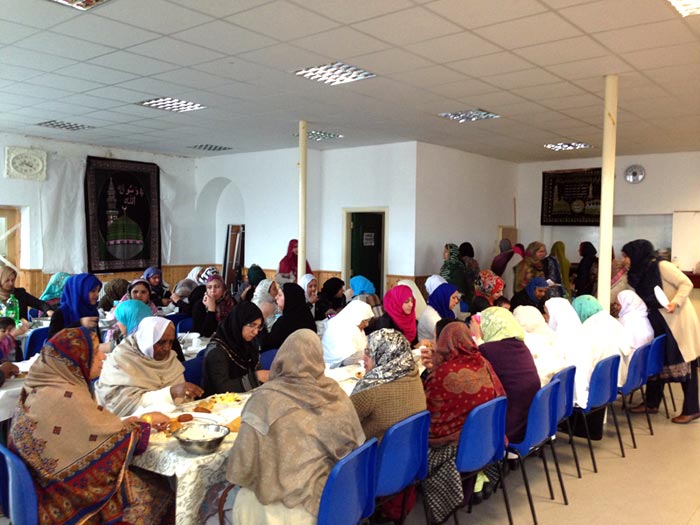