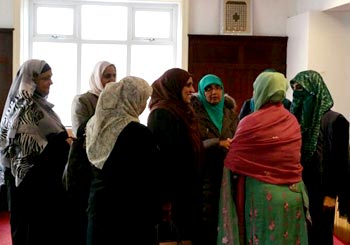 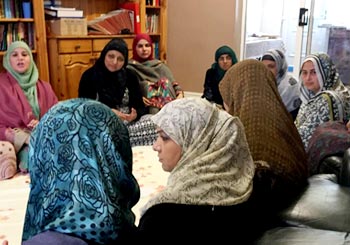 They were also asked by the Executive team to be as active as possible on media so their work could be highlighted at an international level. Ms. Fatima Mash’hadi congratulated the Tinsley team on their hard work and efforts in particular the media reports that were being published on the Minhaj ul Quran UK website on a regular basis.

Ms. Fatima Mash’hadi also took her time out to visit the Tinsley Islam Centre where the Halqa-e-Darood is held on a weekly basis. She was impressed with the venue and congratulated the team on their efforts.

We are thankful to the Executive Team for taking out time for us from their busy schedule.

Everyone thoroughly enjoyed the meeting today. The meeting ended on a very positive note with everyone speaking very fondly of it. The meeting boosted everyone's morale and motivated the teams. We endeavour to continue our hard work through the dynamic platform provided to us by Minhaj ul Quran. The meeting was attended by 35 ladies.