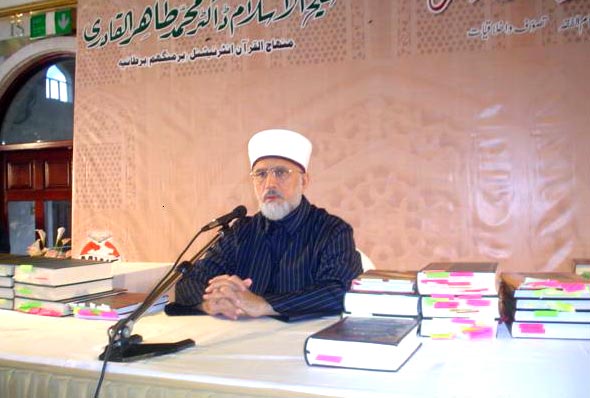 Knowledge of Hadith is like an ocean in which only those will get reward who delve deep into it and those sitting on the shore and in the habit of raising objections get nothing. Shaykh-ul-Islam Dr Muhammad Tahir-ul-Qadri expressed these views while delivering his speech to the audience of Doara Bukhari & Muslim on the second day.

Speaking on the subject of attributes of the Holy Prophet (saw), Shaykh-ul-Islam said that Allah Almighty adopted the way of mercy, not justice towards Muslim Umma for the reason that if a believer of the Muslim Umma entertains a mischief but does not implement it, Allah Almighty still rewards him for not choosing to act upon it and if he resolves to do some good, he stands rewarded for one time in case of only resolution and ten times if he implements it. The reason for this special favour is the intercession of the Holy Prophet (saw). 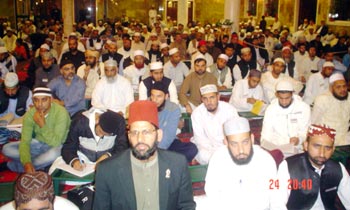 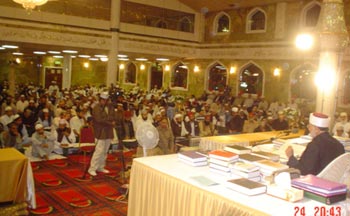 Citing various traditions from Bukhari and Muslim, Shaykh-ul-Islam held that Hajj takes place in Makkah but how come the protection of faith takes place in Madina? He explained this Hadith in great detail that when Islam would be shrunk to Makkah and Madina and the Dajjal would also reach there, faith would be protected by undertaking the journey to Madina, not Makkah because the security and stability of faith would be possible due to the person, and shrine of the Holy Prophet (saw).

Dr Muhammad Tahir-ul-Qadri said that greatness and holiness of Madina owes itself to the person of the Holy Prophet (saw). Shaykh-ul-Islam referred to and interpreted such Prophetic traditions in which the Holy Prophet (saw) prayed to Allah for endowing more blessings and superiority to Madina in comparison to Makkah. He also made mention of the prayer of Hazrat Umer (ra) in which he prayed to Allah to give him death on His way and bless him with the honour of burial in the holy city of Madina. 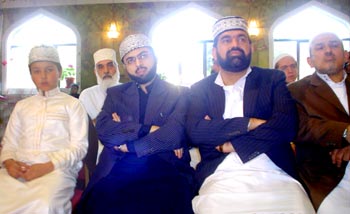 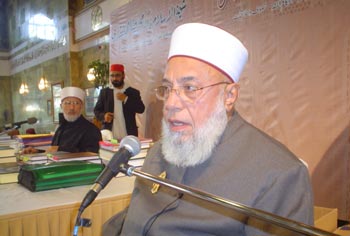 Dr Muhammad Tahir-ul-Qadri said that the Muslim Umma was in the abyss of political decline and moral degradation because it had broken with the source and origin of its inspiration i.e. the person of the Holy Prophet (saw). He urged the Umma to reconnect itself with him in order to regain their lost position. Shaykh Asad Saeed Sagharji and Shaykh Abdur Rehman of Syria, Shaykh Ahmad Dervaish of Egypt, Mufti Habeebullah of Bangladesh, Hafiz Nazir Ahmad Khan of Holland, Allama Noor Ahmad and Allama Sohail Saddique of Norway and many other scholars also spoke at the occasion. 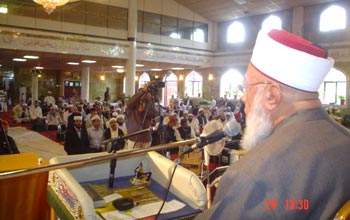 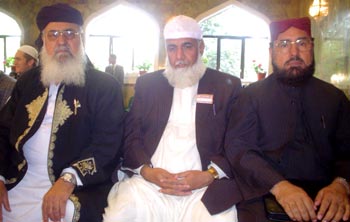 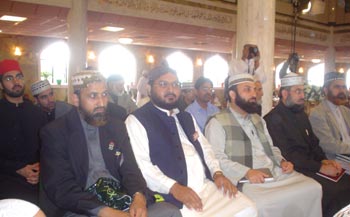 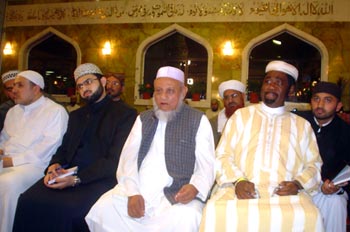 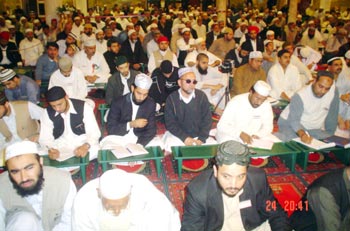 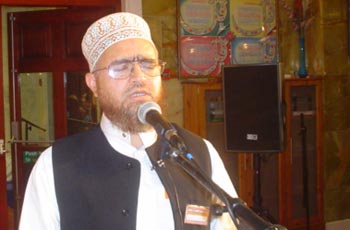 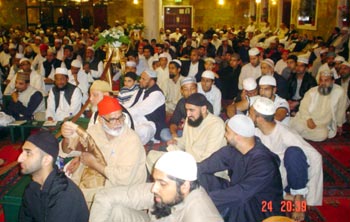