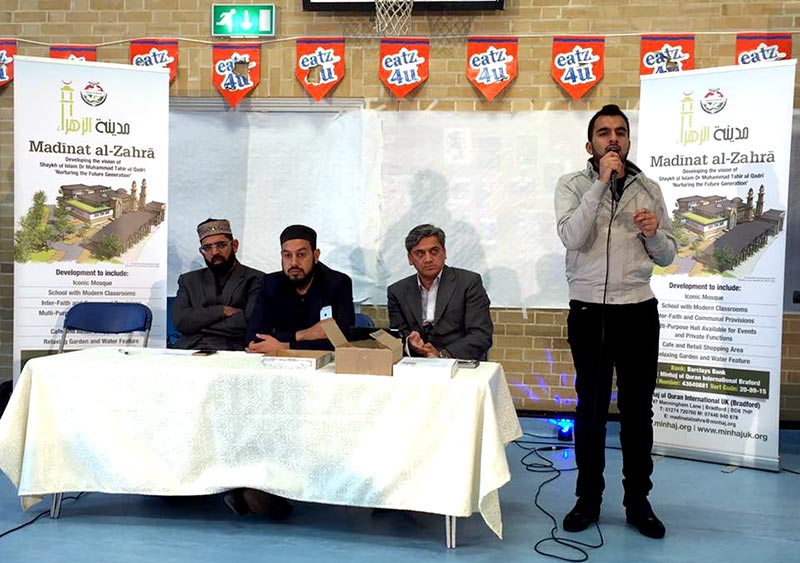 Alhamdulillah on 18th June 2016, Madīnat al-Zahrā launched its campaign by holding its first fundraising event in Luton. The team led by Project Director Allama Muhammad Afzal Saeedi was welcomed open heartedly by MQI Luton who was keen on helping the project.

The night was full of entertainment as famous nasheed artist, Muhammad Milad Raza Qadri was also present and entertained the audience with the praise of the Holy Prophet Muhammad PBUH with his melodious voice.

Muhammad Afaq (Project manager) gave a presentation on what Madīnat al-Zahrā was and what the aims and objectives of this project are. He emphasised on the importance of this project being built in the UK as there is no such example of this in there. Followed by his presentation was the official animation of Madīnat al-Zahrā from which created such an impact that many people started giving large sums of donation on their own will.

Allama Afzal Saeedi later expanded on the point that this is a must need for the people of not just Bradford but also the UK and Europe. This is also a dream of Shaykh-ul-Islam that this project should be built and Inshallah with the help of every donation, it will be built.

At the end, many people thanked the Madīnat al-Zahrā tem and thanked them for coming and gave their commitment to help this project until completion and beyond.

We pray that may Allah Almight show us that day where this project is fully completed inshallah.

If you would like to donate these are the following details: 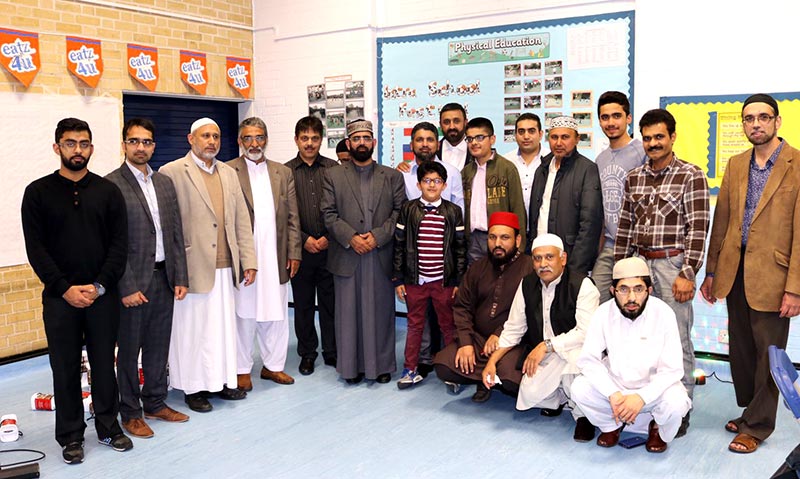