The official launch of Minhaj College Manchester (MCM) was held at Nawabs restaurant Manchester. The aim of the dinner was to introduce MCM to prominent members of the local political, social, business and educational community. The chief guest was Dr Hassan Mohi-ud-Din Qadri, Chairman Supreme Council MQI and visiting lecturer at MCM, alongside other esteemed guests and speakers.

The event was hosted by Mrs Yasim Hussain, member Board of Governors MCM. The program commenced with a recitation of the Holy Quran and Nasheeds.

Director MCM Tahseen Khalid welcomed everybody to the dinner and thanked them for attending. He explained the reason why there was a need to set up MCM. He said that the needs of the younger generation regarding Islamic education have not been met over the past thirty years which is why many people have many misconceptions relating to Islam. Due to the constant media bombardment, they consider themselves and Islam to be in the wrong rather than being able to rebut propaganda and biased criticism. He said that MCM requires the support of local community leaders and representatives who are present, in order to advance and be successful.

Councillor Basit Sheikh from Manchester City Council gave a brief message in which he said that he is well aware of the great work carried out by Minhaj Welfare Foundation (MWF) around the world. So he was pleased to hear about MCM opening up in Manchester. He said there is a great need for MCM in order to educate the younger generation in Islamic studies and also regular qualifications such as A levels. He assured his full support to MCM along with his colleagues from Manchester City Council.

Adnan Sohail, Project Manager MWF gave a presentation on the work of MWF and why MWF is launching MCM. He said that we wish to work in partnership with schools, mosques and other community establishments in order to take MCM forward.

Mufti Sohail Ahmed Siddiqui, Head of Islamic Sciences at MCM, gave a talk upon the reality of true knowledge. He said true knowledge is not only knowing things but being able to apply them according to modern requirements. He said there is a need for teachers and scholars who are not taught in a sectarian environment, who practice Islamic spirituality and do not misuse Ijtihad but remain aligned to original teachings. Remaining within the framework of original teachings of Islam, then applications can be made according to modern circumstances. He said Shaykh-ul-Islam Dr Muhammad Tahir-ul-Qadri has done this by changing the way Islam is presented by giving a scientific, practical and spiritual presentation of Islam. He has not changed the original teachings but has changed the format by which they are presented. He said that the challenge of the time is to produce teachers and scholars who will face the issues that Muslims are facing, and that is what MCM wishes to address.

Dr Zahid Iqbal, Chairman Board of Governors MCM, gave a presentation on MCM comprising of the aims and objectives, BOG, faculty, courses and details of the college building.

The Managing Director of MWF, Dawood Mash`hadi thanked everyone for attending and said that MCM can only perform successfully with the support of the community and its leaders and representatives. He said we look forward to working with you in order to make MCM a success.

Allama Ahmed Nisar Baig, President Markazi Jamaat Ahle Sunnat UK described the challenges he faced in trying to introduce Islamic studies to children in mosques in the UK. He said that MCM is a much needed project and once again Shaykh-ul-Islam Dr Muhammad Tahir-ul-Qadri and MQI have met the need of the time by opening MCM. He said that he and his organisation have and will continue to support all projects under the banner of MQI and MWF, especially MCM.

Dr Hassan Mohi-ud-Din Qadri, Chairman Supreme Council MQI and visiting lecturer at MCM gave the keynote address. His lecture was on how the Holy Prophet (SAW) gave vast amounts of knowledge to humanity. He began his lecture with the first revelation that came to the Holy Prophet (SAW) in the cave of Hira beginning with the words ‘Read by the name of your Lord who created; created man from a hanging mass…He taught man by the pen; He taught man what he did not know.” He said that the first revelation to the Holy Prophet (SAW) which were the first verses of the Holy Quran to be revealed, are about gaining knowledge and about scientific knowledge specifically relating to embryology. The Quran explains in detail the stages of embryology which were discovered by scientists in the last few decades.

Thus Dr Hassan concluded that gaining contemporary education such as scientific knowledge has always been a part and parcel of Islamic education which is why Muslims produced scientists which are highly praised by modern science. They are seen to be the pioneers of many scientific theories and invented many things that the modern world depends upon.

After dinner Dr Hassan met with many of the guests and discussed how MCM could progress further and how they could be a part of MCM. Dr Hassan also gave interviews to the media that were present. MCM information packs were provided to all participants. 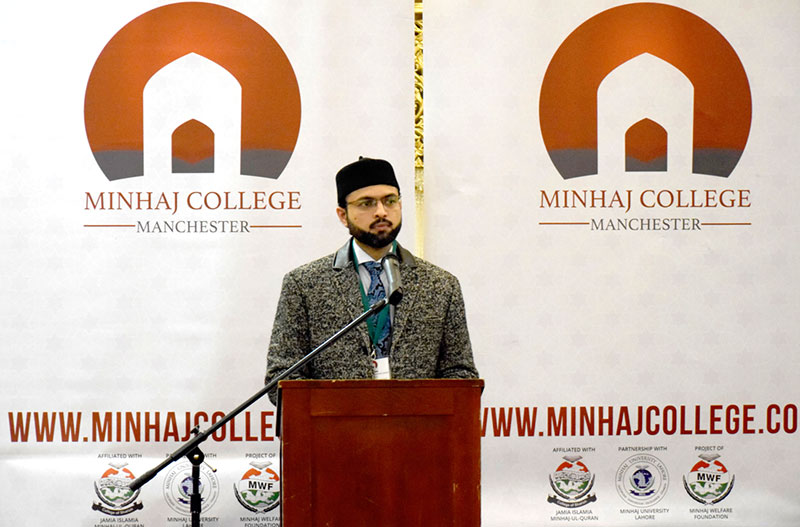 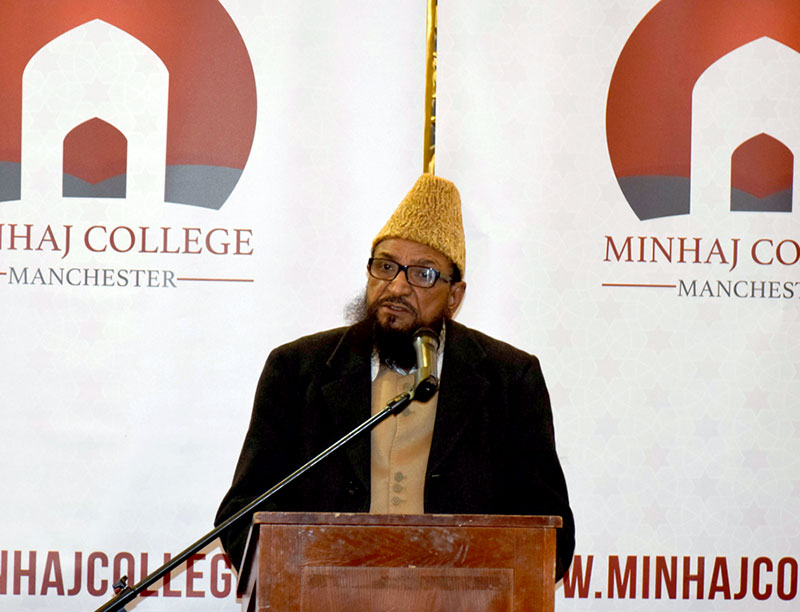 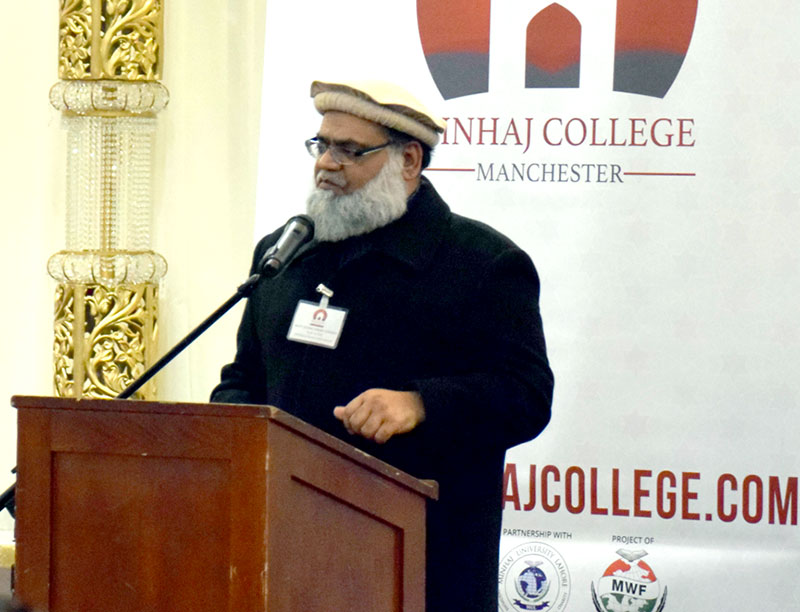 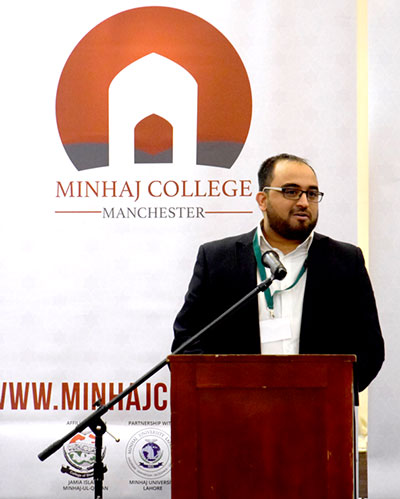 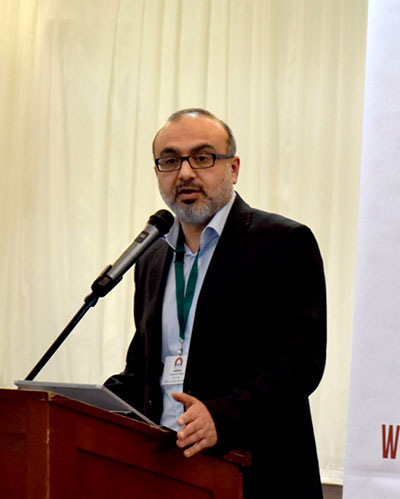 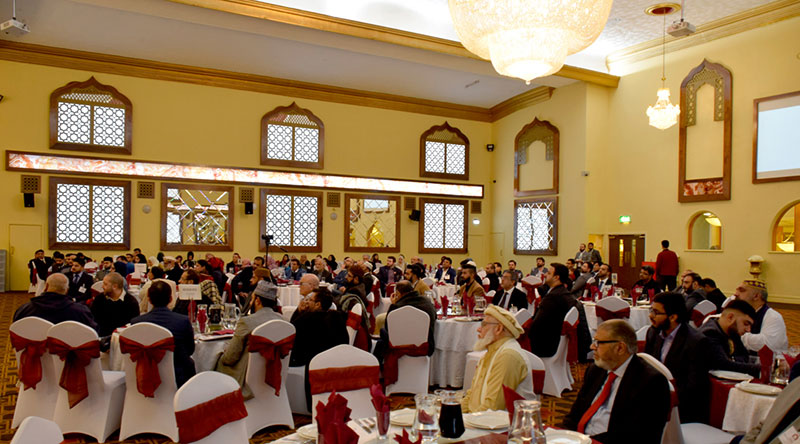 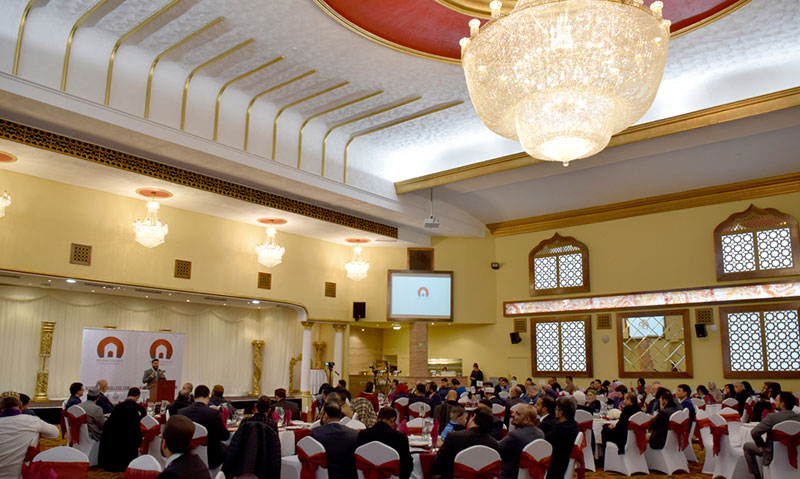 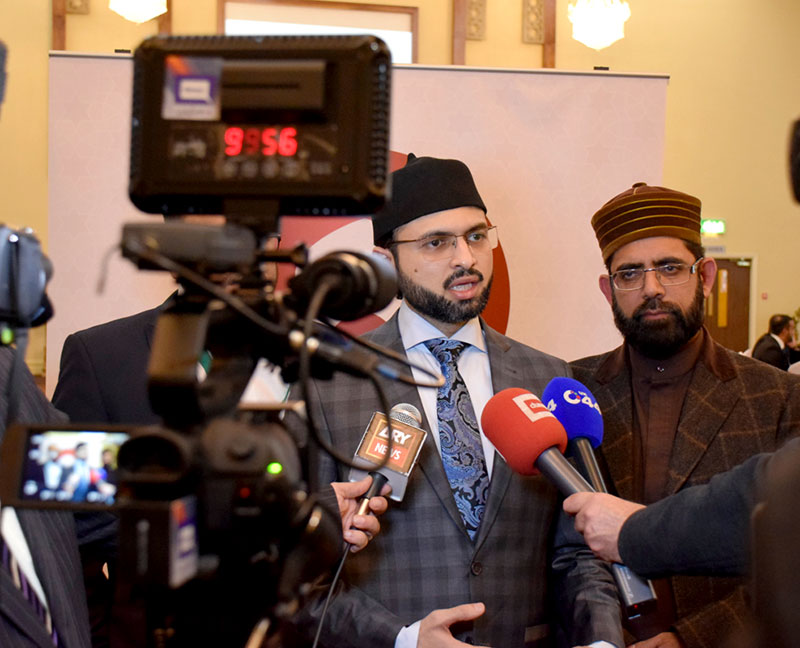