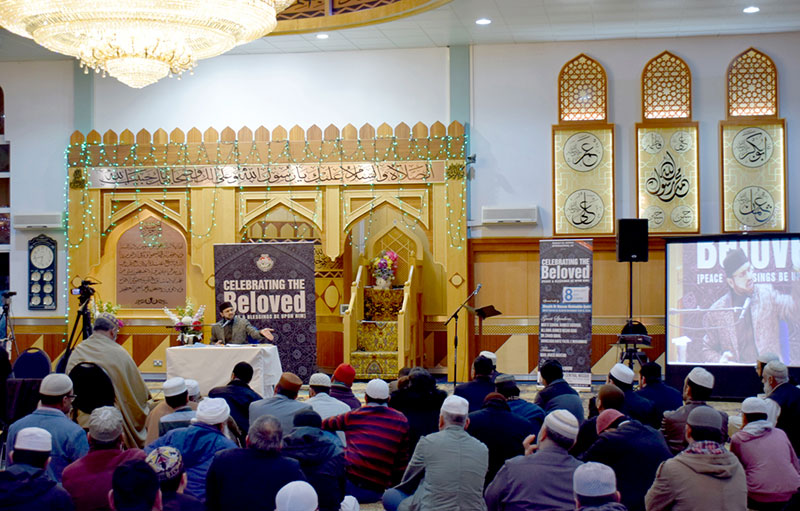 A series of two high profile events were arranged in order to launch the Minhaj College Manchester (MCM) on the 8th and 9th of January. The first of those was the Celebrating the Beloved conference at the Manchester Central Mosque and the second was a launch dinner at Nawabs restaurant, Manchester.

The Celebrating the Beloved conference at the Manchester Central Mosque was organised to raise awareness regarding the college among the community and was open to the public. The chief guest was Dr Hassan Mohi-ud-Din Qadri, Chairman Supreme Council MQI and visiting lecturer at MCM, alongside other esteemed guests and speakers.

The conference was hosted by Shaykh Adnan Sohail, Shaykh Muhammad Zeeshan Director MQI London and Syed Ali Abbas Bukhari president EC MQI UK. The conference commenced with the recitation of the Holy Quran. Nasheeds praising the Prophet (peace and blessings be upon him) were performed by Shahbaz Hassan Qadri and others.

Dr Zahid Iqbal, Chairman Board of Governors MCM, welcomed the participants and gave a brief talk on the merits of gaining knowledge. Mufti Sohail Ahmed Siddiqui, Head of Islamic Sciences at MCM gave one of the key addresses. He emphasised upon the need for such educational institutions and the obstacles that have existed in the UK for them to become a reality. In his academic discourse he quoted many prophetic traditions related to the importance of seeking classical and contemporary knowledge and education.

Sahabzada Hafiz Fazle Muhammad, a popular young scholar, was also a guest speaker. He spoke upon the importance, excellence and virtues of seeking Islamic education. He lauded Shaykh-ul-Islam Dr Muhammad Tahir-ul-Qadri for his great efforts in leading the Muslim Ummah during this pressing period for Muslims.

Allama Ahmed Nisar Baig, President Markazi Jamaat Ahle Sunnat UK and former chief Imam at the Manchester Central Mosque, was also a special guest who in his talk gave an overview of developments related to religious organisations and Islamic education in the UK over the past thirty years. He was highly critical of Muslim religious and spiritual leaders coming from Pakistan, saying that they only benefited themselves by taking donations from followers and did not provide anything to cater for the needs of the younger generations. He said these same religious and spiritual leaders stemming from Pakistan have been opposing Shaykh-ul-Islam Dr Muhammad Tahir-ul-Qadri for no other reason but envy and jealousy. He said they are no match for Shaykh-ul-Islam and they know it.

Dr Hassan Mohi-ud-Din Qadri gave the keynote address. His lecture was on the fact that the hadith and Sunnah of the Holy Prophet were also revelation from Allah SWT, like the Quran is, as it is clearly stated in a verse of the Holy Quran ‘You do not speak of your own wish, but indeed it is revelation that is revealed to you.’ He gave ample examples of hadith of important matters pertaining to faith and practice that are not apparently mentioned in the Quran and are only explained in the hadith of the Holy Prophet Muhammad (peace and blessings be upon him). He emphasised that the legal authority of the Hadith was equal to that of the Quran in giving legal rulings, which was proven from many verses of the Holy Quran. He also related the prophecy of the Holy Prophet about a fitna in the future of people who will reject the hadith and say they only accept the Holy Quran. The hadith states that people with no knowledge will be sitting on positions of knowledge and will reject hadiths based merely upon their own opinions. 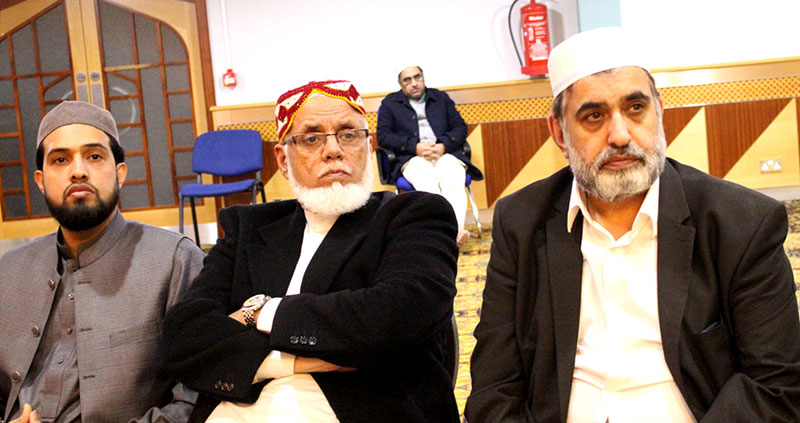 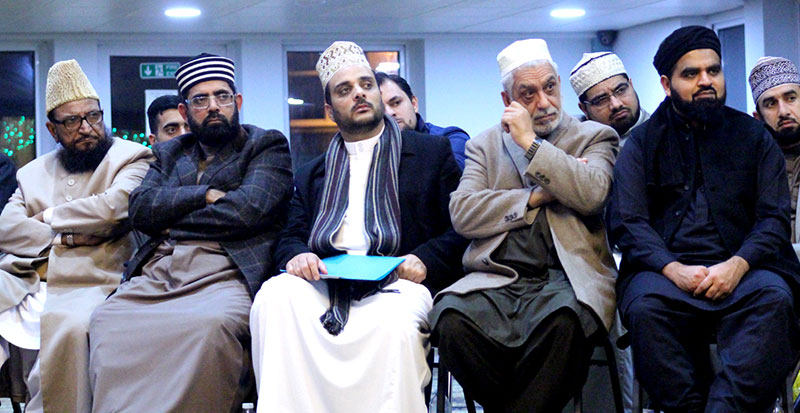 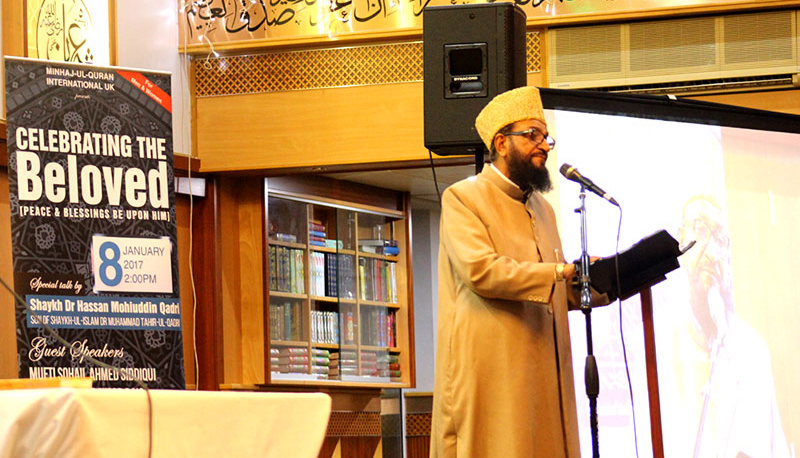 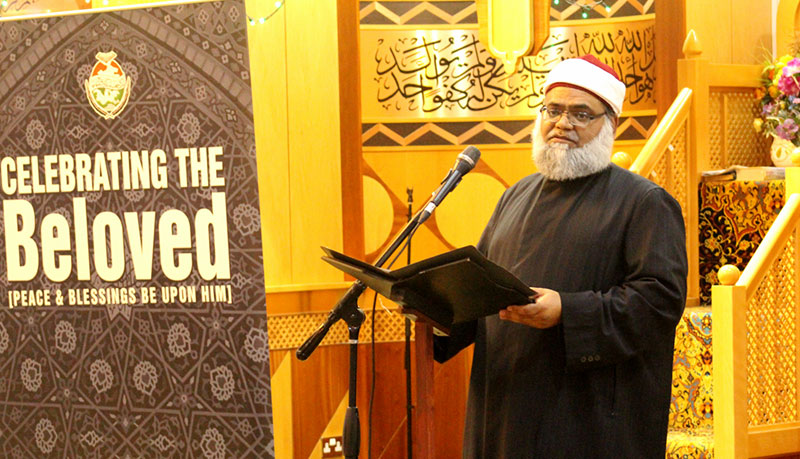 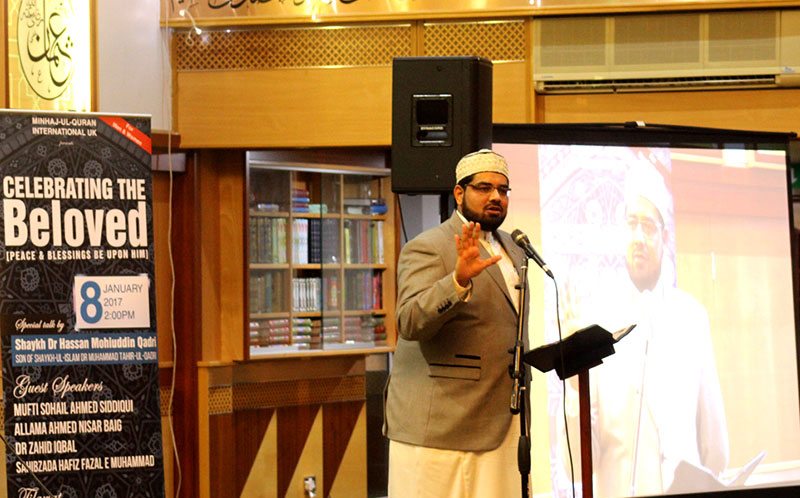 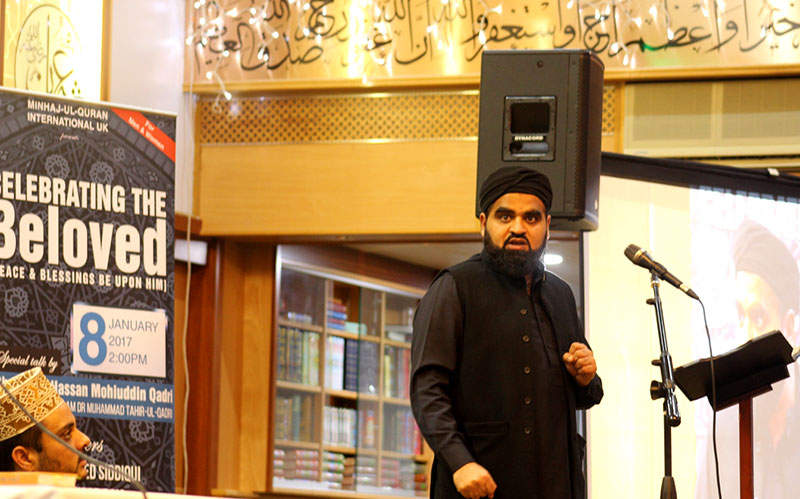 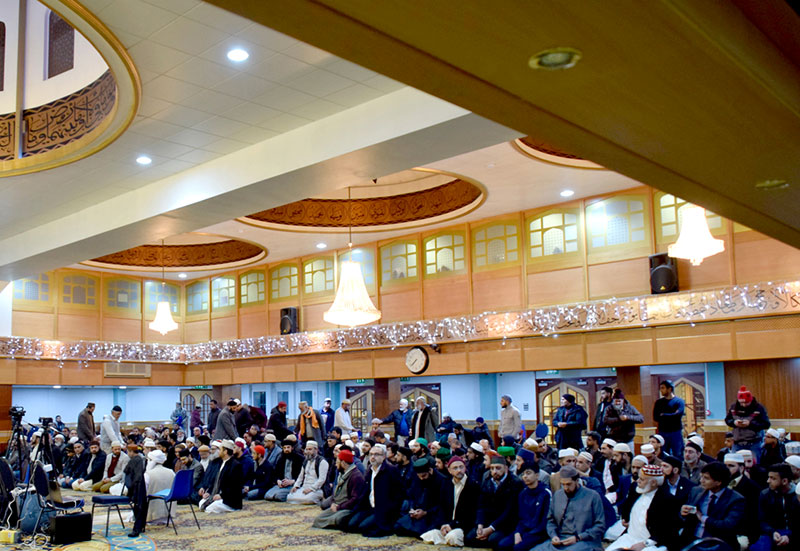