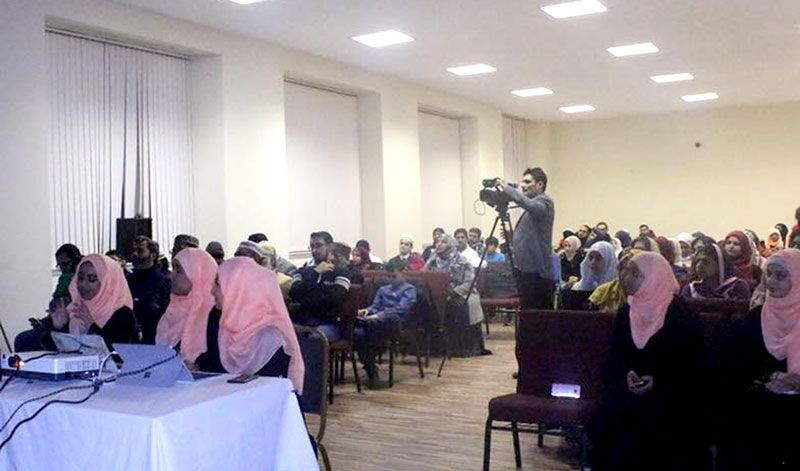 The program was arranged by the scholars of MQI Glasgow as well as the Shariah class brothers and sisters on Sunday 17th December. The event was themed around the blessed birth of the Beloved Prophet (Peace be upon Him) and also the concept of peace, unity and mercy. The program conveyed all of these messages and also the amount of work and effort put in by the youngsters who devoted their time to learn about the Beloved of Allah (Peace be upon Him).

The program was hosted by sister Haneen Fatima and commenced with the beautiful recitation of the Holy Qur’an by both the brothers and sisters. From the sisters were Rumaisa Zubairi and Mahdiya Zubairi who recited Surah Rahman together in a beautiful voice. From the brothers’ side was Hafiz Aqeel Ahmed who recited the end Ruku of Surah Baqarah in a melodious tune.

For recitation of Naat Sharif for the Beloved Prophet (Peace be upon Him) was a range of various brothers and sisters including a group nasheed by sisters Marva Munir, Sanna Hayat, Ayesha Ahmed, Haneen Fatima and Afifa Ahmed in which they recited the classical Qamarun with a collective wonderful effort along with Duff. And also brother and sister Yakoob Hayat and Sanna Hayat recited Milad Ki Raatiyan along with brother Hussain Ali Ahmed playing the Duff in a lovely way.

After the recitation of Holy Qur’an and Naat Shareef came along different performances. From the brothers, Ali Hyder gave a presentation on the work which Shaykh-ul-Islam Dr Muhammad Tahir-ul-Qadri has done in relation to the Prophet’s life. He explained in his speech that the work which Shaykh-ul-Islam has done covered different aspects of the Prophet’s life in terms personal, scientific, financial, economic, social, spiritual and political aspects of his life. He explained that Shaykh-ul-Islam has written the biggest Sirah book and explains in depth the personality and characteristics and traits given by the Sahaba with regards to our Beloved Prophet (Peace be upon Him).

After the second presentation was another spoken word given by sister Rumaisa Zubairi. She spoke on the issue of how faith and religion has been portrayed around the world and amazed the audience with her inspiring words of how we lack the true understanding of our Din and how it is perceived. We must understand our Din and be able to present it to the world through our good actions and etiquettes.

Next was the final presentation of the day given by brother Sufyan Khalid. He spoke on the work which Shaykh-ul-Islam Dr Muhammad Tahir-ul-Qadri has done on the subject of Mawlid and also Bid’a. He spoke on the huge works which the Shaykh has done through literature, collective celebration and speeches. Shaykh-ul-Islams evidences are immense and irrefutable which no one can challenge or neglect its importance in any way. He related Mawlid with Bid’a due to the typical mindset of those that question its permissibility and class it as a Bid’a. Again Shaykh-ul-Islams work on Bid’a leaves no questions to be asked on this concept and provides no room for the term Mawlid to be described as a Bid’a.

Next was a very well designed and self-made video presented by sister Ayesha Ahmed who explained great love for Holy Prophet (Peace be upon Him).

The program ended with vote of thanks from both Allama Dr Rafiq Habib and Allama Shahid Babar who appreciated the work and effort put in by the students and the fact that it was better than expected. They explained the importance of encouraging the youth as they are the future. Dua was made by Allama Shahid Babar and food was distributed among all attendees. 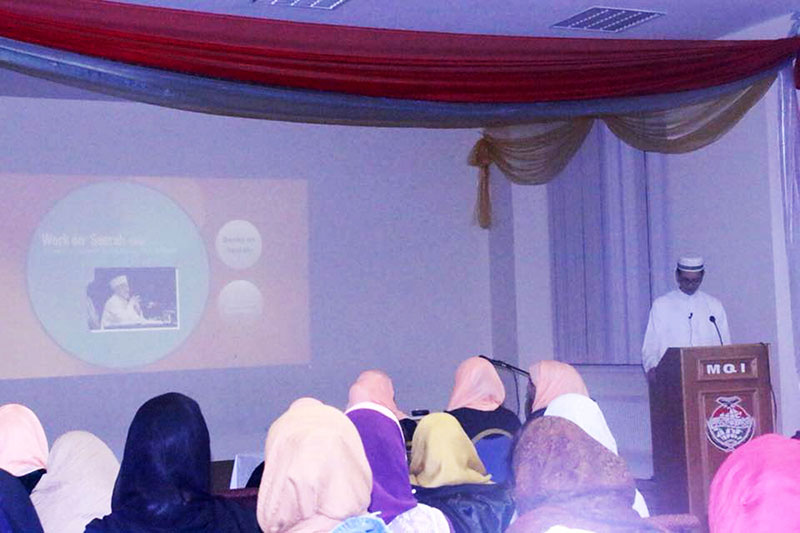 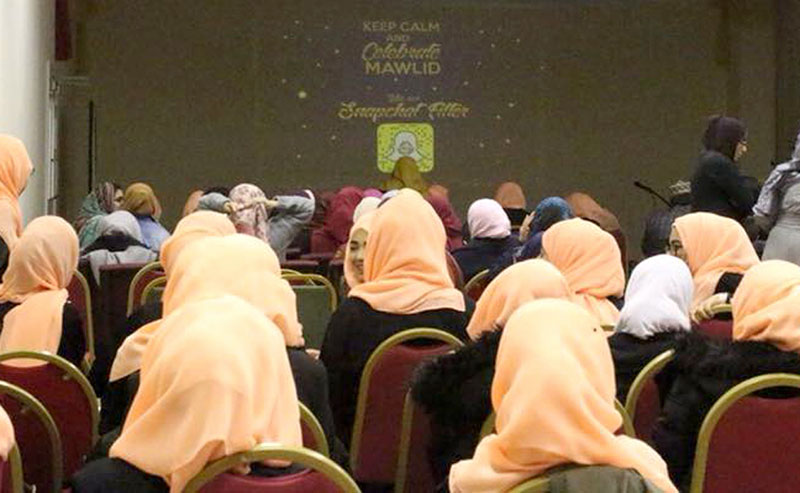 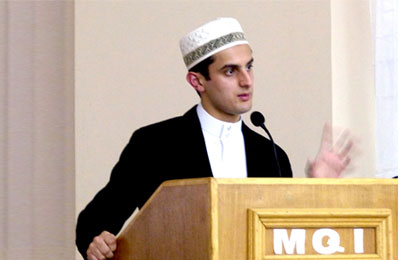 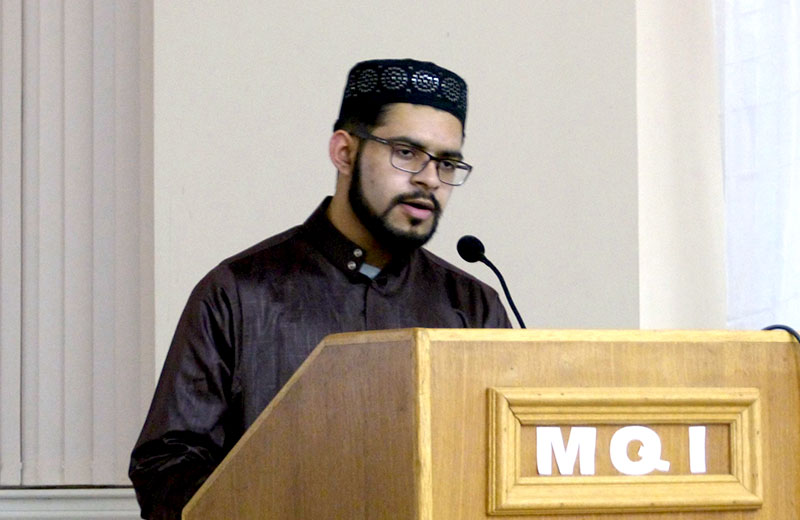 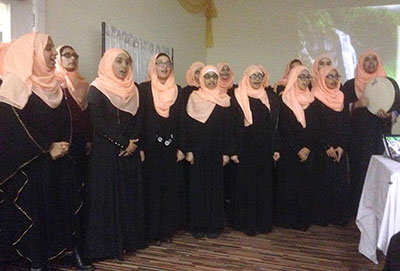 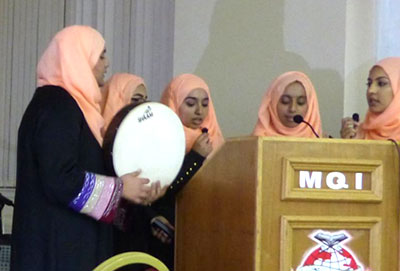 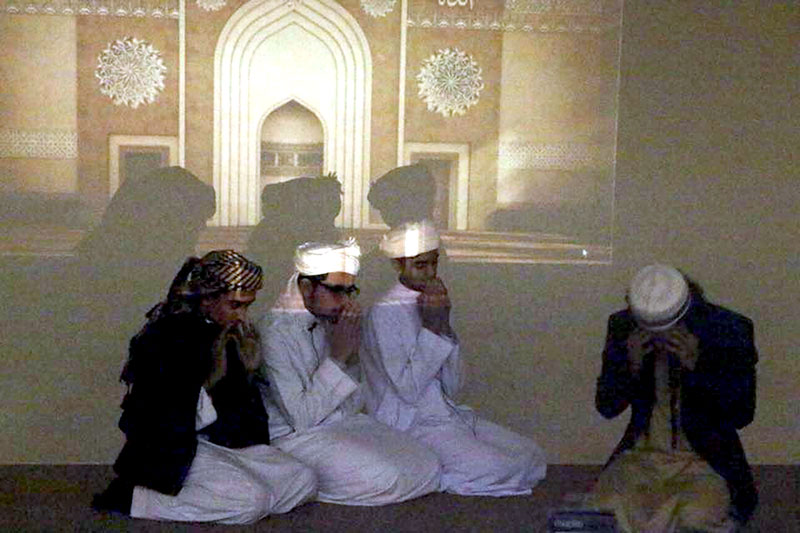 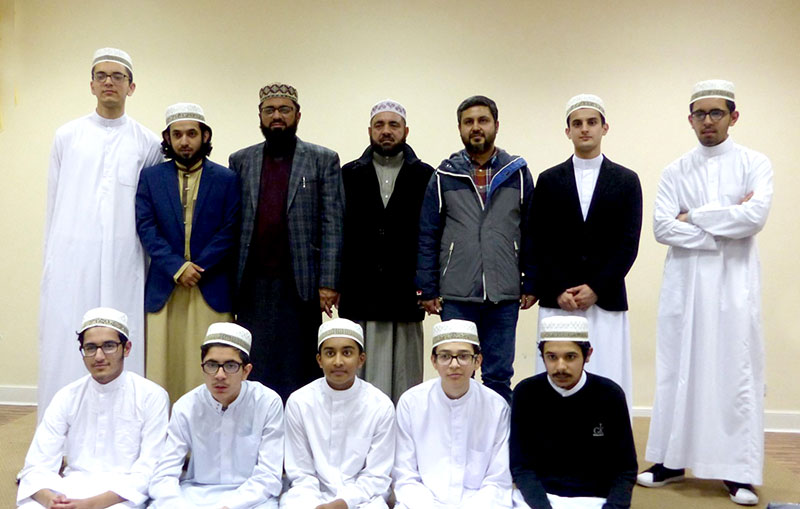 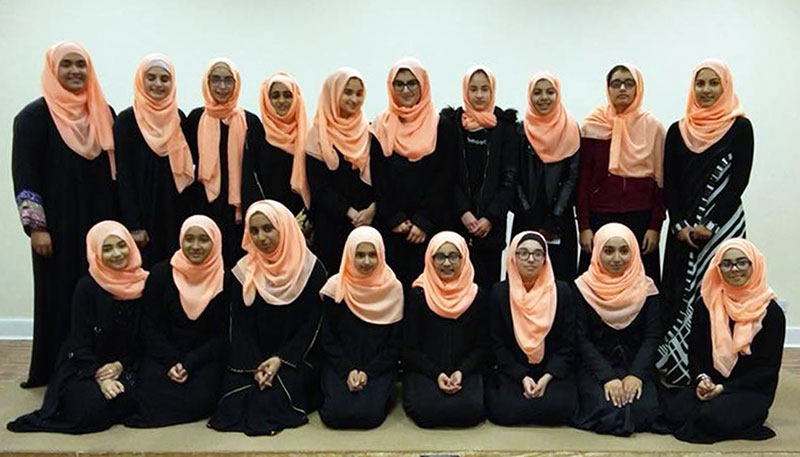