MQI (London) hosts the homeless on eve of New Year 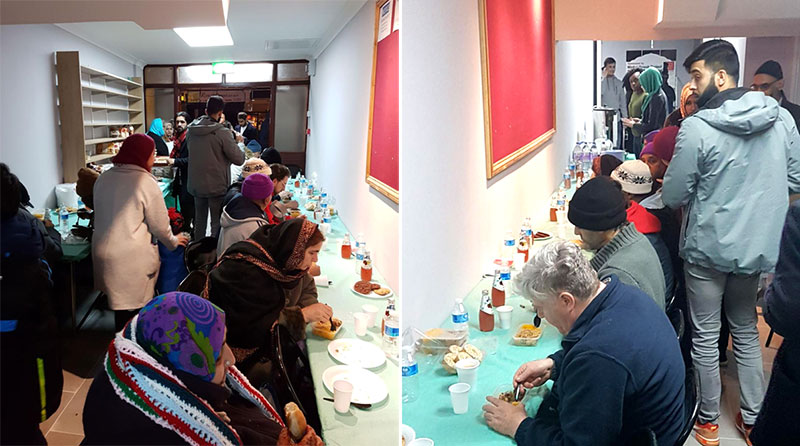 On the 31st of December 2017 Minhaj-ul-Quran London ended the year by hosting those in difficult circumstances and homeless at its centre on Romford Road Forest Gate. Over 30 volunteers from not only the mosque but from different parts of the community joined in distributing ‘pilau rice’, drinks and a whole host of food, snacks donated by the mosque, local businesses, volunteers, and well-wishers. One unknown person donated 10 crates of bottled fruit juice drink. Later in the evening volunteers went to Stratford Centre and met a number of warm hearted individuals, and organisations and together handed out boxes of food and drinks to those vulnerable on New Year’s Eve.

Shahid Mahmood, community development officer at Minhaj-ul-Quran, said the generosity of the community is breath-taking and by just showing your commitment to do something the community jumps into action. The coming together of the people caring, sharing being aware and understanding helps destroy the stereotypes that plague the homeless and disadvantaged. Defeating social issues can’t be done overnight. But every day that you do a little act of kindness for people, we’re one step closer to ending that social issue.

Shahid Mahmood said that at Minhaj-ul-Quran we know that it is our duty to help people who find themselves in a difficulty and our projects are not about handing out some food once a year. Everyone needs to come together to deal with the underlying causes of these situations and provide sustainable holistic support and answers. Everyone needs to come together as it is time for all of us to stop standing at the edge of the river assessing and analysing as to how deep it might be but instead jump in holding hands and support each other to support others.

Having spent most of his life working in the community, Shahid said that most common reasons for homelessness in Newham is lack of affordable housing, lack of living wage jobs, domestic violence, lack of affordable healthcare, unemployment and having no fixed address. Drug addiction and mental illness, although two common stereotypes, are not always the main reasons.

Daniel who is currently living rough on the streets in Forest Gate with over 10 year experience as a construction worker who just needs a chance to pick up his life if he gets a CSCS card, said that homeless people are dehumanised. When you sit on the side of the street, even if you’re not asking for money, people will make a concerted effort to ignore you. It’s like everyone signed a contract agreeing to pretend that you don’t even exist. It’s completely dehumanising to pretend that another human being doesn’t exist, and just validating a homeless person’s existence can be enough. Not everyone is going to have time to sit down and have an hour long conversation, but it’s enough just to look at them and say a word or two. Say “Hey, how are you?” or “Good morning”. Any acknowledgment is enough, really, he said.

Steve, who has been on the street for over three years after losing his job and worked in the financial marketing sector, said that we needed to stop the stereotypes surrounding homelessness. A homeless person isn’t always a middle-aged to older man who’s addicted to drugs and too lazy to get a job but people who just like everyone else have a multitude of things that happen in life.

He appreciated the efforts of the Mosque. Minhaj-ul-Quran International will be launching a number of initiatives to bring people together early in the New Year and call for your support and help. You may contact Shahid Mahmood on 07786478961 or email him on s.mahmood@rocketmail.com. 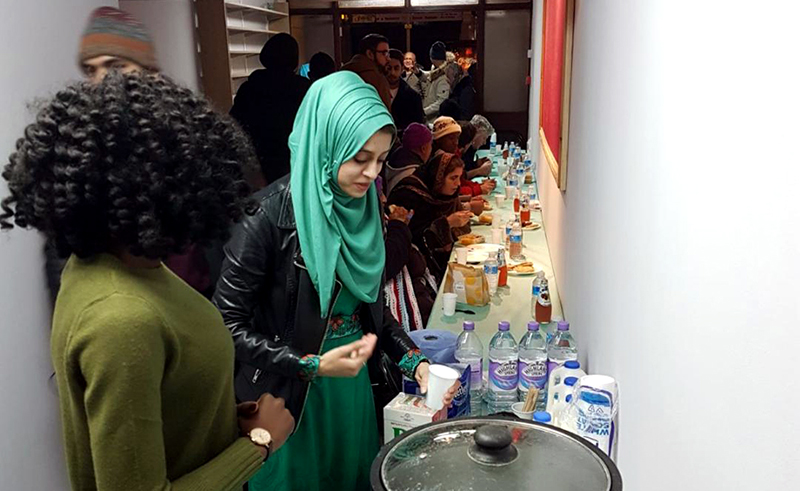 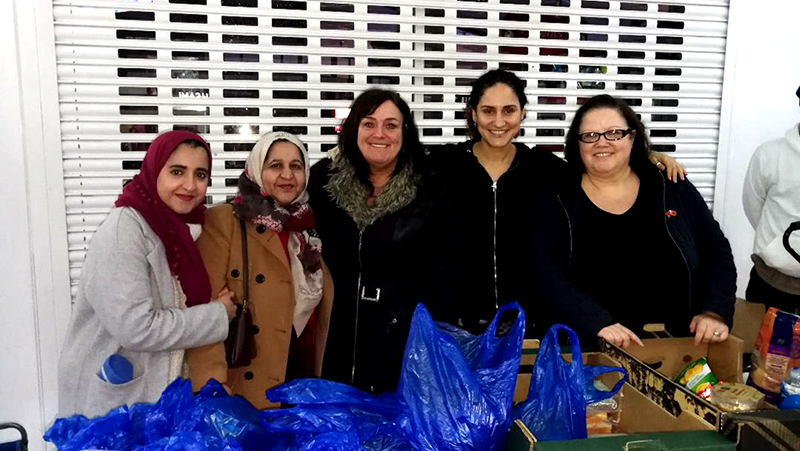 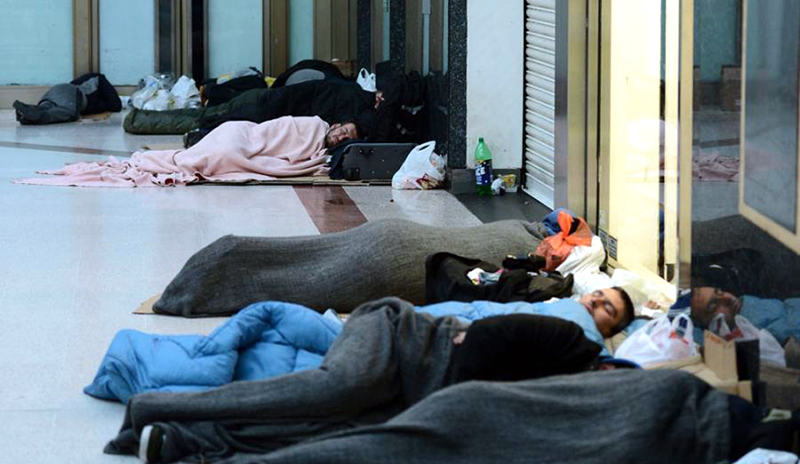