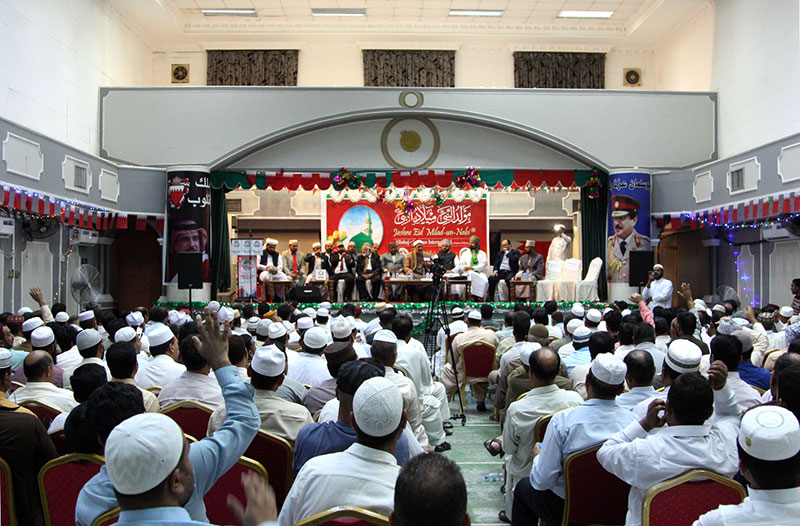 The glorious conference was presided by the chief guest Allama Muhammad Sadiq Qureshi Al Azhari, the global Ambassador of MQI. Prominent social, religious & business community members and representatives of civil society were the guests of honor on the occasion. The event was attended by a large number of Pakistani, Indian, Bangladeshi and Bahraini citizens with families.

Muhammed Ashraf Bhinder (Ameer MQI Bahrain) and Abdul Rahim Chishti (President MQI Bahrain) addressed the audience and highlighted the role of MQI Bahrain in spreading message of global peace and harmony. They invited public to be part of this noble cause through membership of MQI and expressed note of thanks to Nazim MQI, Mr. Dildar Hussain Qadri, Mr. Ghulam Hussain, Mr. Abid Hussain and all members of NEC for making arrangements of the glorious ceremony.

Chief Guest, Allama Sadiq Qureshi delivered the keynote speech to the audience. He explained the need and necessity of celebration of Milad-un-Nabi in the light of Quranic verses and Hadith. He further emphasized spreading Islam’s international peace message and highlighted efforts of MQI and Shaykh-ul-Islam Dr. Muhammad Tahir-ul-Qadri in promoting the message of love and peace. The speech was listened to by the audience with overwhelming spiritual feelings, emotions and the love of the Holy Prophet ﷺ

MQI Bahrain arranged various stalls at the venue comprising books and CDs of Shaykh-ul-Islam Dr. Muhammad Tahir-ul-Qadri. A large number of people bought books and CDs from these stalls.

The Milad program ended with Salat-o-Salam by Mr. Sajjad Hassan and Dua by Allama Sadiq Qureshi sahib followed by the Milad feast. 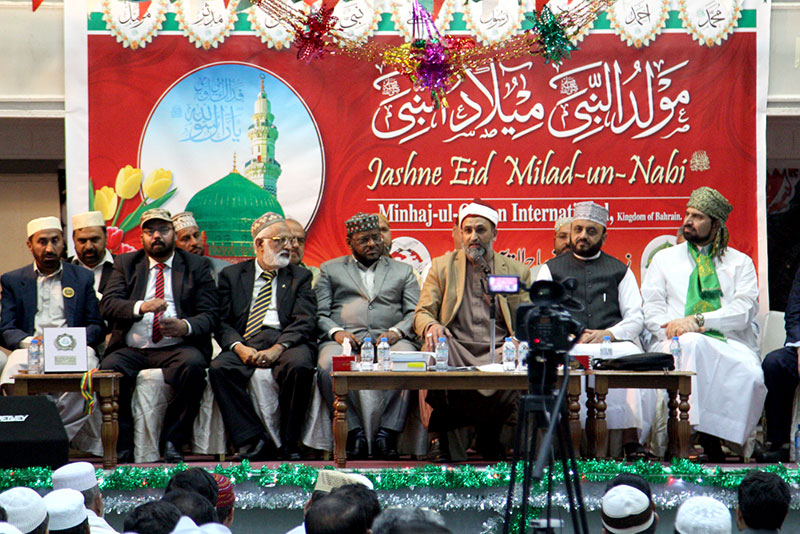 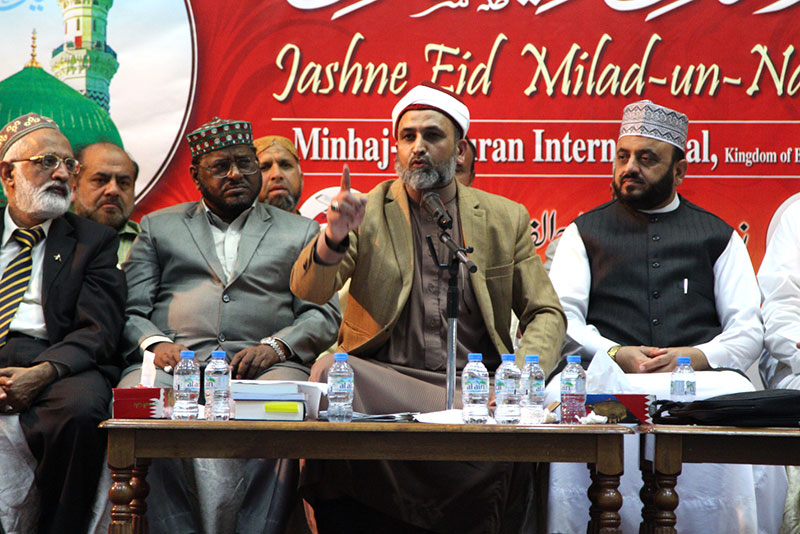 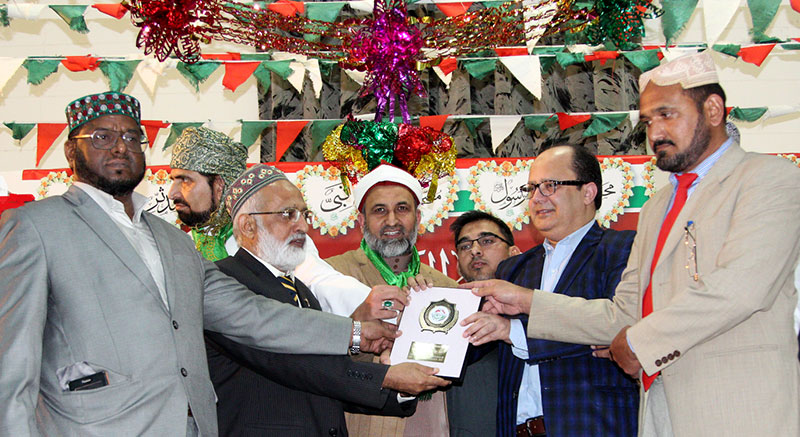 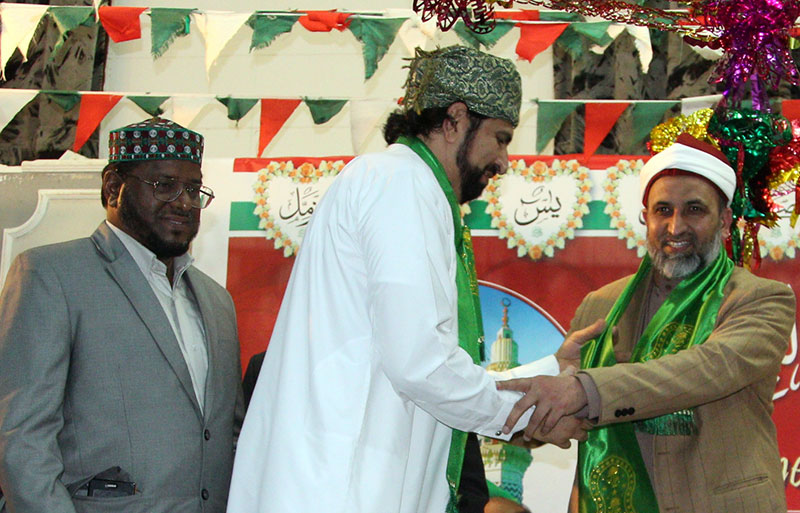