Minhaj-ul-Quran Australia (New South Wales) organized a grand Quaid Day program in Sydney Australia on 20th February 2021 to celebrate the 70th birthday of the founder of Minhaj-ul-Quran International, Shaykh-ul-Islam Dr. Muhammad Tahir-ul-Qadri. The program was organized at the Auburn Centre for Community’s main hall and was attended by dozens of people who came from various parts of Sydney to show their love and affection with their beloved Quaid. 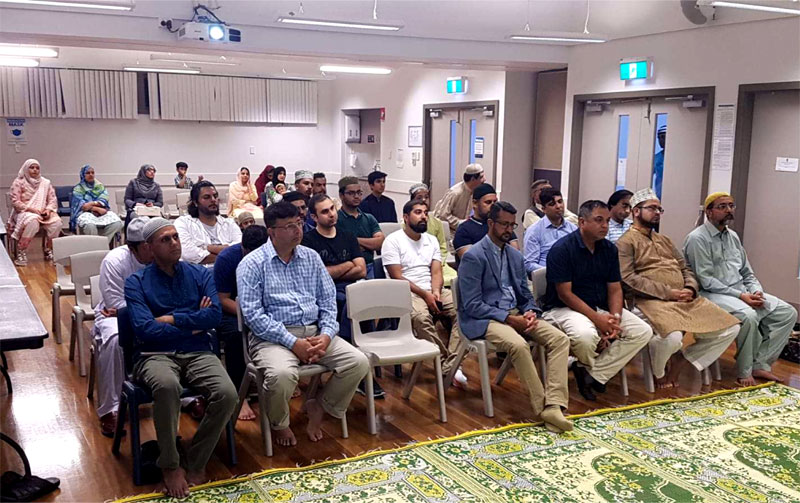 The ceremony started with the recitation from Holy Quran by Mr. Touseef Ahmed Khawaja (Secretary Memberships), who recited Surah ad-Duha and also presented its translation both in Urdu and English from Irfan-ul-Quran (Glorious Quran), which is the translation done by Shaykh-ul-Islam. After the recitation from Holy Quran, several Naats were presented for the Holy Prophet (s.a.w.) by Mr. Zaheer Alvi and Mr. Sabir Baloch (SVPs of MQI NSW), Dr. Muhammad Asif Khawaja (Secretary General), and Mr. Mousa Abdul Aziz, who is an emerging Naat Khawan of Sydney. 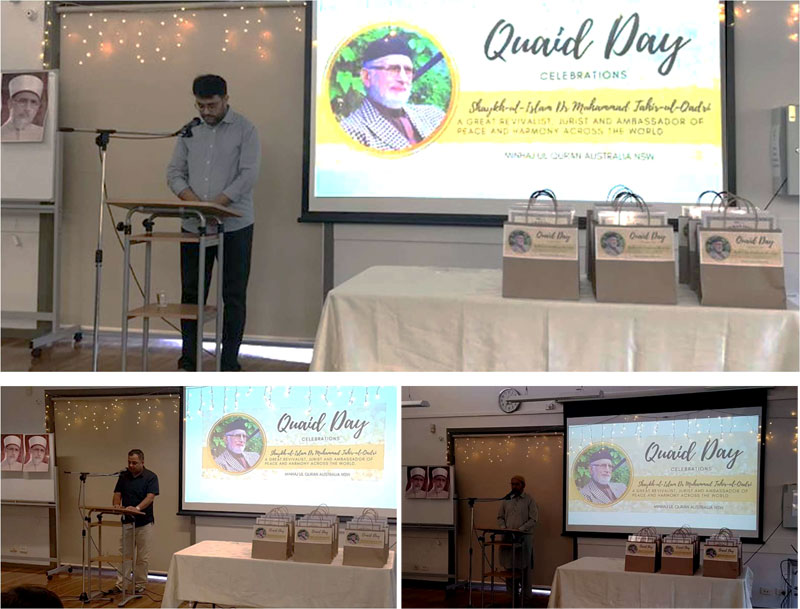 On this auspicious occasion of Quaid Day, two children delivered their speeches on the topic of “Our Quaid Shaykh-ul-Islam”. Hammaad Ahmad Khawaja, aged 12, delivered a speech on the early life of Shaykh-ul-Islam and the hard work and sacrifices made by him during that time. Muhammad Afeef Khan, aged 13, delivered a speech on the social and religious services of Shaykh-ul-Islam. The audience was very engaged and showed great interest in the kids’ speeches. Both the children were presented with appreciation certificates for their great efforts in preparing and presenting the speeches. 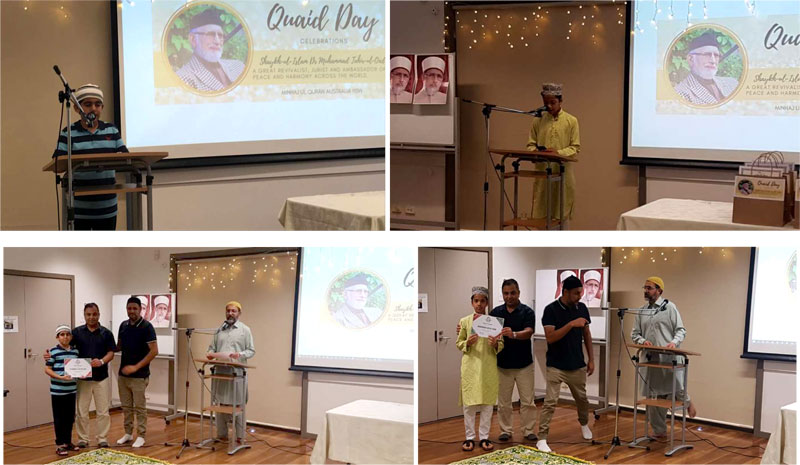 The program was attended by several senior members as well as some new members of Minhaj-ul-Quran International. During the program, some members of MQI were requested to express their observations and experiences with Shaykh-ul-Islam among his company. Mr. Ruhel Dalvi (Senior Vice President, Minhaj-ul-Quran Asia Pacific Council), Mr. Mohammad Arshad Akram Khan (Secretary Dawat MQI NSW), Syed Kazim Hussain Gilani (Deputy Secretary General, MQI NSW), and Mr. Ghazanfar Ali (a new life member of MQI) were amongst the speakers.

They talked about their love and affection for Shaykh-ul-Islam and shared their interesting personal experiences and observations they had with Shaykh-ul-Islam. 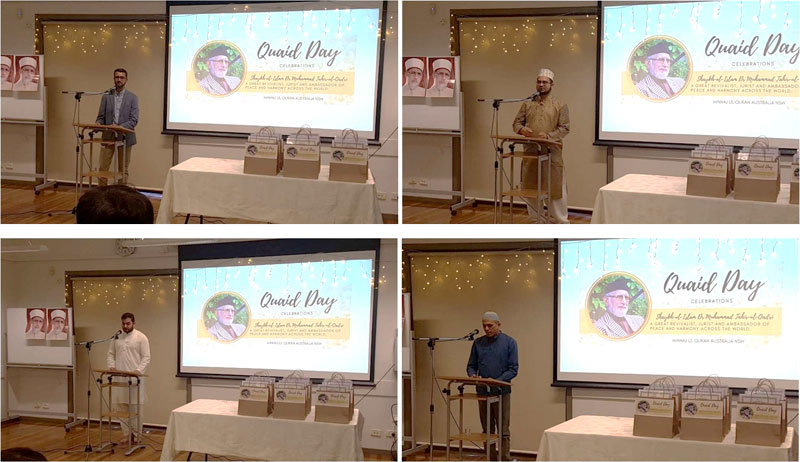 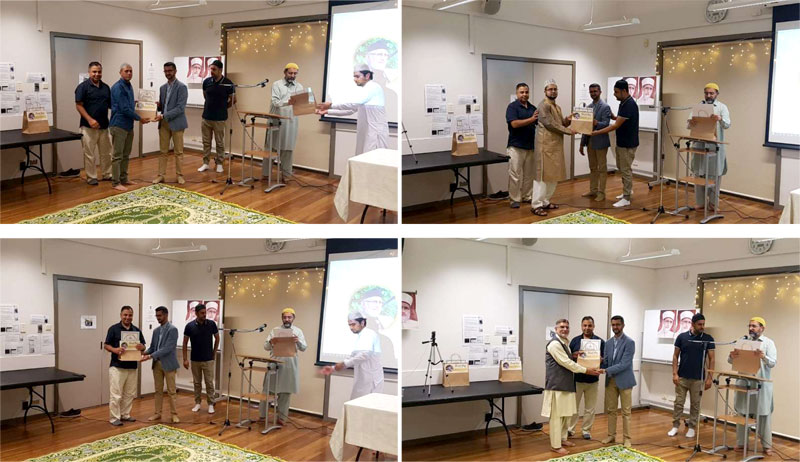 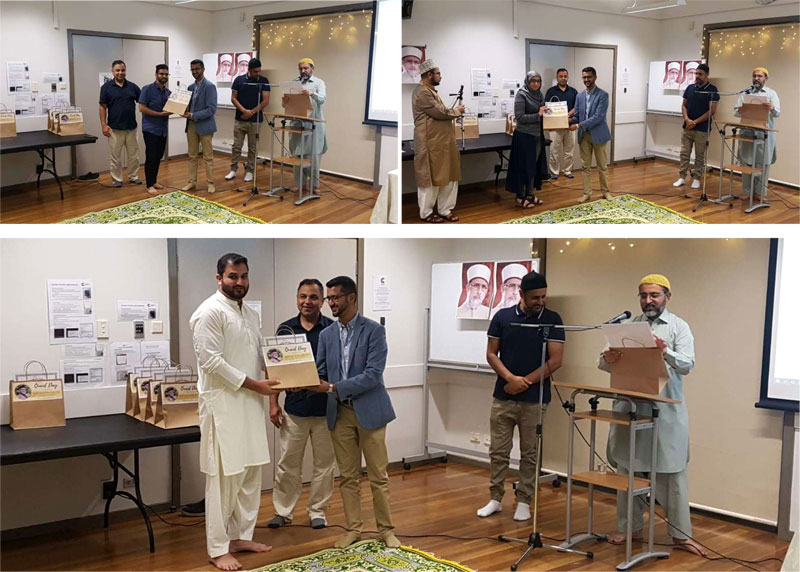 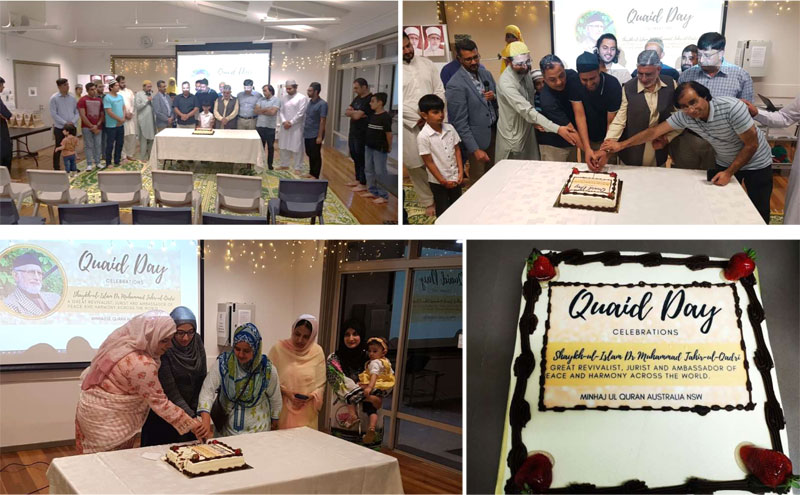