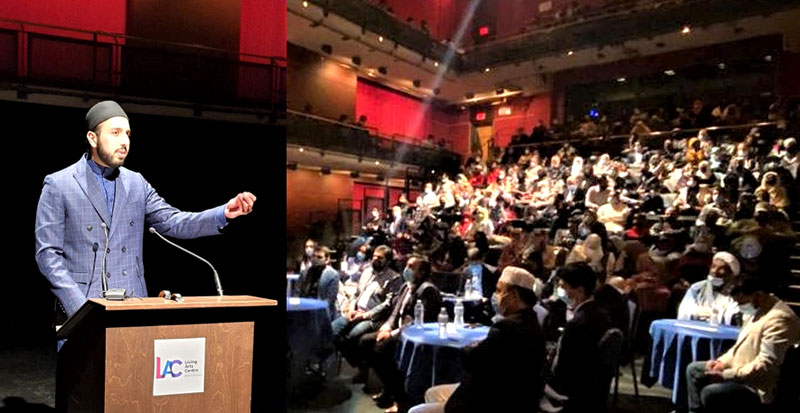 Mercy to Humanity: Muhammad (PBUH) Conference was held in RBC Theatre in Living Arts Center in Mississauga, Ontario, Canada under the banner of Muslim Youth League of Canada on November 6, 2021. The event brought youth from across the Greater Toronto Area together to celebrate the love the Canadian youth have for Prophet Muhammad (PBUH).

The keynote address was delivered by Shaykh Hammad Mustafa Al-Madani Al-Qadri who spoke about the merciful and tolerant character of our beloved Prophet (PBUH). By addressing a plethora of youth participants, he instilled within them the importance of having Prophet Muhammad (PBUH) as a fundamental role model. 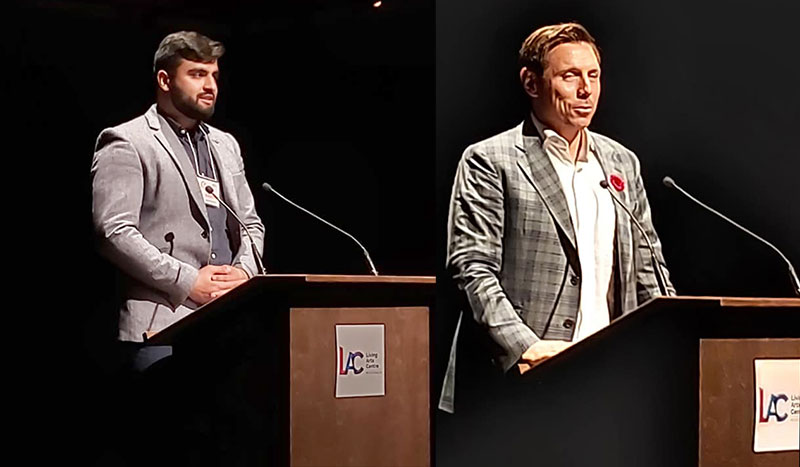 Many congratulations are due to Shaykh Abdullah Raja Al-Qadri and the entire Muslim Youth League Canada Team for organizing this spiritually uplifting event.

Muslim Youth League of Canada has taken taken upon itself the responsibility to hold such amzing events in larger and greater venues with even more participants annually, for many years to come! 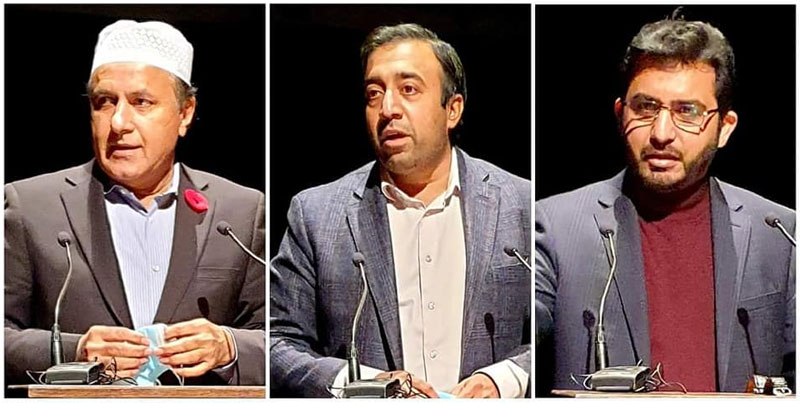 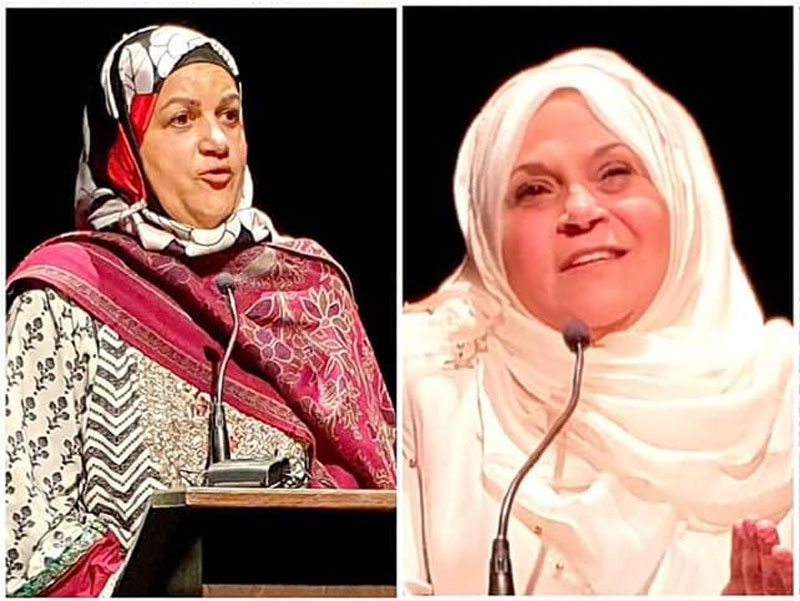 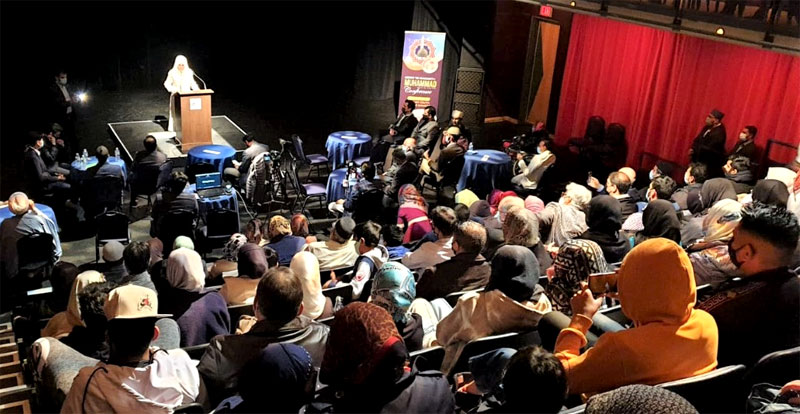 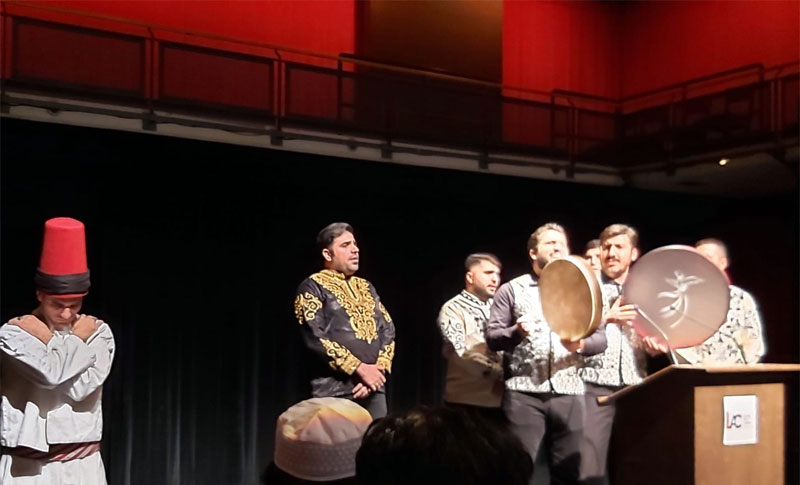 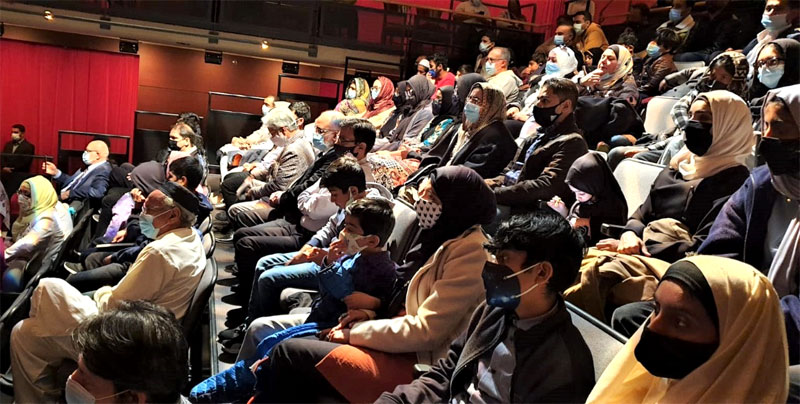 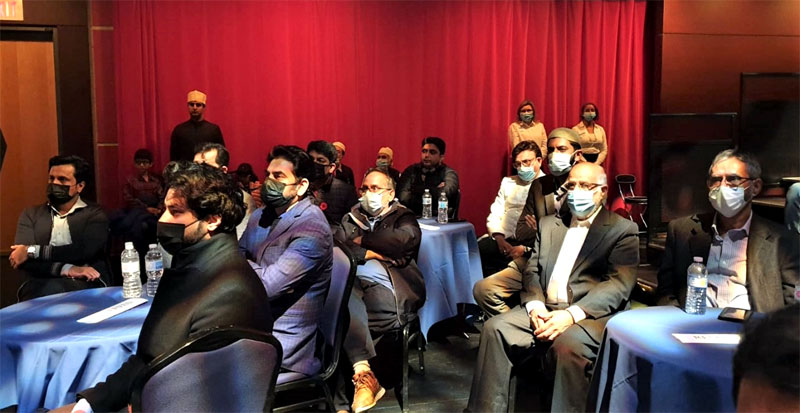