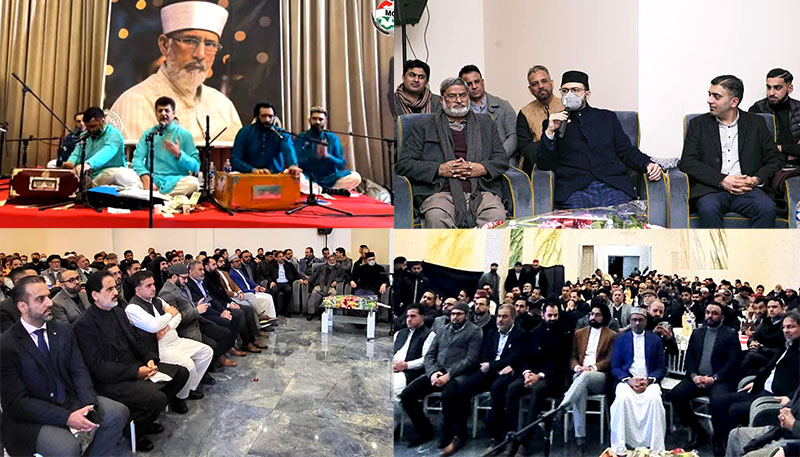 Dr Hassan Mohi-ud-Din Qadri, Chairman Supreme Council, MQI, presided over the mahfil-e-Sama' organized by MQI France to celebrate the birthday of Shaykh-ul-Islam Dr Muhammad Tahir-ul-Qadri. During the event, Dr Hassan narrated the accounts from the eventful life of Shaykh-ul-Islam. He also threw light on his stature in the eyes of other prominent Shayukh and Awliya Allah.

Dr Hassan Mohi-ud-Din Qadri said that at a time when some people in the West lumped Islam with terrorism in the wake of 9/11 and Muslim community faced an identity crisis, it was Shaykh-ul-Islam who came forward and addressed the Western concerns. He launched a sustained dialogue among faiths to bring them together. His religious edict against terrorism clarified many misconceptions and empowered Muslims to take pride in the peaceful teachings of their great faith.

The Qawali group from the UK performed splendidly and everyone thoroughly enjoyed the evening. Appreciation awards were given to those who took a recent course arranged by MQI France. The event was concluded by the cake cutting and dua for good health and long life of Shaykh-ul-Islam.