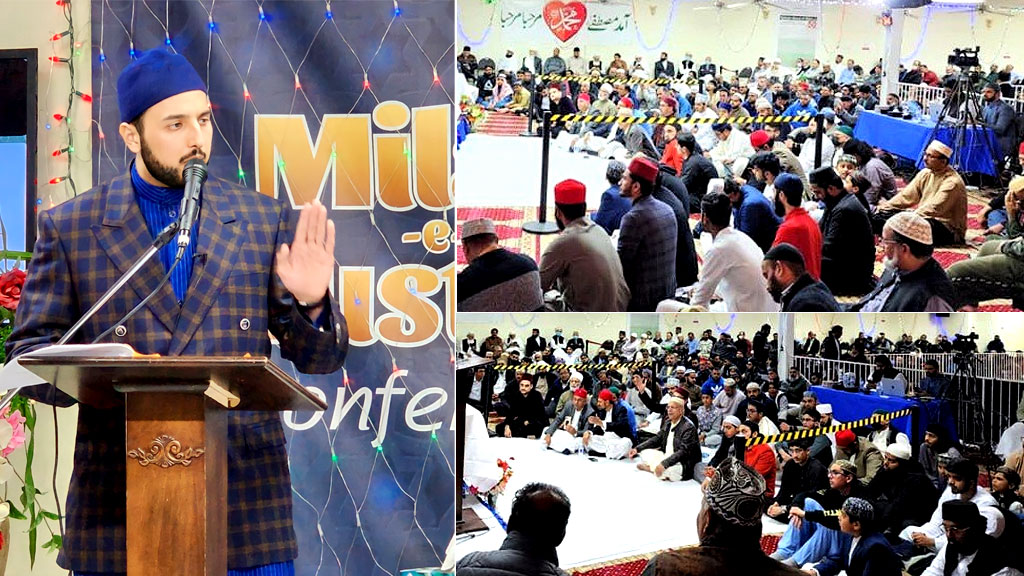 Addressing a Mawlid-un-Nabi (pbuh) Conference held under the banner of Minhaj-ul-Quran International (MQI) Canada, Shaykh Hammad Mustafa al-Madani al-Qadri, the grandson of Shaykh-ul-Islam Dr Muhammad Tahir-ul-Qadri, said that the marvel of Nabuwwat for the Holy Prophet (pbuh) has long pre-existed before his blessed glad tidings. Just as every Messenger and Prophet is endowed with their own miracles and signs, the Prophet Muhammad’s (pbuh) unique miracles took place from inception of his blessed light and throughout that light’s passing in a lineage.

Shaykh Hammad stated that on the glad tidings of Rasulullah (pbuh), the world was engulfed in a holy light that covered from east to west and dawned an era of guidance. Just as the stars are a symbol of guidance, it was on that blessed night that those stars gathered around Rasulullah (pbuh) and shined away the darkness which consisted of misguidance, negligence and ignorance.

It is with the definition of the beautiful characteristics and long-existent miracles of Rasulullah (pbuh) that Shaykh Hammad asked the audience to learn from the Prophet’s (pbuh) beauty and dedicate ourselves to the Deen; stand with the weak, poor and needy; give a voice to those who are suppressed and victims of injustice. It is only through noble acts and separation of worldly desires that we will achieve true love of the Prophet Muhammad (pbuh).

Shaykh Ahmad Mustafa al-Arabi al-Qadri, the grandson of Shaykh-ul-Islam Dr Muhammad Tahir-ul-Qadri, presided over the conference. Hafiz Umair Waqas Minhajian conducted the proceedings of the event that began with the recitation of the Holy Quran by Qari Shafeeq Naeemi Al-Azhari. Muhammad Javed Chaudhry and Abdullah Sheikh recited Naat in the court of the Holy Prophet (pbuh). 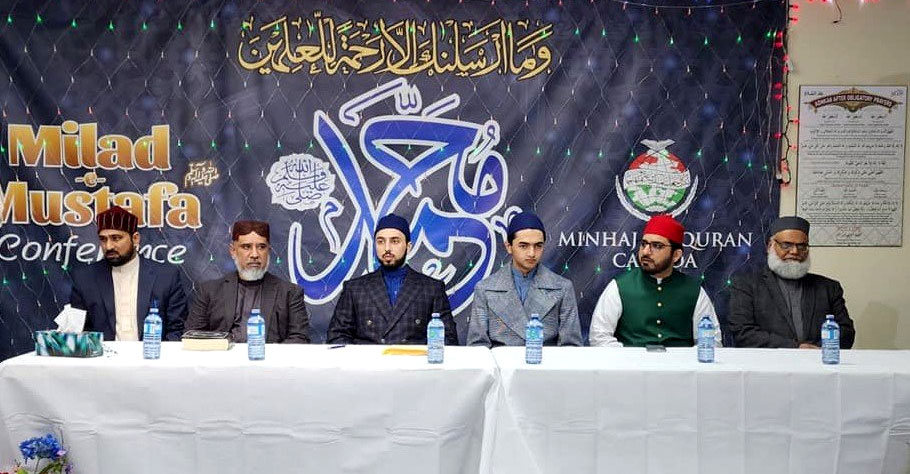 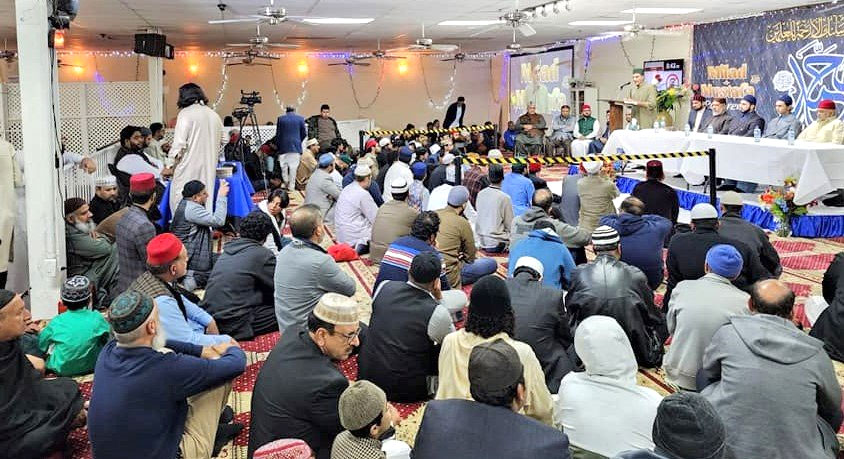 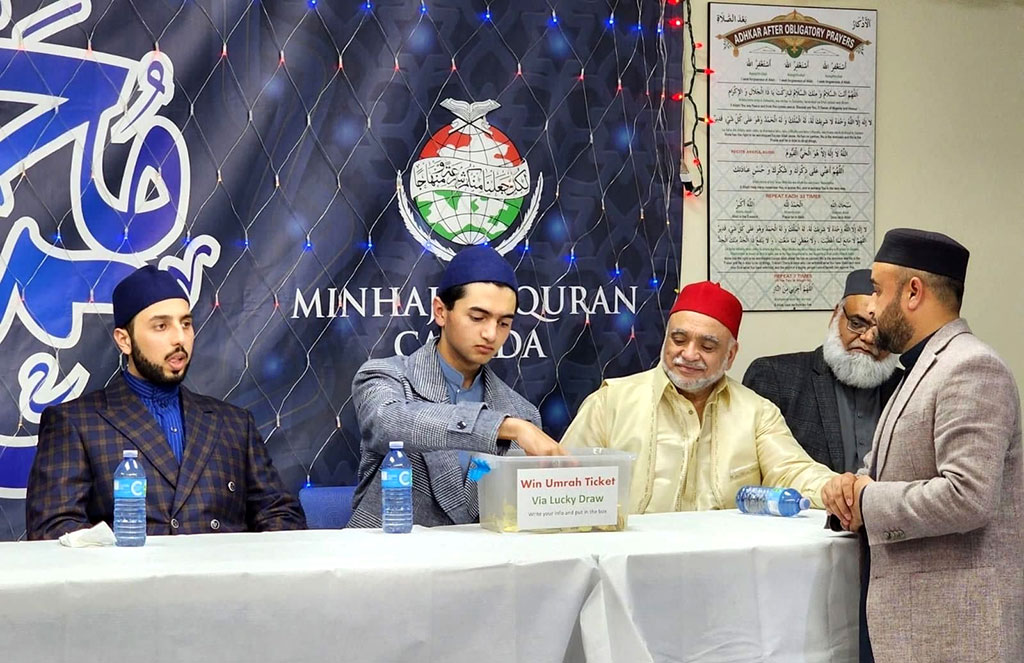 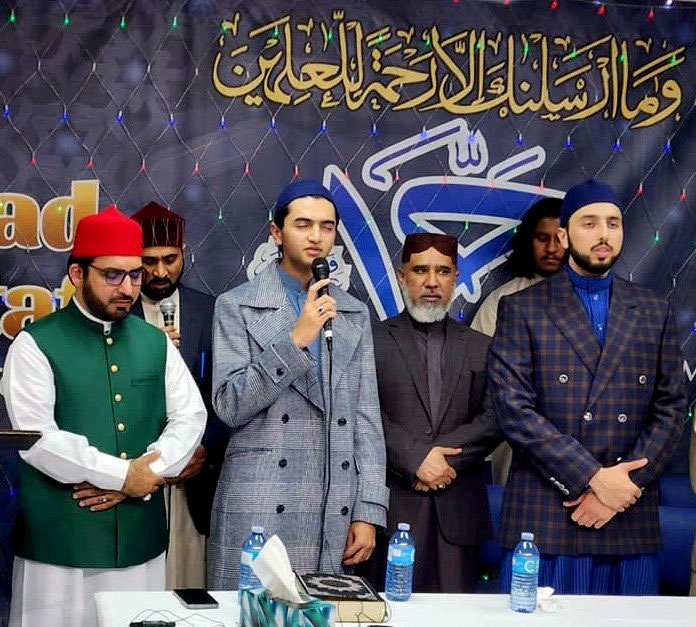 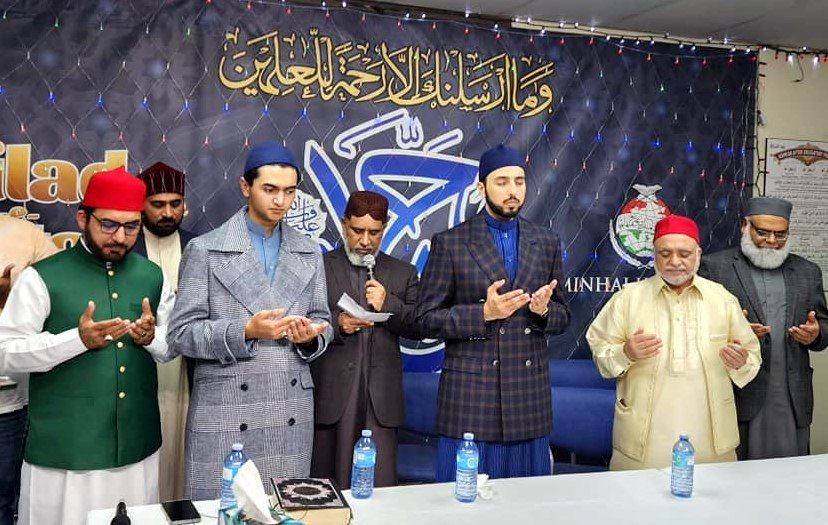