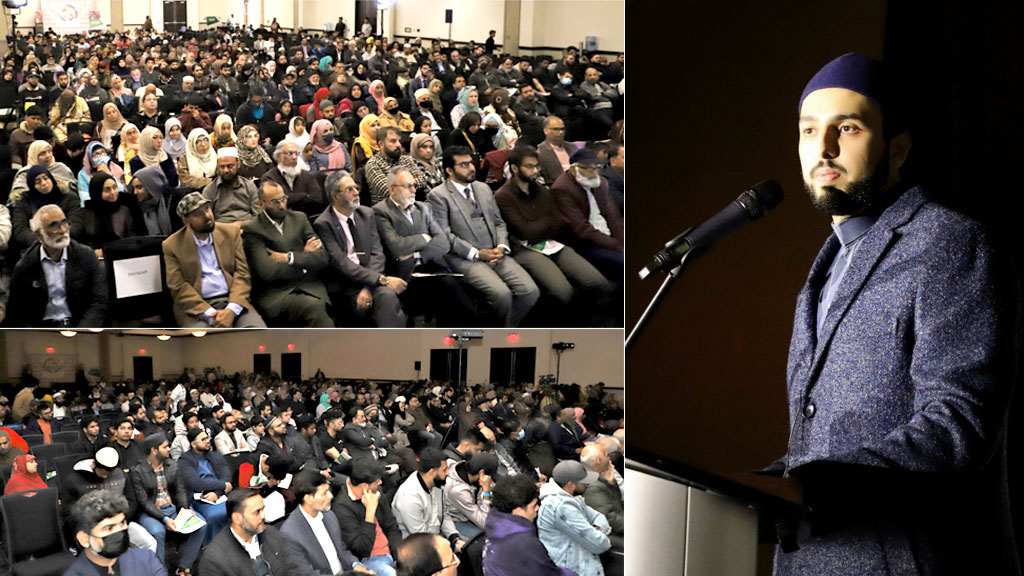 The second annual Mercy to Humanity: Muhammad (PBUH) Conference was held at the Conference Center, International Center in Mississauga, Ontario, Canada under the banner of Muslim Youth League of Canada on October 30, 2022. The event garnered international recognition with over 1000 attendees at the conference who had solely gathered to celebrate the love for Prophet Muhammad (PBUH).

The event was emceed by Shaykh Abdullah Raja al-Qadri and Syed Ammar Ashraf. Many dignitaries spoke about the accomplishments of Minhaj-ul-Quran International and Muslim Youth League of Canada and congratulated MYL-C on organizing a conference in the spirit of love, peace & tolerance.

The dignitaries present included Mayor of Brampton, the Honourable Patrick Brown, the Minister of Public & Business Service Delivery & MP Iqra Khalid. Several other influential members of the Canadian media and other dignitaries were also present. Faisal Latif, an internationally recognized nashid artist, delivered a heart-warming recitation of Surah al-Fatiha and a few verses from Surah al-Baqarah. He also recited several beautiful nashid and led the salam at the end of the event. 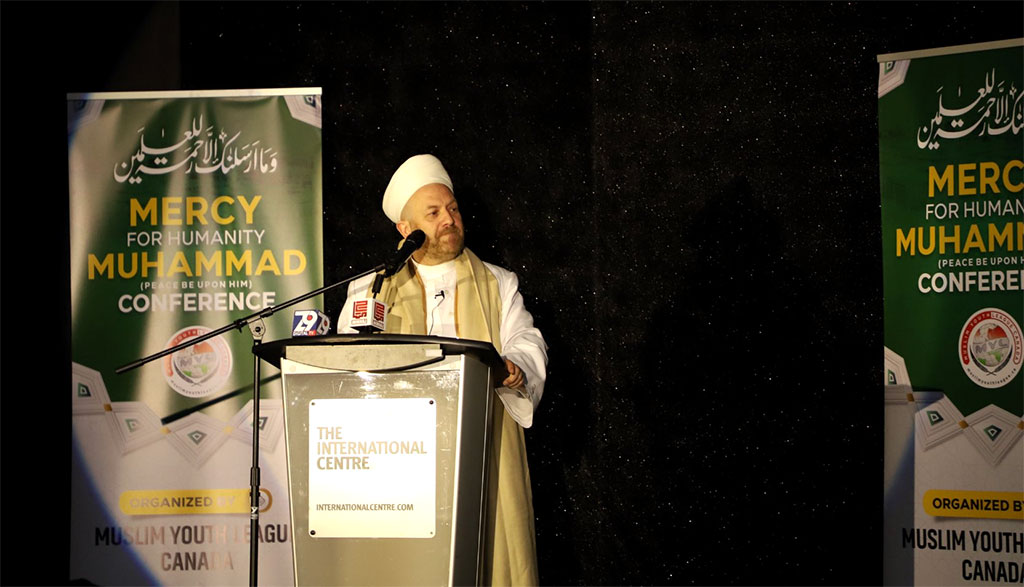 The keynote address was delivered by Shaykh Hammad Mustafa al-Madani al-Qadri, the grandson of Shaykh-ul-Islam Dr Muhammad Tahir-ul-Qadri. Shaykh Hammad spoke about the merciful nature of our beloved Prophet Muhammad (PBUH) and gave many examples of this fact including the Holy Prophet (PBUH)’s mercy during the Conquest of Mecca. 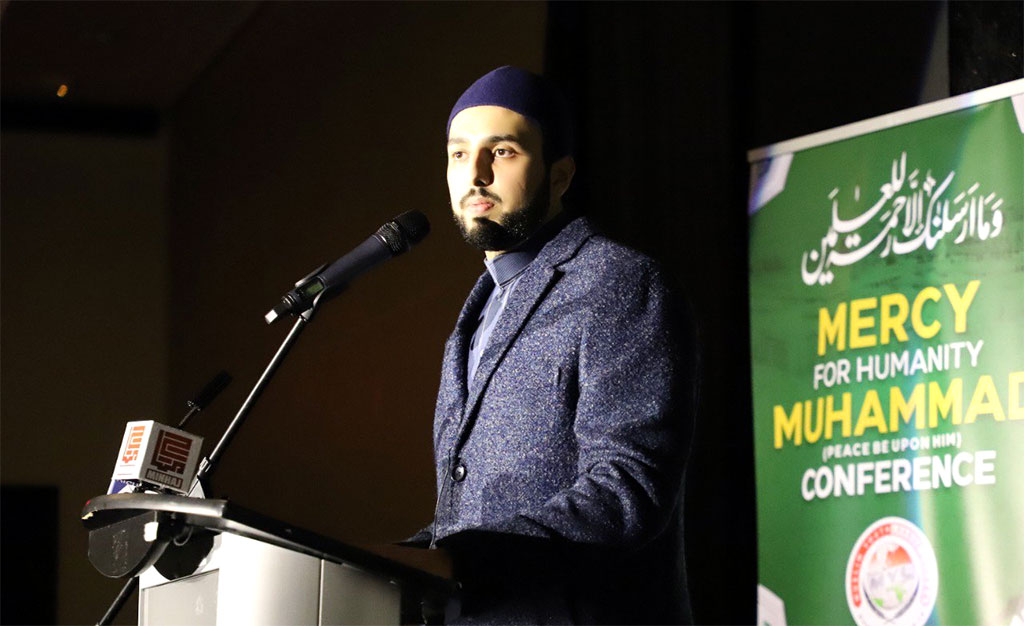 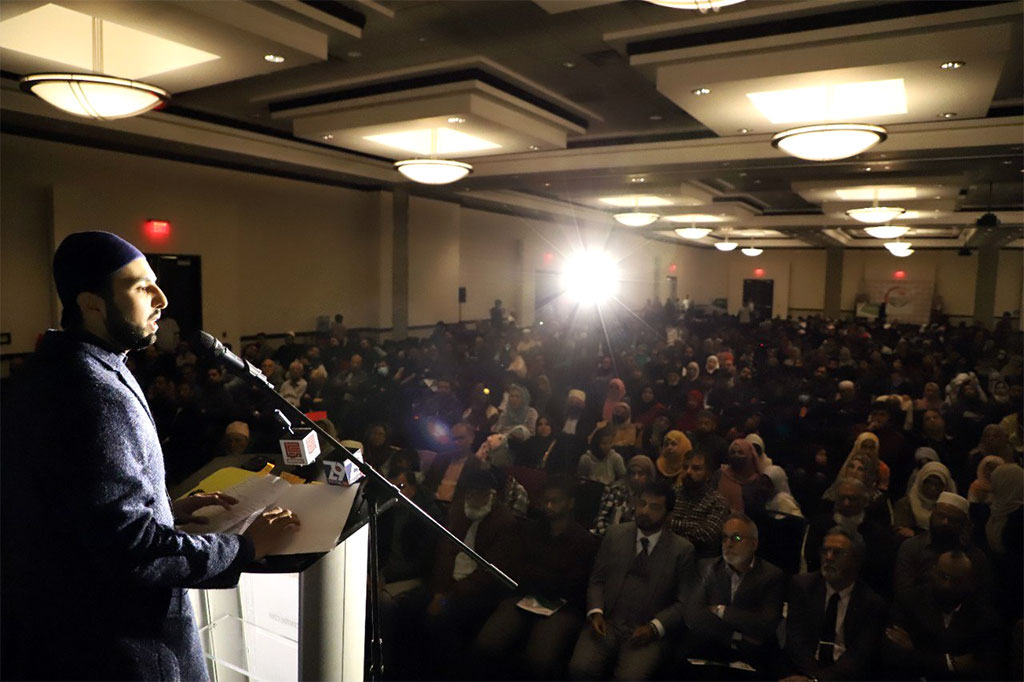 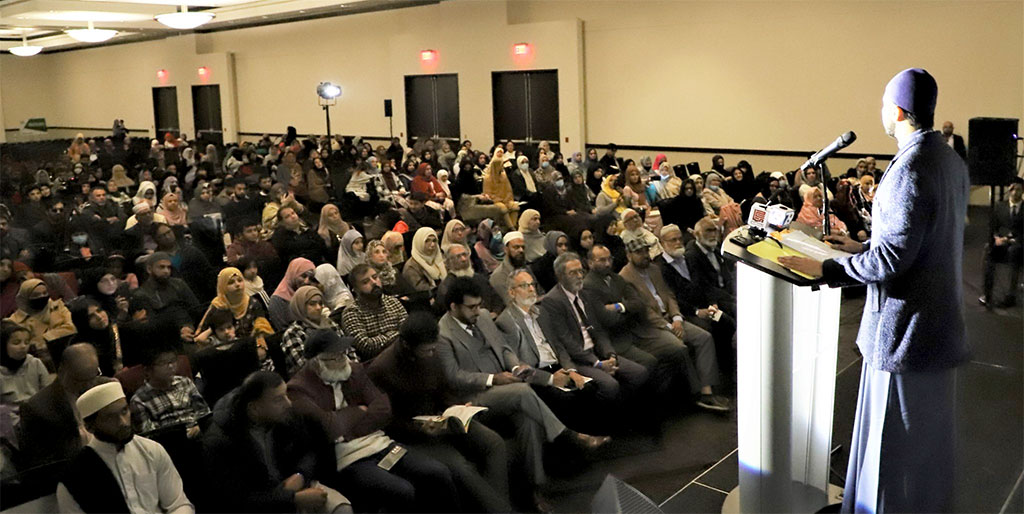 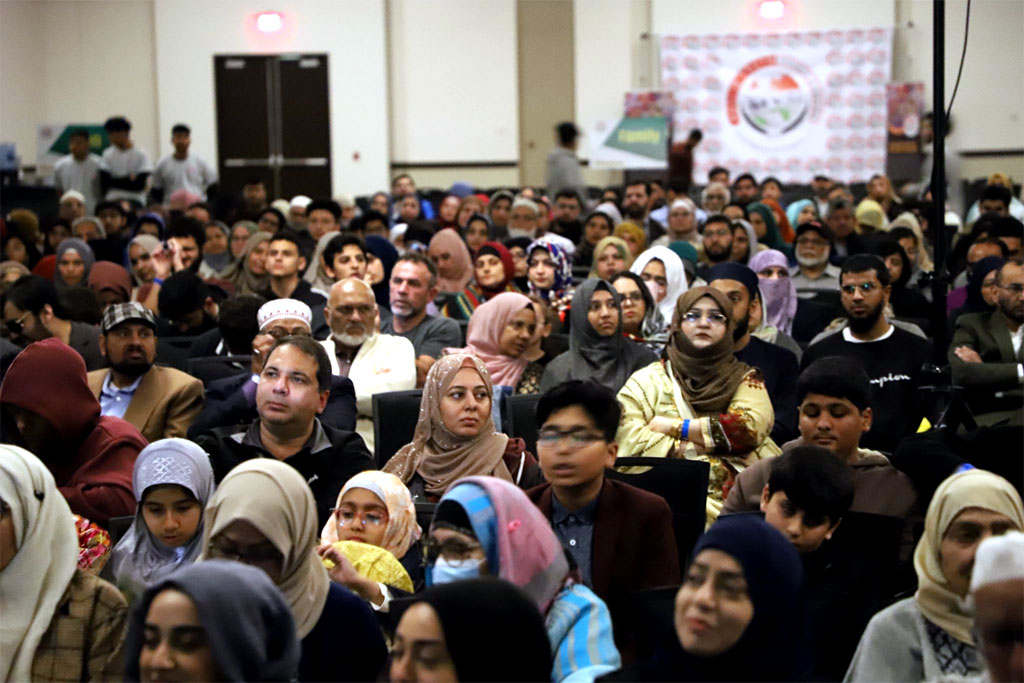 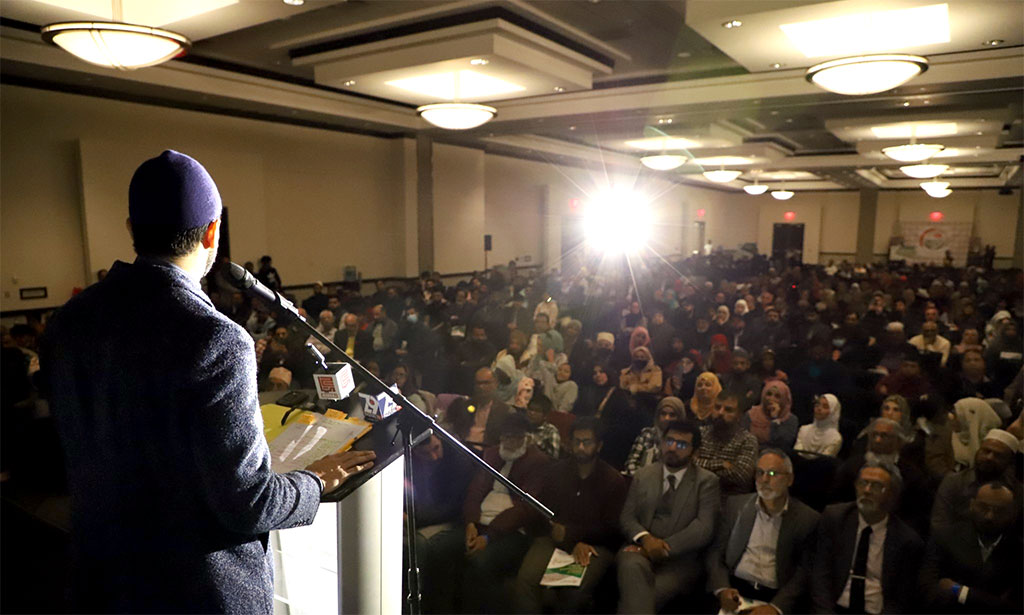 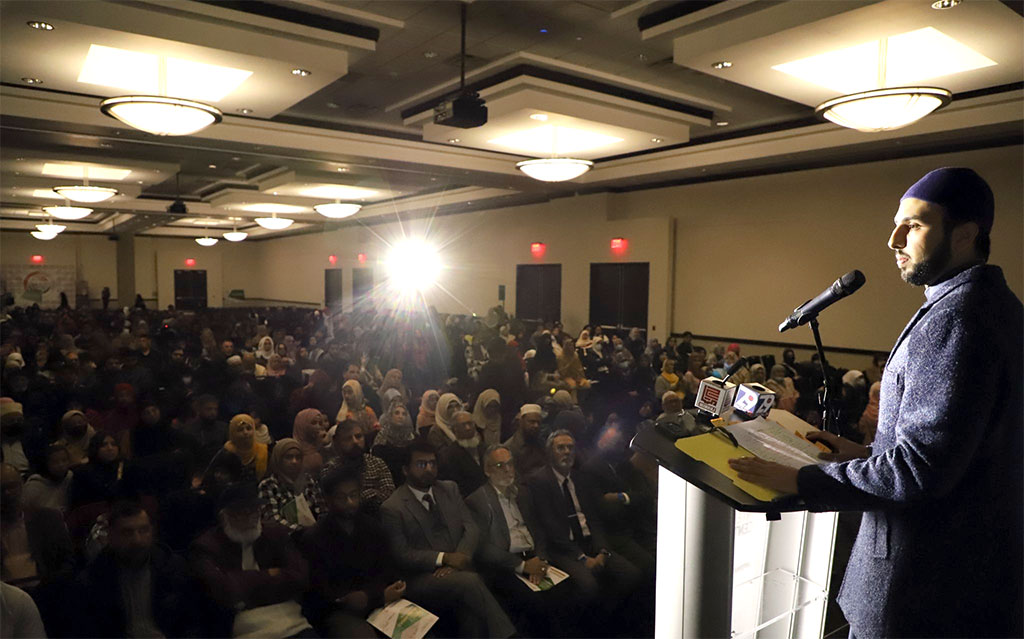 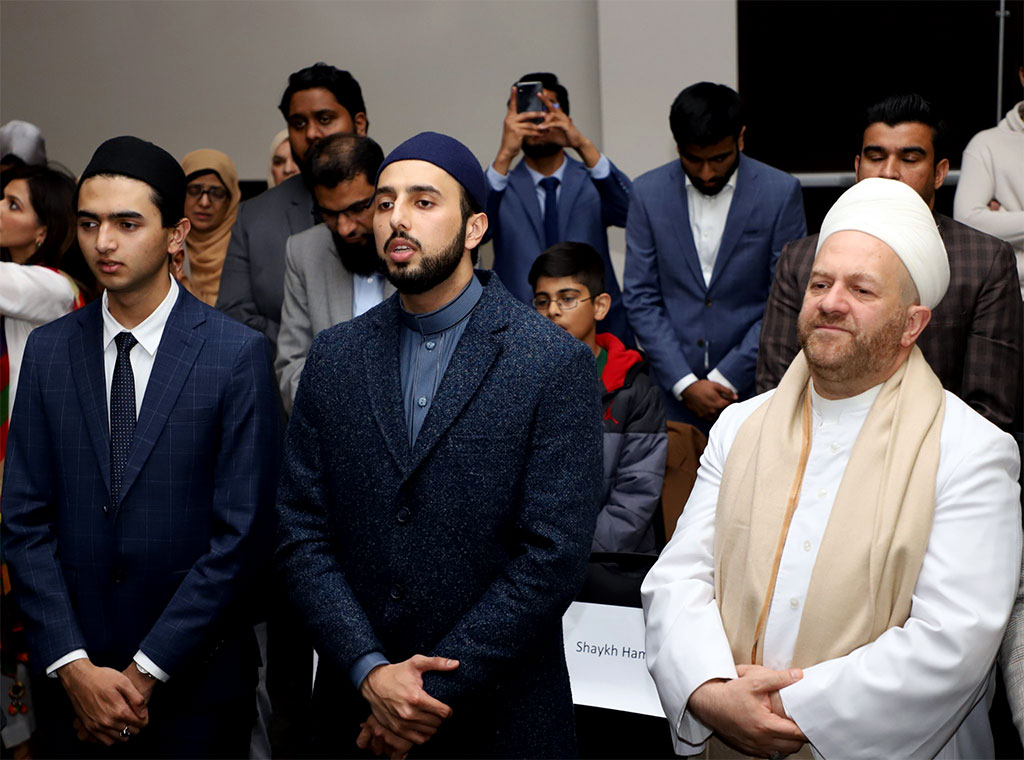 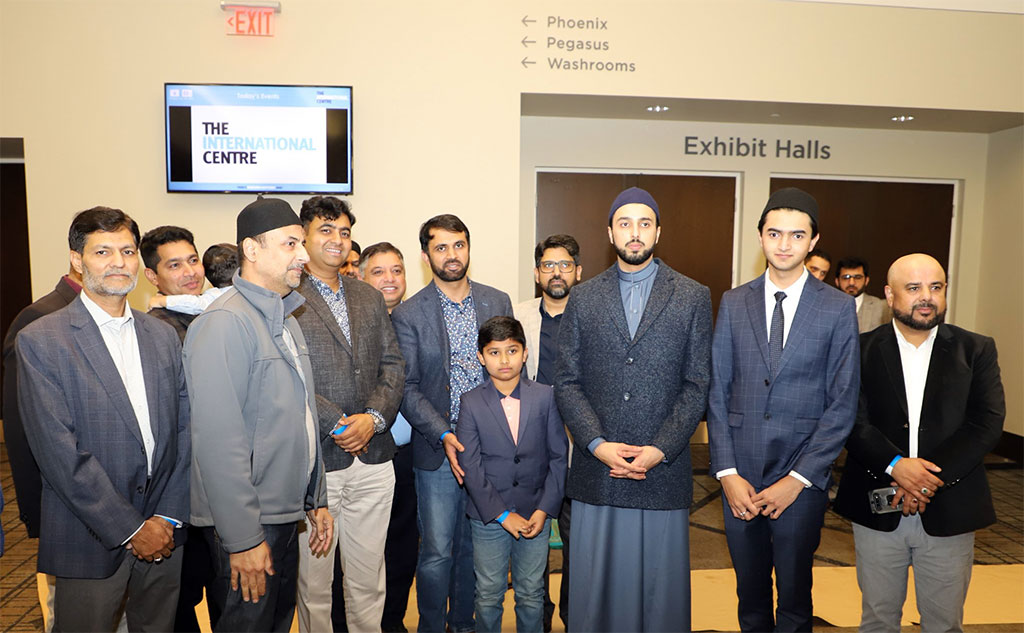