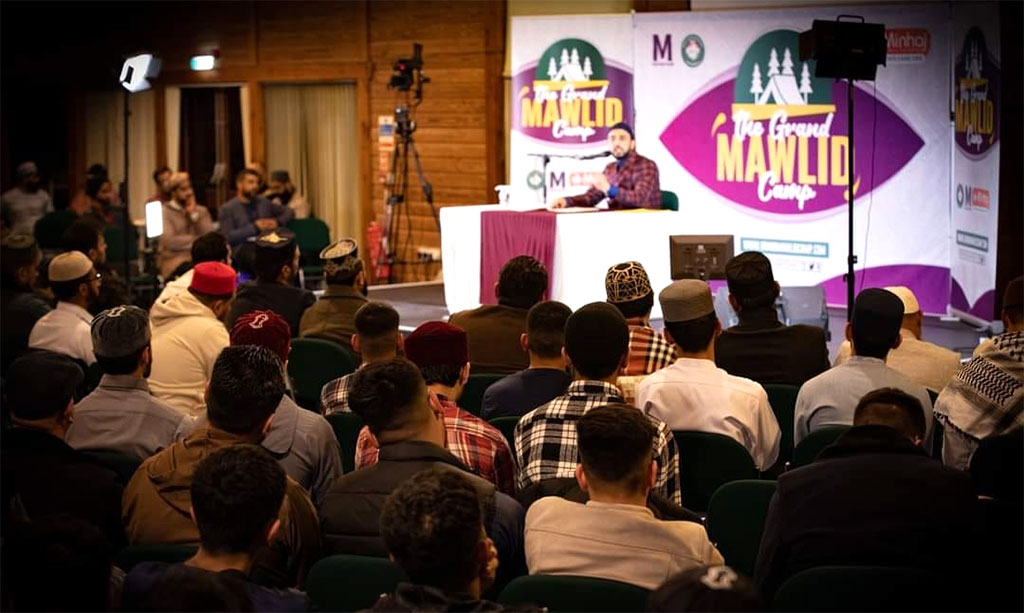 Shaykh Hammad Mustafa al-Madani al-Qadri addressed camp delegates on the first day discussing the need to reconnect with the Holy Prophet by means of loving him ﷺ. In particular, Shaykh Hammad discussed the proclamation of prophethood before humanity’s creation along with examples of exclusive miracles gifted by Almighty Allāh to His Beloved ﷺ. The unique perspective provided insight into all the prophets’ long anticipation for the advent of our Beloved’s ﷺ arrival in this world.

The session began with the recitation of the Holy Quran by Hafiz Syed Aamir Ali and was followed by an Arabic nashīd performance by Minhaj al-Munshidīn. First day of activities concluded with a campfire session in the company of Shaykh Hammad. The participants collectively partook in the remembrance of Allāh the Almighty in the form of ḥaḍra.

Day 1: Shaykh Hammad Mustafa al-Madani al-Qadri delivered his first keynote speech about the proclamation of Prophethood before the creation of mankind and the exclusive miracles gifted by Allah to His Beloved at #GrandMawlidCamp. Members of MQI UK and MMG attend the event. pic.twitter.com/yQXzBMK2RP

Shaykh Hammad Mustafa al-Madani al-Qadri highlighted the importance of having love for the Holy Prophet ﷺ with examples from the lives of the Companions of the Prophet ﷺ#grandmawlidcamp pic.twitter.com/rDQs2x1P0y

On the second day, Shaykh Hammad Mustafa al-Madani al-Qadri addressed the participants by emphasising the importance of adopting unconditional love for the Holy Prophet ﷺ. The anecdotes from the lives of the noble Companions demonstrate how their deep desire to perform the same acts as the Holy Prophet ﷺ, without a question, made them obedient to what he permitted and what he forbids. Their exemplary mode of action only proves the state of their adab, esteem and reverence towards the Messenger of Allāh.

The lecture was addressed in a morning session. It was later followed by outdoor activities. Delegates participated in high ropes, rock climbing, and outdoor challenge course activities.

After ẓuhr prayer, camp delegates competed in a tug-of-war competition in the company of Shaykh Hammad. Each team competed based on local regions, and the London senior youth team came out victorious against the Bradford/Leeds Youth team. Shaykh Hammad presented the winners with medals.

Later in the evening, more participants gathered at the camp from across the country for a spiritual seance. The session began with the recitation of the Holy Qurʾān by Qari Uways-ur-Rahman Saqib from Norway. It was consequently followed by a nashīd performance from Kafi Sultani.

Later on, Shaykh Hammad Mustafa al-Madani al-Qadri held a discourse on the topic of “love” (al-maḥabba) through the examples of the noble companions who practised true love and extreme reverence for the Holy Prophet ﷺ. They left nothing; not even their own lives in the way of defending and honouring the status of the Best of Creation ﷺ.

The lesson to be taken from them is to try and adopt the love and connection for Holy Prophet ﷺ as displayed through examples in their lives. The Holy Prophet ﷺ cried for the Umma and mentioned the Umma in front of His Companions. Shaykh Hammad reminded participants to make a sincere effort to please the Messenger of Allāh ﷺ by following in the footsteps of the ones who got lost in the magnificence and perfection, namely Muḥammad al-Muṣṭafā ﷺ.

The evening was brough to a close with a magnificent concluded with a qawwālī performance by Minhaj Naat Group from France. Shaykh Hammad Mustafa al-Madani al-Qadri made a collective prayer (duʿāʾ) at the end. Throughout this camp, delegates gathered in congregation for every prayer behind Shaykh Hammad.

Last day was commenced with a round of outdoor activities including archery, abseiling, and ziplining.

Shaykh Hammad Mustafa al-Madani al-Qadri, in the final session, gave departing advise and guidance on balancing the health of body and souls, by addressing their physical and spiritual needs. This can be achieved by becoming involved in MMG, MQI, and MWF and forming a brotherhood that will keep everyone active and healthy. He reminded the participants on the importance of spiritual health which is maintained through the remembrance of Almighty Allāh and the love of our Beloved Prophet Muhammad ﷺ.

The topic of the third keynote speech was on al-Mahabba. The noble companions were the great examples of true love and extreme reverence for the Holy Prophet ﷺ as they left nothing in the way of defending and honouring the status of the Best of Creation ﷺ.#grandmawlidcamp pic.twitter.com/gNYmJ4Nf3o

At the end of the camp, Shaykh Hammad gathered the following Minhaj Muslim Generations Core Team:

Shaykh Hammad Mustafa al-Madani al-Qadri met the organisers and volunteers of the Grand Mawlid Camp. He congratulated and spoke words of encouragement to the participants.#grandmawlidcamp pic.twitter.com/0QTf6W3TXi

He also called upon the volunteers of the Grand Mawlid Camp:

Shaykh Hammad sincerely congratulated their efforts in reviving the love for our Beloved ﷺ and left them with passionate words of encouragement as they aim to revive that deep love across the country. 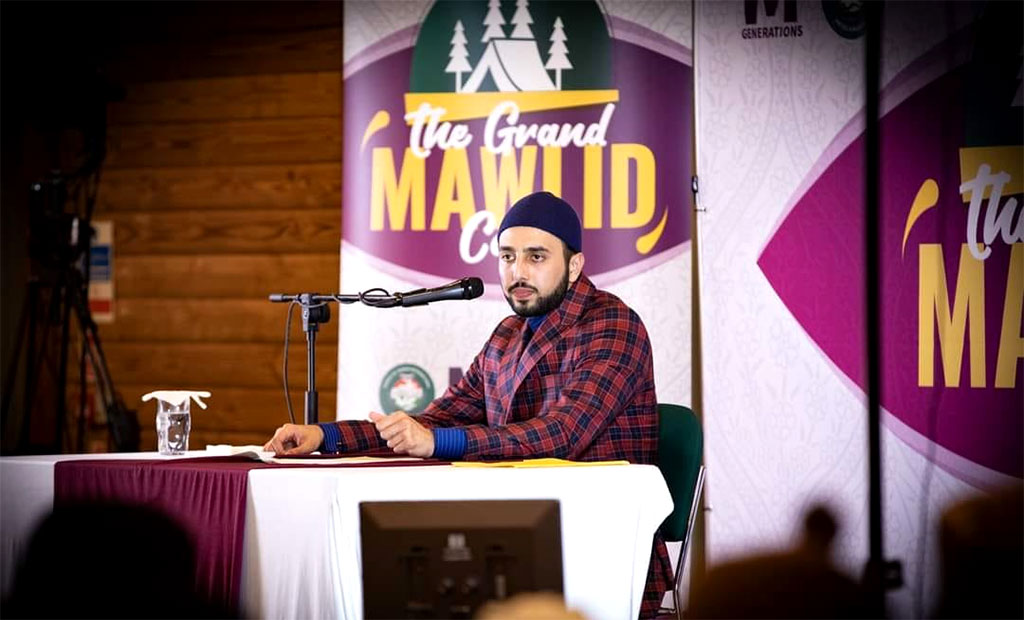 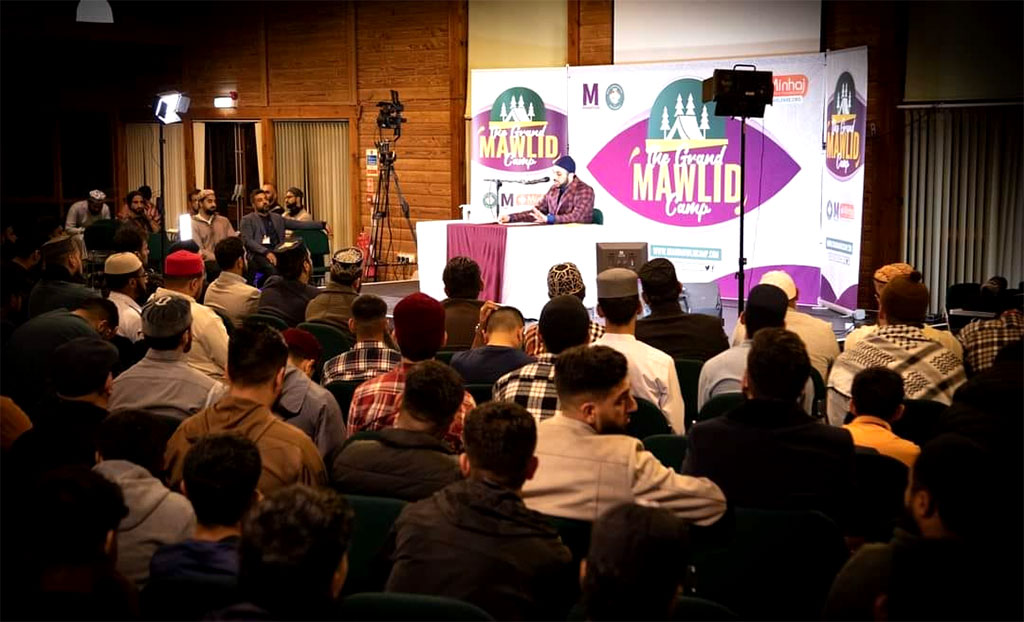 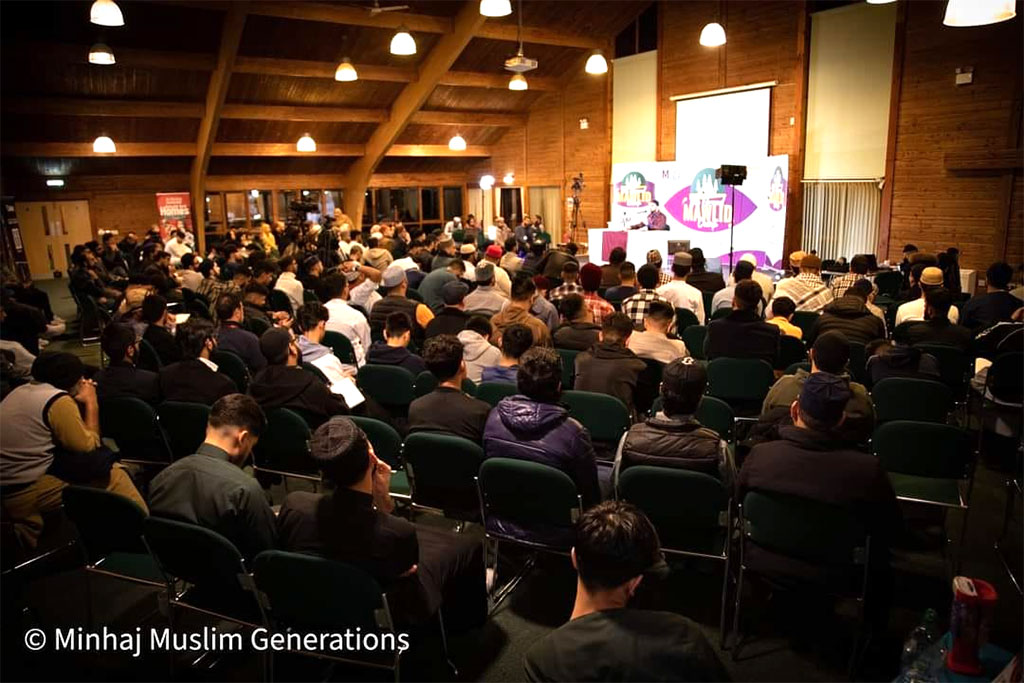 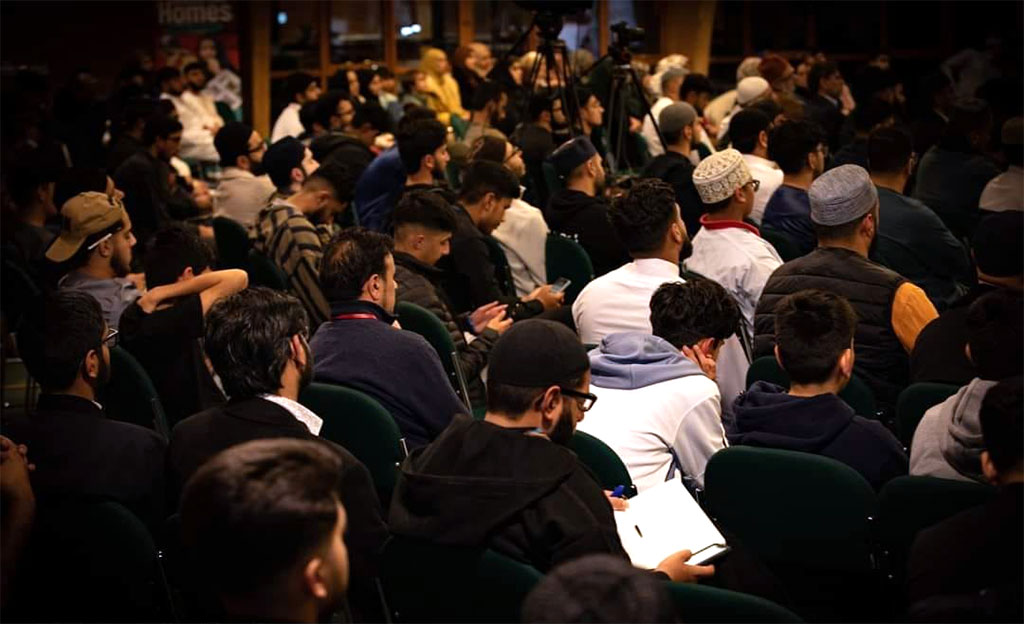 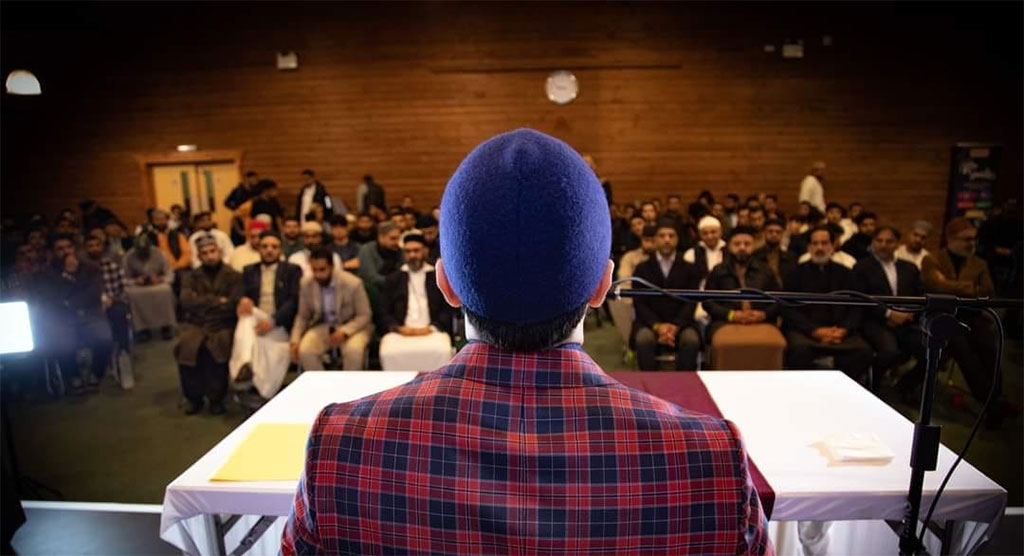