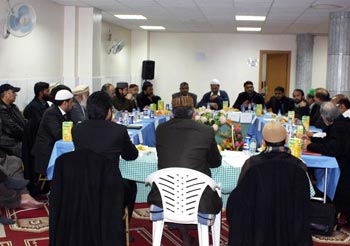 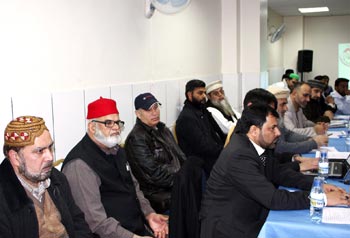 The proceedings of the program got under way with recitation from the Holy Quran by Allama Abdur Rashid Sharifi followed by recital of Naat by Haji Ijaz Ahmad. In his opening remarks, Allama Hassan Mir Qadri welcomed the guests to the meeting. He introduced the office bearers of MQI Spain and then other participants also introduced themselves. After this inaugural sitting, Allama Abdur Rashid Sharifi led collective prayer for the departed souls of the relatives of those associated with MQI and martyrs of Ghaza.

Starting the agenda of the meeting, Allama Hassan Mir Qadri gave a detailed introduction of Ijaz Ahmad Warriach, the president of Minhaj European Council. He said that appreciating the services of Ijaz Warriach, Shaykh-ul-Islam Dr Muhammad Tahir-ul-Qadri appointed him as the Nazim of Reconciliation Council of Minhaj European Council. Besides this, the Norwegian government also appreciated his services and conferred on him the peace award 2008. The head of Minhaj Reconciliation Council gave a briefing of his work and its facets with the help of multimedia. He told the meeting that he was now interested in expanding the reach of his work outside Norway. The branches of the Reconciliation Council had already begun to be established in other cities of Europe. 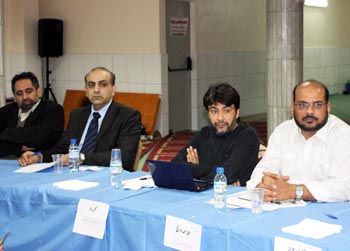 On the next point of agenda, every chapter of MQI presented its progress report. The Amir-e-Tehreek and Nazim appreciated their work. The Spain and Greece chapters were felicitated for purchasing new centres. It was also revealed at the occasion that the Central Secretariat of MQI, Pakistan, had announced Gold Medal for Greece chapter of MQI over the purchase and reconstruction of new centre. Special classes have also been initiated for the youth in France under the supervision of Hafiz Nazir Ahmad Khan. Al-Fergana Institute has been established in Denmark and translation of ‘Irfan-ul-Quran’ and ‘al-Minahj-us-Savi’ was under way in the Danish language very successfully. Collaboration with different local community organizations in Northern Italy and Spain on interfaith and intercultural matters was also in progress in addition to the successful ongoing translation of Irfan-ul-Quran in the Spanish language.

Nazim Welfare of Minhaj European Council, Dr Abid Aziz Khan, gave a detailed briefing on MQI’s orphan care home project for the orphan children under the name of ‘Aagosh’ with visual aid. He told the meeting that this five year plan had been launched whose cost would be Rs. 300 million where arrangements for complete training and upbringing of 500 children had been made. The participants held an extensive discussion on the project and approved a detailed course of action.

Speaking from Canada telephonically, Shaykh-ul-Islam Dr Muhammad Tahir-ul-Qadri felicitated the Council over the conduct of the meeting and completion of different plans. He said at the occasion that Minhaj European Council occupied central place in the administrative affairs of MQI. Naveed Ahmad Undalsi briefed the meeting about the recently launched projects of Minhaj Internet Bureau namely Minhaj News and Minhaj Forums with the help of computer and projector. The participants also offered a number of suggestions to improve the working in addition to congratulating MQI Spain and Minhaj Youth League for successfully hosting the meeting of the Council. Amir Minhaj European Council, Allama Hassan Mir Qadri, led the collective Dua for health of Shaykh-ul-Islam Dr Muhammad Tahir-ul-Qadri and success of Pakistan and the Islamic world. 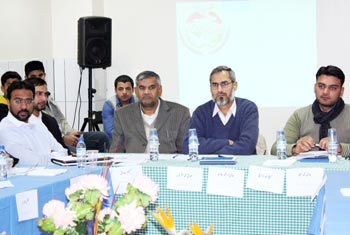 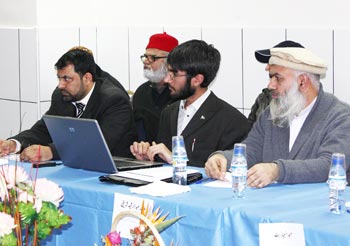 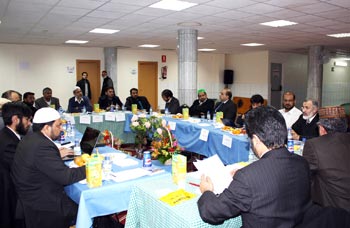 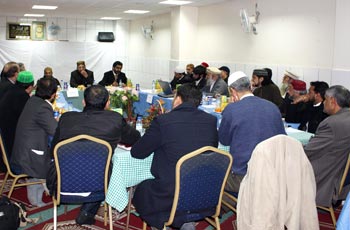 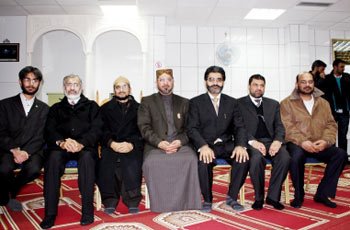 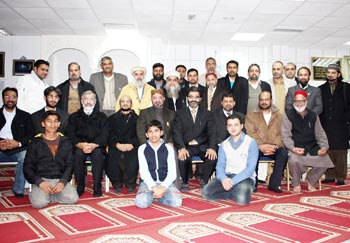