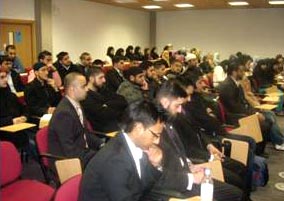 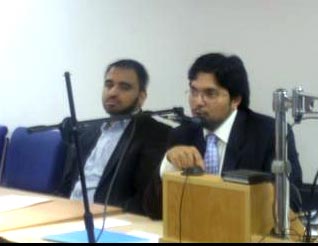 The meeting took place at Wolverhampton University (Walsall Campus) at was attended by more then 60 MYL UK workers from all over Britain.

The opening was conducted by Brother Rehan Raza (Vice President MYL UK) and soon after Sahibzada Hussain Mohi-ud-Din commenced his talk. Sahibzada Hussain Mohi-ud-Din began by saying that the Muslims ruled for over 800 years because they led in various academic fields and the downfall was as a result of their detachment from education. He said that it was a failure of a particular generation which failed to pass on Islam’s golden period. 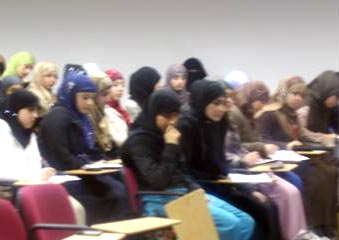 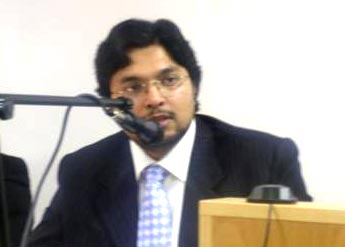 Upon discussing the goals that MYL UK should focus to achieve Sahibzada Hussain Mohi-ud-Din said that: 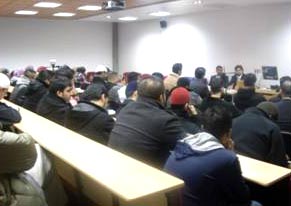 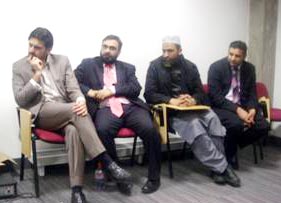 He said that Muslim youth should aim to bring back the golden period of Islam by helping themselves. To do this there is a need to intellectualise Muslim youth. He emphasised the need to help the next generation of the Muslim Ummah by engaging in the work of MYL UK. He said that learning and development is not easy and that it’s all about trying to improve. In the end of his talk Sahibzada Hussain Mohi-ud-Din emphasised that unity is an important aspect and that when individuals are united then work will be largely progressive. On this note he encouraged all Muslim youth to participate in the work of the MYL UK. 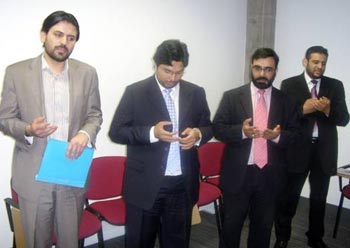 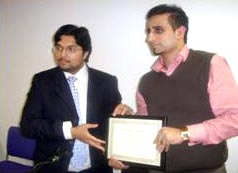 Towards the end there was a 30 minute Question & Answer session pertaining to multiple issues and for guidance. At the close