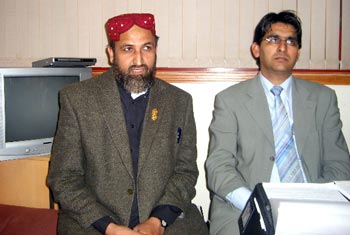 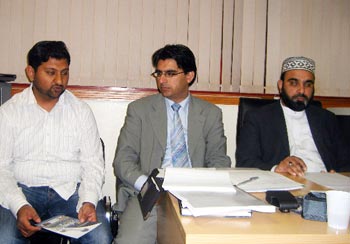 The following delegates participated in the meeting:

The proceedings of the program got under way with recitation from the Holy Quran by Hafiz Shams ur Rahman Aasi Sahib followed by recitation of Qaseeda Burda Sharif collectively. In his opening remarks, Tahir Mohammed welcomed the guests to the meeting and thanked for their whole hearted efforts and support. After this inaugural sitting, Shaykh Muhammad Ramzan Qadri led collective prayer for the departed souls of the relatives of those associated with MQI and martyrs of Gaza, Kashmir and Iraq. 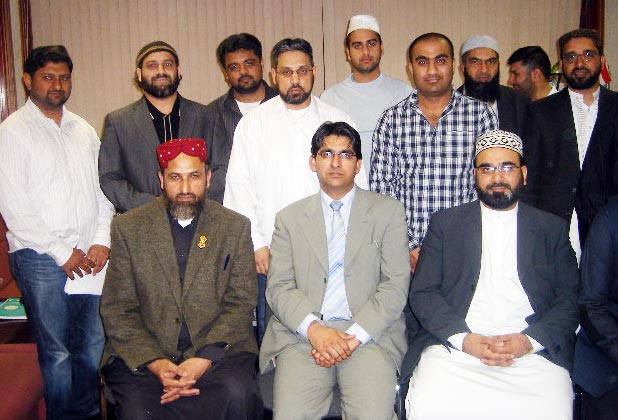 Starting the agenda of the meeting, Tahir Mohammed thanked all the Centres and Tanzeemaats for successful tour of Sahibzada Hussain Mohi-ud-Din Sahib. He added that we need to review our programmes and highlight the tasks where it needs improvement. He further added no matter where an MQI programme is held it is programme of MQI and it is our programme and we need to do our level best to make our programmes successful.

The next point of agenda was, Shaykh-ul-Islam Dr Muhammad Tahir-ul-Qadri Sahib’s 2009 UK Tour. It was finalised and details of the tour will be circulated to all UK Tanzeemaats and European Council and Headquarters.

On the next point of agenda, President Supreme Council Sahibzada Hassan Mohi-ud-Din Sahib and Nazim-e-A’ala Dr Raheeq Ahmed Abbasi Sahib’s 2009 UK Tour. All the members were informed that we have sent draft schedule to Markaz and waiting for approval. Once it is approved it will be circulated to all UK. Tahir Mohammed briefed the delegates about 2009 UK Tours and also details of Workers Convention.

On the next point of agenda, representative of Al-Hidayah Khurram Shahzad briefed the delegates that Al-Hidayah 2009 preparations are well under way and booking s have been started already. He said there are various sponsorship packages and anyone interested get in touch with Al-Hidayah Team. He also informed that MWF UK is helping Al-Hidayah Team with the application processing and Al-Hidayah Team has additional team members to answer telephone email inquiries. Al Shaykh Abu Adam Ahmad al-Shiraazi and Tahir Mohammed appreciated their work on behalf of the whole house and congratulated them for their hard work and tireless efforts. They asked Khurram Shahzad to pass on the congratulations to Al-Hidayah Team. They assured that they will do their level best to support Al-Hidayah Team. 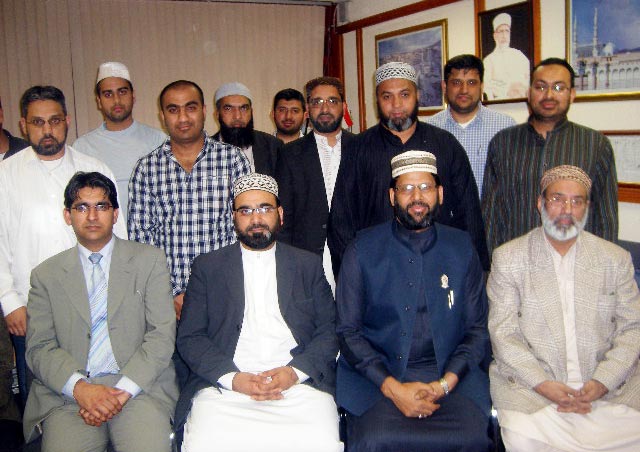 The Representative of Minhaj Welfare Foundation, UK, Hafiz Shams-ur-Rahman Aasi, gave a detailed briefing on MQI's orphan care home project for the orphan children under the name of 'Aagosh'. Hafiz Shams ur Rahman Aasi noted the suggestions from the delegates and will forward to Minhaj Welfare Foundation, UK. He also informed that they are working with Markaz and MQI-NEC, UK on MWF, UK DVD. As per NEC’s demand the MWF is working the DVDs which will be ready for Workers’ Convention which will take place on 28th June.

Al Shaykh Abu Adam Ahmad al-Shiraazi and Tahir Mohammed appreciated the MWF UK’s hard work on behalf of the whole house and congratulated them for their hard work and tireless efforts. They asked Shams ur Rahman to pass on the congratulations to MWF Team. They assured that they will do their level best to support MWF Campaigns and they thanked to MWF UK Team for all their support over the past years especially in Sahibzada Hussain Mohi-ud-Din Sahib’s Tour. They also thanked MWF UK for assisting Al-Hidayah with application processing.