Celebrating the Night of al-Qadr 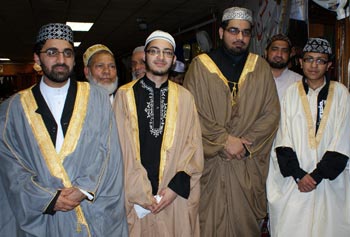 HUNDREDS of people gathered at the Minhaj ul Quran International centre in London on Thursday 16th September 2009 to celebrate the night of Laylat al-Qadr – Night of Power. The night is celebrated by Muslims throughout the world and is regarded as a sacred night. Muslims believe the Quran was revealed to Prophet Muhammad [peace be upon him] on this night. The angel Jibril brought the first verses of revelation to the Prophet [peace be upon him] on the night of al-Qadr - Power. The Quran was revealed from the Lauh al-Mahfuz – the Preserved Tablet. The night is celebrated as Jashn-e-Nuzul- e-Quran or Ihtifal Nuzul al-Quran in Arabic. 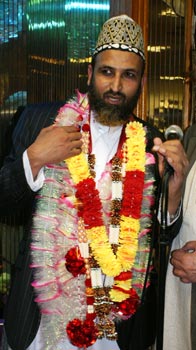 Imam of Minhaj al-Quran centre in London, Shaykh Muhammad Sadiq al-Qurayshi told listeners: “The Quran is a living miracle – a book that is kept in every home, mosque and institution of learning. Al-Quran al-Karim is a revelation that has been protected and preserved by Allah Almighty in its originality and entirety.” The earliest printed manuscripts of the Quran in Europe were made available in Hamburg in Germany utilizing modern contemporary printing methods. Ancient scripts of the Quran were recorded on leafs, skin, wood and cloth.

Hafiz al-Shaykh Zeeshan Jalali, al-Hafiz al-Qari Usama bin Jameel, al-Qari Jameel Ahmad and al-Hafiz Asim Shabbir – experts of canonical reading of the Quran performed its recitation during Salat al-Tarawih prayers held in Ramadan. Al-Hafiz Usama bin Jameel has been leading Salat al-Tarawih prayers for a consecutive period of three years at the London centre. Al-Hafiz Asim Shabbir is the first Hafiz al-Quran produced at Minhaj al-Quran International London since the centre’s inauguration in the summer of 1994. The experienced Huffaz- memorisers of the Quran were awarded in recognition of their expertise and services rendered during the holy month. 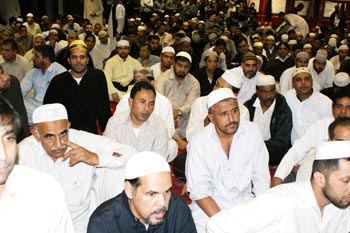