Historical Conference in Denmark under the title Religion and Radicalism 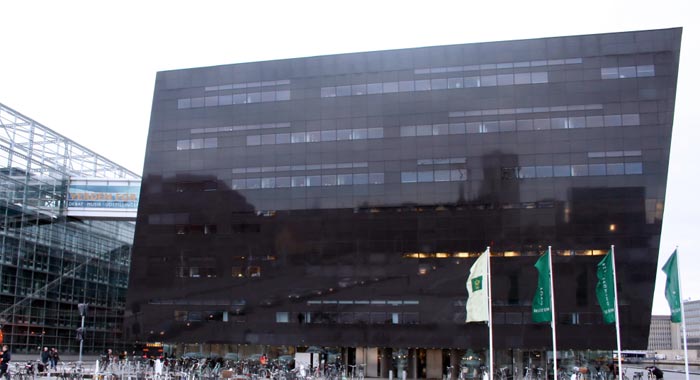 In the serene surroundings of the Danish National Library Minhaj ul Quran International Denmark on October 31st hosted an ambitious conference with the focal point on religion and radicalism. The venue is in Copenhagen a characteristic of the beautiful Copenhagen harbor front and is also known as the “Black Diamand” from its shape and black glass facade as well as its vast collection of contemporary and classical literature underlined the knowledge base this conference was built on.

With the aim of discussing the topic from a generic angle a broad specter of high profile persons with relation to the topic in their profession and research were in invited to speak at the conference.

Among the speakers were

Around 485 people had pre-booked their seats to participate in the conference. Among those Danish Police officers, priests, social worker, delegates from the German ,Iranian, and Pakistani embassy, Danish University students and members of the religious community in Denmark.

The conference was kicked off with a welcome to the city of diversity and tolerance by the Copenhagen Mayor of Integration. Copenhagen is actively involved in assuring freedom of religion and increasing tolerance by giving the different subcultures possibility to maintain their culture and religion. Lately a lot of focus is on building a grand Mosque in Copenhagen as an integrated part of a new city area.

The main focus of the Director of the Danish Security and Intelligence Service (PET) was to collaborate with the different religious groups in order to diminish radical elements as representatives from these groups are much better in touch with their own community than PET.

He stressed the need of the different groups to be proactive in the prevention of radicalism. He stated that the main victim of radical elements is not the surrounding society but the group itself from which the radical elements arise. This is due to the fact that the society gains mistrust and demand for more control over the group.

Dr. Torben Rugberg Rasmussen from the Southern Danish University put the discussion under scrutiny by questioning the mere premises for the debate. He asked whether radicalism really is a society triggered phenomena or if it is really a matter related to the personal psychological conditions of the individual radical subjects. Acknowledging that radicalism arises at the periphery of group cultures he finds it questionable that radical elements should be influenced by the group culture rather than their own mind set. Another important point from Dr. Torben Rugberg was that radicalism may be caused by being far from the core of the religion rather than being close to the religion. Thus, he brings up the argument that ideology of radicalism in itself can be opposite to the religion or group it emerges from.

Dr. Jørgen Baek Simonsen started his talk by the fact that radicalism has been part of every culture since the dawn of man thus diminishing the point that radicalism is only a product of a few specific cultures and religions. He also touched on the area of the radicalization process and stressed the need to promote a positive world view within the religious groups.

As a break in the conference Minhaj Media Group Denmark had created a video with the title "Is this religion?" The video was a photo montage showing on one side the outrageous acts and crimes done in the name of religion and also the harmony and beauty of worship done all over the world. The video moved the audience to tears as the contrast of true Radicalism and true Religion.

Dr. Karen Lise Johansen Karman gave an interesting insight into the activities currently going on in the ministry of integration and mentioned projects aiming at education and activities for young individuals. The basic thesis is that being educated and being busy with productive work will promote a more society positive perception at the targeted group.

Hassan Mohi-ud-Din Qadri finalized the conference with an insight for the non-muslim audience and a reminder for the muslim participants. “Radicalism has no religion” was the opening of his speech. No religion in the world promotes extremism. Hassan Mohi-ud-Din Qadri specified his focus to the Muslim heritage of the traditions of our beloved prophet (SAW) and his followers. He mentioned how non-muslim’s were protected in a muslim society and how places of worship of other religions than Islam were also protected. Even to the extent that Mosques that were built in violation with the rules would be demolished in order to regain the rights of minority religions. He mentioned the Medinan treaty, which as the first treaty of the world explicitly gave rights to minorities and the weak in society. Also in absolute terms forbade extremism and radicalism.

After the conference the panelists joined for dinner and were presented with flowers and books written by Shaykh ul Islam Dr.Tahir ul Qadri. They highly appreciated the initiative by Minhaj ul Quran International Denmark and insured with joint and collective struggle to combat extremism and radicalism. 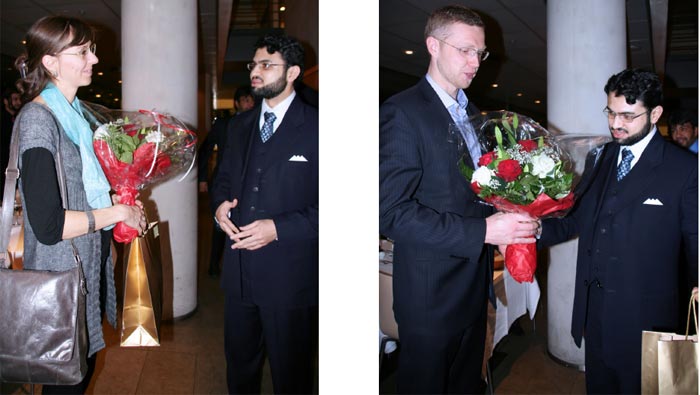 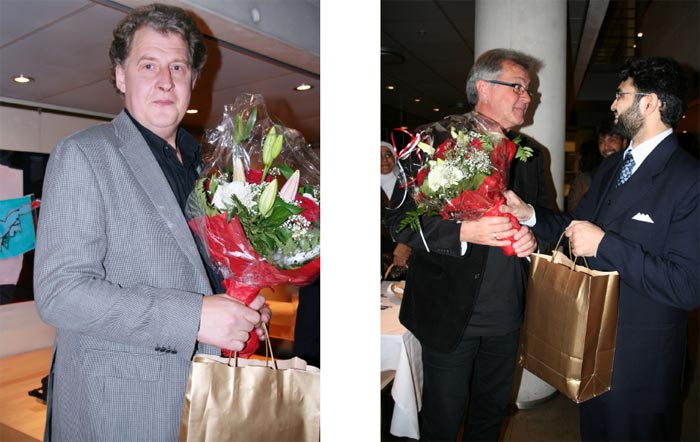