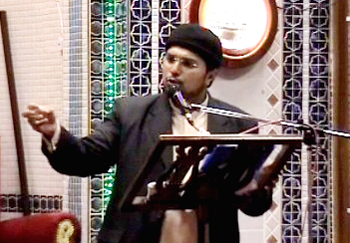 By the Blessings and mercy of Allah and Holy prophet (saw) a programme focussing on the solution of current problems of ummah was organised by MQI Luton. Sahibzada Hussain Mohi-ud-Din Qadri was invited as a Chief Guest and main speaker. The programme was sponsored by managing committee of central Mosque Luton. The programme started immediately after Maghrib prayer. The ground floor of the mosque was almost full with people from all walks of life. Upstairs hall was reserved for sisters. Programme was also broadcast on wireless radio receivers issued to many local inhabitants within five mile radius of the mosque.

The duties of stage secretary were performed by Dr Azhar Javaid. The programme was commenced by the blessed verses from the Holy Quran recited by Nasar Akram. Naat was recited with beautiful voice by Junaid Hameed. Manqabat in the court of Hazrat Imam Hussain was presented by Mohsin Zafar. Dr Raheeq Ahmed Abbasi was invited to express his views on the topic. He has pointed out one of the significant problem of ummah and correlated it to the weakness of iman. He has mentioned how our iman has been attacked by satanic forces all the time despite of performing apparent prayers. He gave detailed analysis of the nature of the attack and methodology to protect iman. He elaborated with reference from Quran and Hadith that iman can only be protected in this period of dispute by joining those guided people who are guaranteed to be safe from satan by Allah. He invited people to join Minhaj ul Quran which under the leadership of Shaykh ul Islam has given best iman protection environment and resources. 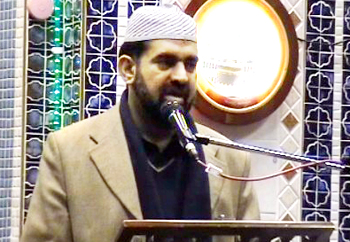 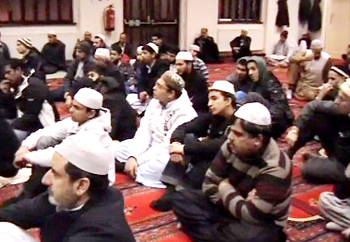 Sahibzada Sahib’s detailed introduction was presented to the audience by Dr Azhar Javaid. Sahibzada Hussain Mohi ud din Qadri Sahib was then invited for his speech with huge slogans from the participants. Sahibzada sahib started his speech with the necessity of extreme love of Allah, His prophet (saw) and Auliya Allah. He then related love of prophet (saw) as the basis of unity of ummah. He stressed by giving the examples of sahbah that only love for prophet (saw) can take the the Muslims out of current deplorable situation. He elaborated through Quran and sunnah that true obedience will make us beloved of Allah and Prophet (saw). He mentioned there are two kinds of people, those who perform prayers at certain times and those who are always stay in prayer. He asked the audience that they should join the lateral one and become the people of love. The people of love never indulge in sectarianism rather they eliminate the division of muslims by love and high degree of tolerance. He asked the participants that they should teach their kids urdu so that they should benefit from vast Islamic literature. He emphasised the parents that they should proud of their children Islamic and Quranic knowledge rather than worldly achievements.

The program ends at Duaa and Ishaa prayer was offered 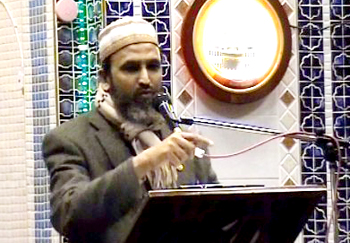 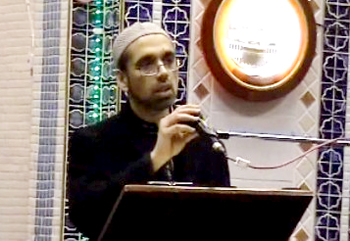