DNA India: At Sufi meet, PM Modi touches hearts of Muslims; says Allah has 99 names and none of them stands for violence 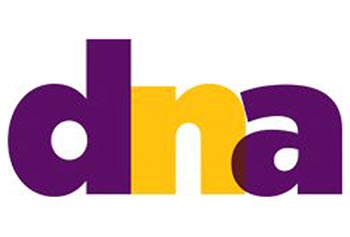 Inaugurating a four-day World Sufi Forum, he also touched on the debate on nationalism, though indirectly, quoting Holy Quran that mankind was one community and synchronised it with the Hindu belief in Vasudhaiva Kutumbakam, the world is one family. Soon as he took the podium and also when he finished his speech, the audience erupted into Bharat Mata Ki Jai, a symbolic statement, in the event, of the controversy raked up by the Hyderabad MP Asaduddin Owaisi and the RSS chief Mohan Bhagwat. Significantly, government’s top Muslim face Vice-President Hamid Ansari is not participating in any programme of Sufi conference.

In a rare speech apparently to reach out to common Muslims, Prime Minister repeatedly underscored the importance of maintaining the diversity and pluralism in Indian society. After the speech, Modi sat and enjoyed qawallis by eminent qawals and a programme of swirling dervishes from Turkey.

“All our people, Hindus, Muslims, Sikhs, Christians, Jains, Buddhists, Parsis, believers, non-believers, are an integral part of India... Diversity is a basic reality of nature and source of richness of a society; and, it should not be a cause of discord,” he added. Delving history of Sufism, he said it was this diversity that has given birth to Sufism. “Sufism blossomed in India’s openness and pluralism. It engaged with her spiritual tradition and evolved its own Indian ethos.”

Returning PM’s overtures, Syed Mohammad Babar Ashraf, the organiser of the programme, said, “Indian Muslims have full faith in the Constitution. Whenever we will be called upon, we will rush to serve our country.”

More than 200 spiritual leaders, scholars and academicians, including Canada-based controversial Pakistani religious leader Dr Tahirul Qadri, attended the event. Qadri, who will also address a public gathering on Sunday at Ramlila Maidan, had led a public protest against Asif Zardari government in Pakistan in 2013 and later against Nawaz Sharif in 2014. Another Pakistani scholar and two-time MP Hamid Syed Kazmi who has faced repeated bids on his life by extremists was also present.

The Sufi event is being organised by All India Ulama and Mashaikh Board, the apex body of Sufi Dargahs in India.

The PM also said in 2015 alone some $100 billion has been spent the world over to combat terrorism. Denouncing terrorism, Modi said Allah has 99 names and none of them stands for violence. And without naming Pakistan, he said, “When spirit and love of Sufism and not violent force of terrorism flow across the border, this region will be the paradise on earth that Amir Khusro spoke about.”

Terrorism, the Prime Minister said, “Divides and destroys us”. “When terrorism and extremism have become the most destructive forces of our times, the message of Sufism has global relevance,” he said. The reach of terrorism, he said, is growing and the toll is rising every year.

“Last year alone, over 90 countries experienced terrorist attacks... Parents in 100 countries live with daily pain of their children lost to the battlefield of Syria.” But the impact of terrorism, he said, cannot be fully captured in statistics alone. “It is changing the way we live. There are forces and groups that are instruments of state policy and design.”

“None had a greater impact than the Sufi poet-musician Amir Khusro. Eight centuries later, his poetry and musical innovation continue to be part of the soul of Hindustani music. No one had spoken of Indian music with such passion as he had.”

“Let us be inspired by the message of Hazrat Moinuddin Chishti. Of all the worships, the worship that pleases Almighty God the most is the grant of relief to the humble and the oppressed.”

Let us remember the infinite humanism in Sufi poet Jalaluddin Rumi’s words, “Contain all human faces in your own, without any judgment of them.”

A creed echoed in the words of the great Persian Sufi poet Saadi, written in the United Nations, that human beings come from the same source: We are one family.

And in the wisdom of Bulleh Shah, “The Lord is mixed in every heart.”