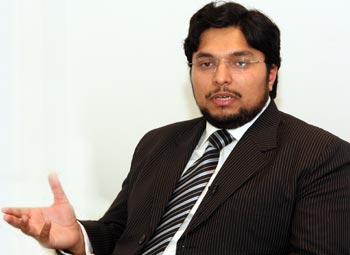 It must be kept in mind that Sahibzada Hussain Mohi-ud-Din Qadri is the first Pakistani and a Muslim student who was ever elected to this position, which has otherwise been the preserve of the English students. Through his hard work and marvelous contributions, Sahibzada sb has been able to break the monopoly of the English. This high-profile position involves looking after the interests of the students besides offering his input to the Syndicate of the University as their representative.