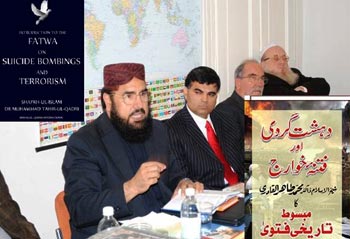 The PhD students, currently pursuing their Doctorates from the Polytechnic College of the Toronto University of Italy, organized the first Dhiker and Naat programme in which Muhammad Ijaz-ul-Haq, cultural attaché of the Pakistani embassy in Milan, was the guest of honour. Allama Hafiz Nazir Ahmad Qadri flew all the way from Holland to Italy to ignite the fire of love for the Holy Prophet (blessings and peace be upon him) in the hearts of the students.

More than 70 students, who are pursuing various programmes on the scholarship scheme of the Higher Education Commission of Pakistan, participated in the programme. About 30 scholars are doing their PhDs, whereas the rest of them are enrolled in Master and Bachelor programmes.

The formal proceedings of the programme got under way with the recitation from the Holy Quran by Misbah Amanullah who hails from Afghanistan. In addition to the Pakistani students, their Italian and Arab counterparts also attended the programme. As a result of multicultural background of the participants, the proceedings of the event were conducted in different languages. 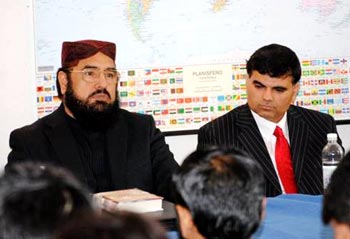 After recitation of the Quranic verses, Naseem Abbas and Muhammad Zeeshan presented Naat in their melodious voices. Mujtaba Bahnam, who belongs to Iran, recited a Prayer from the Submissions of our master Zain-ul-Aabideen (ra) in such a manner as brought tears to the eyes of the audience.

Hafiz Allama Nazir Ahmad Qadri started his keynote speech with the introduction of Shaykh-ul-Islam Dr Muhammad Tahir-ul-Qadri’s Fatwa. The historic religious Decree, which got wide popularity in more than 6000 newspapers, magazines and TV channels, has served to correct the distorted image of Islam in the minds of the people. The Fatwa, a well referenced document with the Quranic verses, Hadith and Juristic opinions of the leading Schools of Thought, proves in crystal clear terms that Islam does not have even a remote acquaintance with terrorism. Islam, whose literal translation is peace, regards the unjust killing of one individual as the massacre of humanity and enjoins its followers to become the embodiment of peace and good. 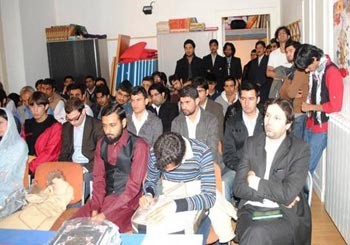 In the second portion of his speech, Allama Hafiz Nazir Ahmad read out different Prophetic traditions about meeting our Muslim brethren for the sake of Allah, and removing their problems. Concluding his speech, he advised the students to work hard in their respective studies and bring laurels to their country through their contributions to the field of knowledge. He ended his speech with Dua for the well-being of the students.

Mr. Ijaz-ul-Haq, cultural attaché of Pakistan, threw light on different aspects of the life and character of the Holy Prophet (blessings and peace be upon him) in his English speech. Dr Mudasser Jeewai, an Italian Muslim associated with various Pakistani universities for teaching purposes, mentioned the project of construction of Mosque near the University campus for the convenience of the students. Dr Mudasser had converted to Islam at the hands of Justice Karam Shah Al-Azhari (late). Afterward, another fresh convert related his story of embracing Islam in Iran and advised the Muslims to act upon the teachings of Islam with sincere heart.

At the end of the programme, Allama Nazir Qadri gifted ‘Irfan-ul-Quran’, Shaykh-ul-Islam’s translation of the Holy Quran to the respected cultural attaché, Ms Imran Shahzad on her representation of girls and Dr Mureed Hussain, a research scholar doing his senior post-Doctorate. 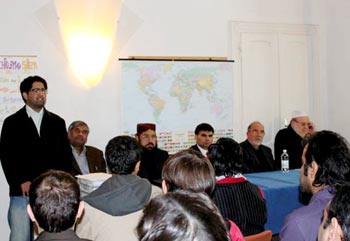 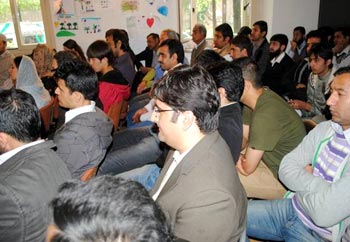 The programme ended with this pledge that this journey of love would continue until the hearts of people become permeated with the Prophetic love (blessings and peace be upon him). The organizers of the programme, who are all PhD scholars in different fields (mentioned against their names) namely Naseer-ud-Din Najafi (Electronics), Nadeem Ahmad (Computer Science), Muhammad Jamal-ud-Din Thaeem (Construction Management), Muhammad Hannan Younis (Physics), Muhammad Sanaullah (Chemistry), Chaudhry Abdul Ghafoor, and Shafique Ahmad (Electrical) have requested Shaykh-ul-Islam Dr Muhammad Tahir-ul-Qadri to offer a special prayer for the protection of their faith.